On The One Show tonight, Alex and Jermaine welcomed the Springwatch pair after an intriguing chat with country singer Dolly Parton. The two, who also appear on Autumnwatch regularly, were on-hand to discuss their time working together on the BBC and their newly-released book, as well as a segment earlier in the show about “hedgehog highways”. However, when Jermaine brought up each of their approaches to preparing for the nature programmes, Chris admitted his step-daughter had already trumped him for professionalism.

“I know you’re both working together now,” Jermaine began. “But Megan, I hear you have a slightly different method to the way you do things.”

The Springwatch star responded to The One Show host: “Well I like to prepare a little bit more.

“I like to meticulously write my notes out and use my coloured highlighters and colour code things, and make sure that I know what’s going on and where.

“But Chris can turn up and just start rambling on about some incredibly obscure species and talk about it for hours on end. That works well for him but I like my notes.” 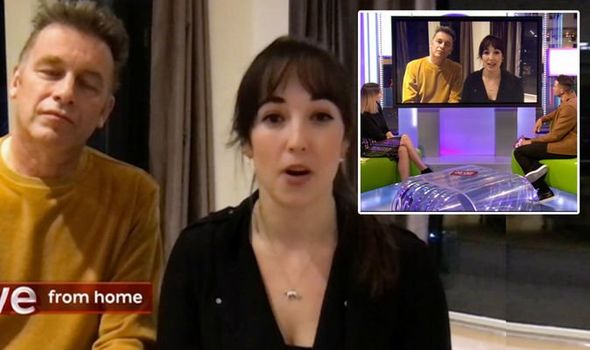 Praising Megan for her methods, the Autumnwatch star weighed in: “To sum that up, already at her tender young age, Megan is consummately more professional than I am at my job.”

Chris’ claims brought laughter from Alex and Jermaine as well as his step-daughter.