While Bethenny Frankel from The Real Housewives of New York City is open to constructive criticism, she dismisses the rage and hatred she received since interviewing Hillary Clinton and appearing on The Ellen DeGeneres Show. 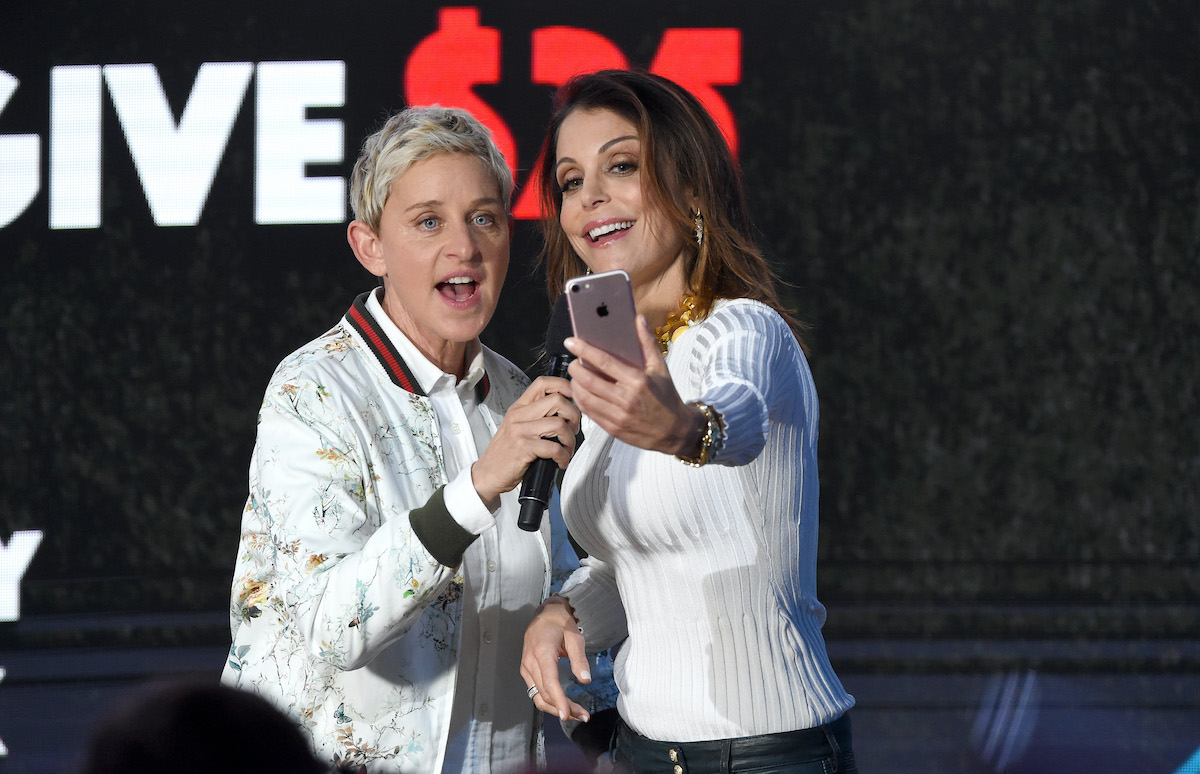 Frankel shared in an Instagram video that she received so many “vomit emojis” and hateful comments, she felt the needed to make a public statement against the anger. While at the same time, she reminded listeners and fans that she will continue to host controversial, polarizing figures on her Just B With Bethenny podcast in an effort to spark conversation.

“My response to the very heated dialogue on my recent social posts,” she captioned the video. “It’s ok to have differing opinions. It’s important to communicate those differences in a constructive manner. The world is in a state of fear, anxiety, and anger and our actions and words have consequences. I come from #APlaceofYES, not a place of hate. Join me and we ALL might learn something.”

She seeks to feature polarizing figures on her podcast

“The response I got was definitely mixed at best,” Frankel shared in her video. “And I’ve never received more, ‘I’m going to unfollow you’ and vomit emojis. I’ve never had more vomit on my Instagram page than today. I’m going to have to take a serious bath.”

She wants listeners to have a conversation and not spew hate

Frankel said she does not think the back and forth of “I’m right, you’re wrong” is constructive. “That to me doesn’t seem to be a constructive way to live,” she said. “And we seem to be angrier than ever. And I think listening to a conversation with a person who is accomplished. Who has been an activist. Who has fought in their life, who is a game-changer, a maverick is a conversation that you might just learn from. I learn from every time.”

“You might see similarities in ourselves with these people,” she added. “And we might see differences. So I’m open to all the criticism. I’m open to the conversation. There’s nothing you can say that’s going to change the direction that I’m going in. But what I think makes people very small is when they can’t use their own vocabulary and they have to gravitate towards vomit emojis, bullying. Calling me a Karen, calling me a racist. It’s not gonna stop me. I’m not going anywhere. It just says more about those people than it does about me or my guests.”