Good Morning Britain has been working hard to bring the most up-to-date news about the coronavirus pandemic to viewers’ screens each day. However they have also been ensuring that the content is also broken up with bout of entertainment news and interviews.

This morning was no different, as hosts Ben Shephard and Susanna Reid gave ITV viewers a break from the virus chat.

Red Dwarf has been on air for almost 33 years, and this evening will see a 90-minute special showcasing a brand new adventure.

The Boys from Red Dwarf all arrived on GMB via video link to chat about the new feature episode – all except Cat star Danny.

Craig Charles, Chris Barrie, and Robert Llewellyn all arrived on screen and were eager to discuss their new show. 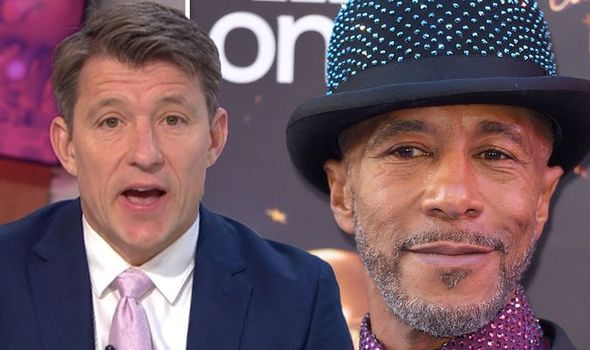 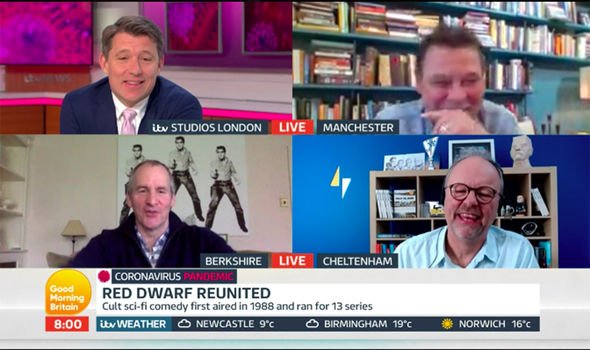 However, the absence of Danny was glaring and prompted the hosts to ask where he was.

Craig jokingly announced he was “still in the bathroom” before explaining Danny is frequently late to their events.

Following some jokes about Danny not making the interview in time, the chat continued to discuss the upcoming Red Dwarf episode.

However, just before the end of the interview, Danny made an appearance. 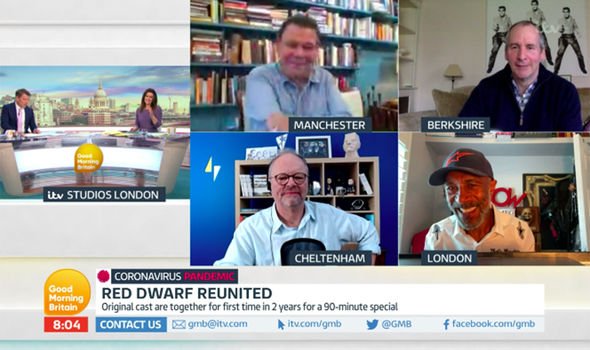 He explained: “I was on the phone trying to connect the lines while I had these text messages coming in saying ‘where are you?'”

Laughing, Ben went on to cut him off as he announced: “Well you’ve made it just in time to say goodbye!”

Viewers found the entire situation quite funny, with some joking about his on-screen character being a diva.

One fan wrote: “Danny was in his litter tray. #GMB.”

Earlier in the show, however, fans of Good Morning Britain were calling for the return of Piers Morgan.

Viewers were not enjoying the more muted style of reporting from Ben and Susanna, and called for Piers to return to work for more days a week.

Speaking out on Twitter, one fan wrote: “@piersmorgan can you start working five days a week Piers? GMB bit boring to be honest.

“I know you don’t need the money but I think you should just do it for your followers.”

Another agreed: “@piersmorgan as we are on lockdown, do you think you could do @GMB more than 3 days a week. The British public need your honesty at this time of national emergency.”

A third chimed in to say: “As much as I love @benshephard on @GMB I do really miss @piersmorgan on a Thursday and Friday.

“Pleeeeease could you do 5 day weeks Piers?! At least while this crisis is going on, your country needs you! #staysafe all of you, you’re all doing an amazing job x.”