Sex/Life is a popular Netflix drama that has made its way to the top spot in the streaming platform’s top 10 most-watched shows. The addictive series, which has been hailed a “guilty pleasure” by fans, stars Adam Demos and Sarah Shahi as the main stars. Fans are keen to know if the steamy couple are dating in real life.

Sex/Life is based on the novel 44 Chapters About 4 Men by BB Easton and it follows Billie Connelly (played by Sarah Shahi) – a stay-at-home mum who yearns for some excitement in her life.

She starts to reminisce about her relationship with ex-boyfriend Brad Simon (Adam Demos), and she is surprised when he reappears in her life.

Despite the fact she is married with children, Billie cannot resist reigniting an old flame and they end up in a very intimate relationship.

Fans are obsessing over the series, despite backlash from critics, and it has already stolen the Netflix top spot.

Viewers are keen to find out more about the real-life relationship between the two leading lights of the series. 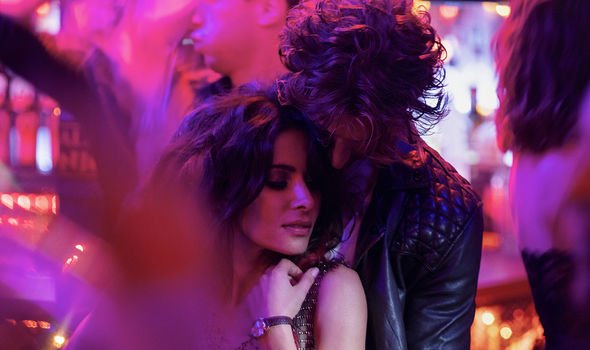 They may be interested to hear Demos and Shahi are actually together off-screen.

According to US Magazine, they began dating due to the amount of time they spent together filming the series.

They are known to have shot many steamy scenes together, so it is no surprise they got close whilst filming.

Damos, 35, recently opened up to The Daily Telegraph about his off-screen relationship with Shahi.

He said: “What I will say and I am always happy to say, is that I am a lucky man and it is happy days.” 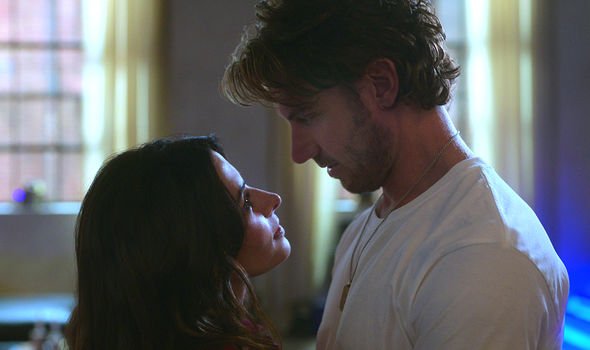 Shahi also made a comment about the “great casting” for the series, adding: “Without sharing too many details because there is a part of my relationship that I protect and that’s for me and him only, I’m very grateful that I met him.”

She continued to praise her partner, calling him one of the best humans she has ever had the chance to meet.

Shahi was the first to be cast in the series, with her casting announcement being made in January 2020.

Then, two months later, Demos was cast alongside Mike Vogel and Margaret Odette, who play Cooper Connelly and Sasha Snow.

Cooper is Billie’s husband in the series and Sasha is Billie’s best friend who is loving life as a singleton. 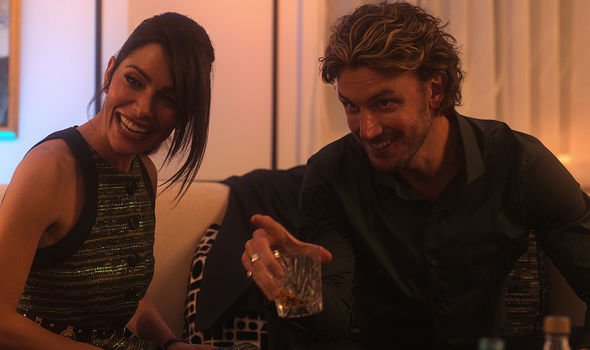 Fans were delighted to see the couple have such a strong relationship off-screen, and they described them as a beautiful couple.

The series has become the latest Netflix obsession and viewers have continued to share their thoughts on social media.

One said on Twitter: “Sex life on Netflix. Wow. Stop studying and go watch this.”

Another said: “I’m currently watching Sex/Life on @netflix and I’m enjoying every single moment. I need more seasons after this one is done.”

A third added: “Wow, ok..#SexLife on Netflix is good. Definitely got my attention.”

Sex/Life is streaming on Netflix now