ANGELINA Jolie was joined by two of her sons as the trio grabbed hot dogs in New York City.

The movie star looked glam as she lunched with Pax, 17, and 12-year-old Knox following the news ex-husband Brad Pitt has won joint custody. 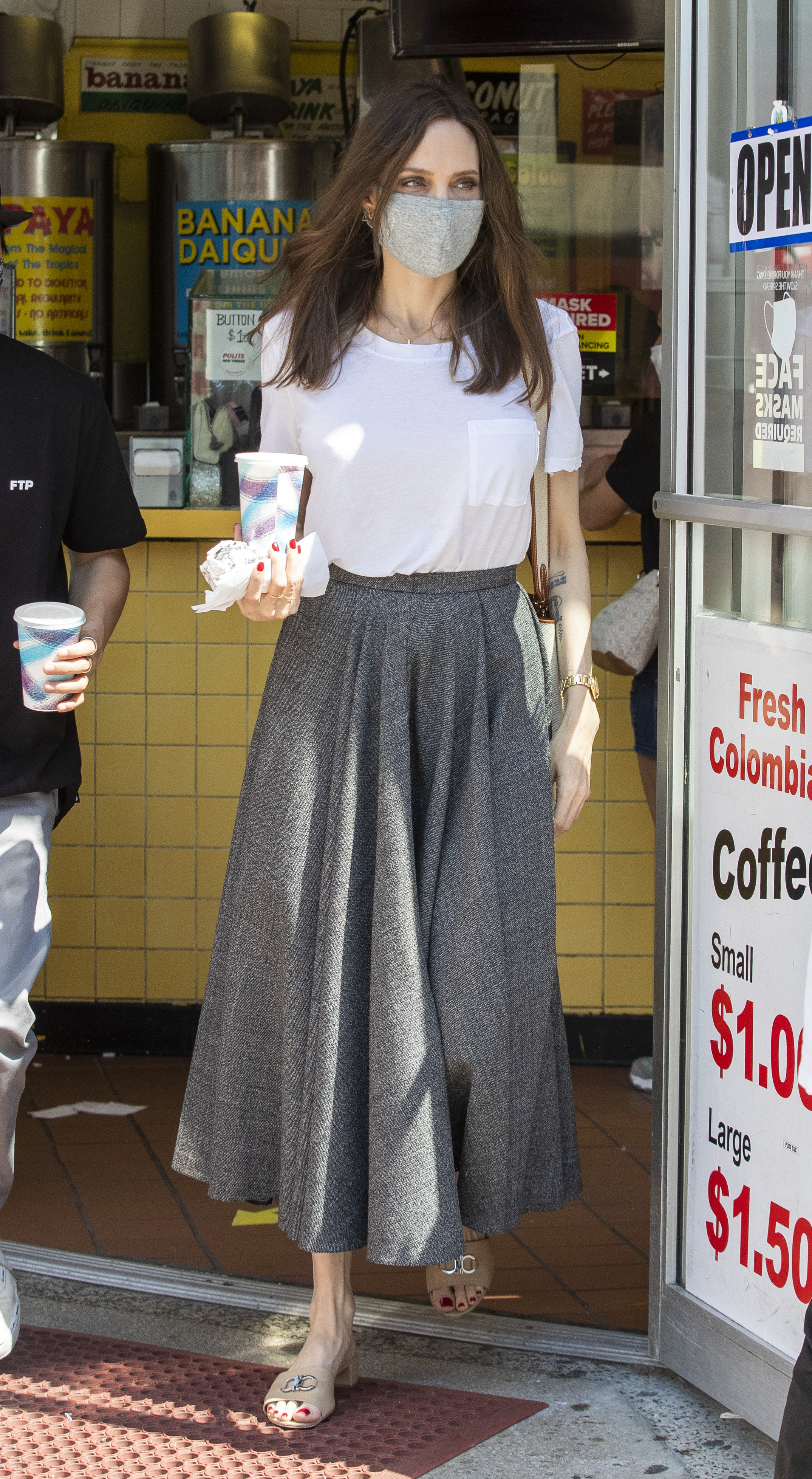 Angelina, who recently celebrated turning 46, is in New York with all six of her children – Maddox, 19, Pax, 16-year-old Zahara, Shiloh, 15, and twins Vivienne and Knox, who turn 13 next month.

But it was only two of her boys who decided to join the Maleficent star on her day out.

Effortlessly chic in a flowing grey maxi skirt and crisp white shirt, the actress had no issue standing in line to order her bargain meal from the infamous Gray's Papaya.

Angelina teamed her look with a cream and tan Louis Vuitton bag, plus the mandatory face mask needed for protection against coronavirus while out and about. 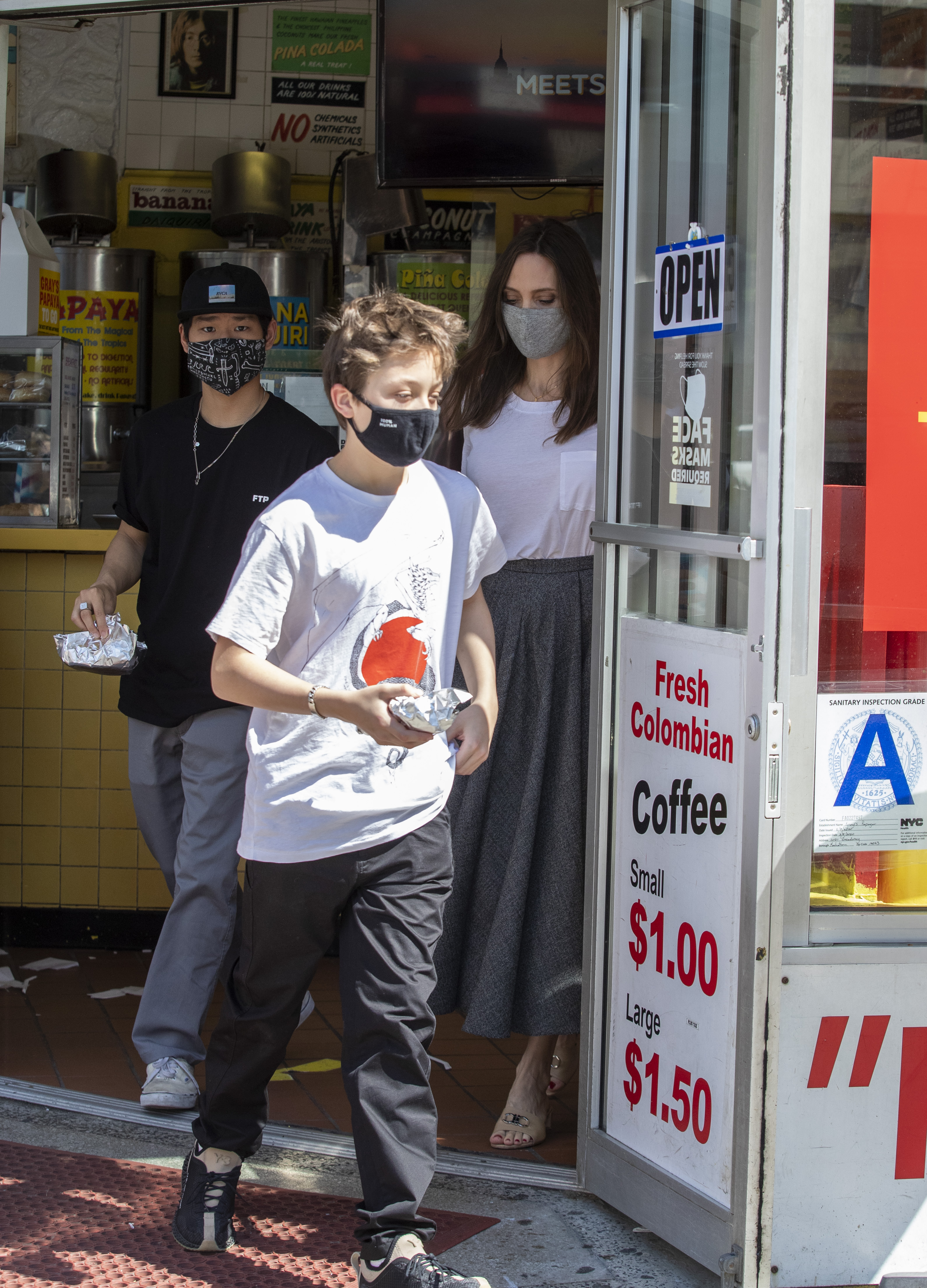 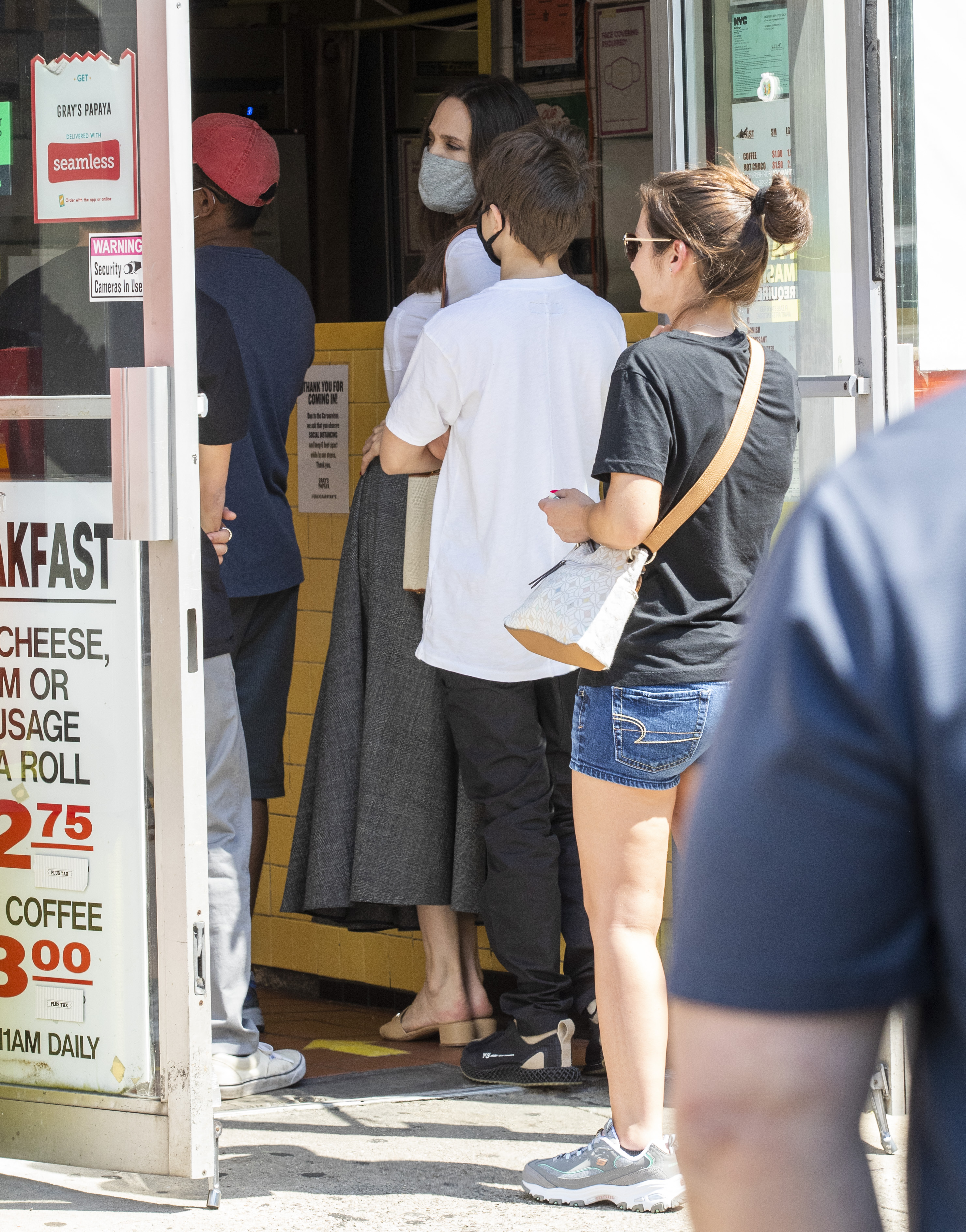 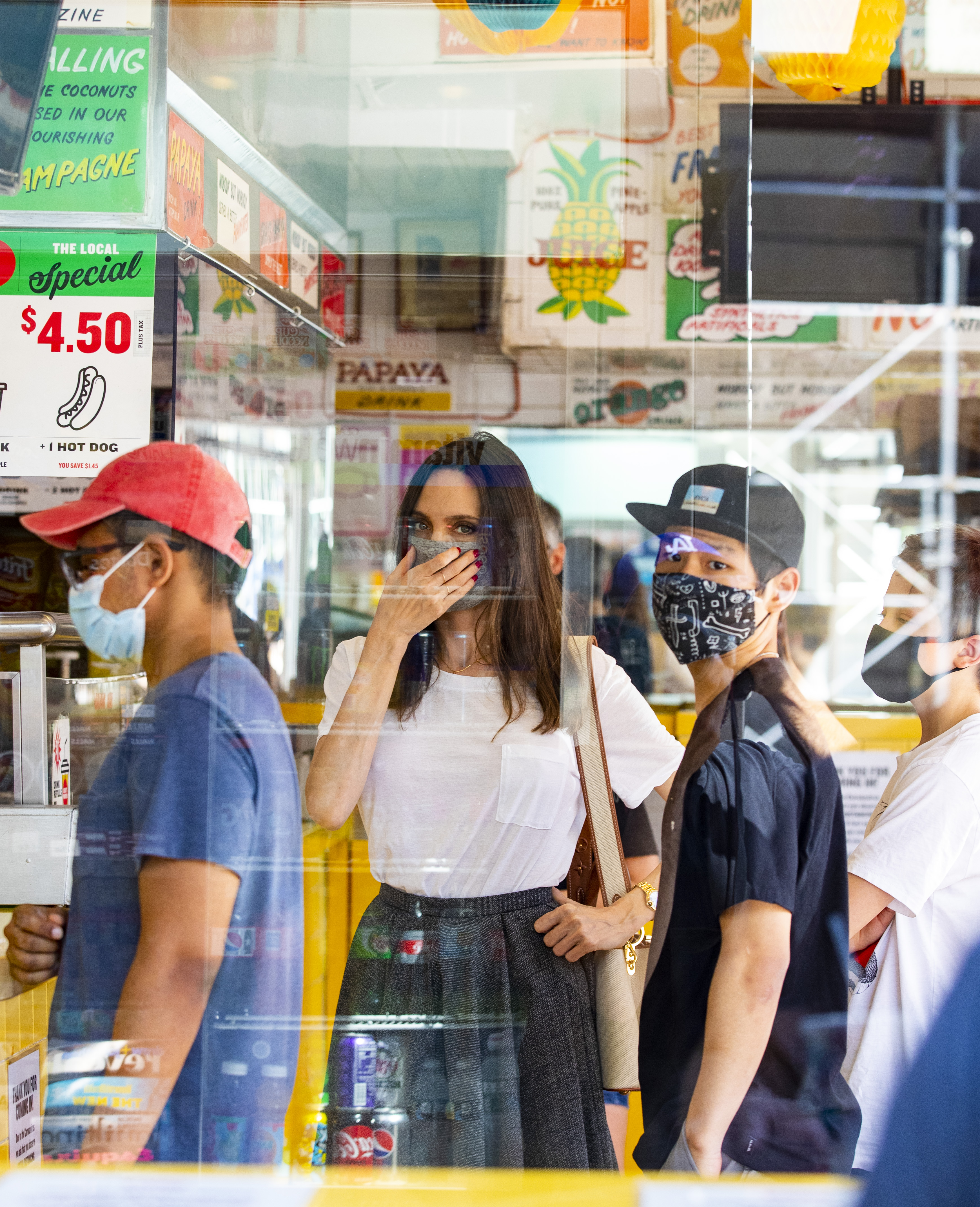 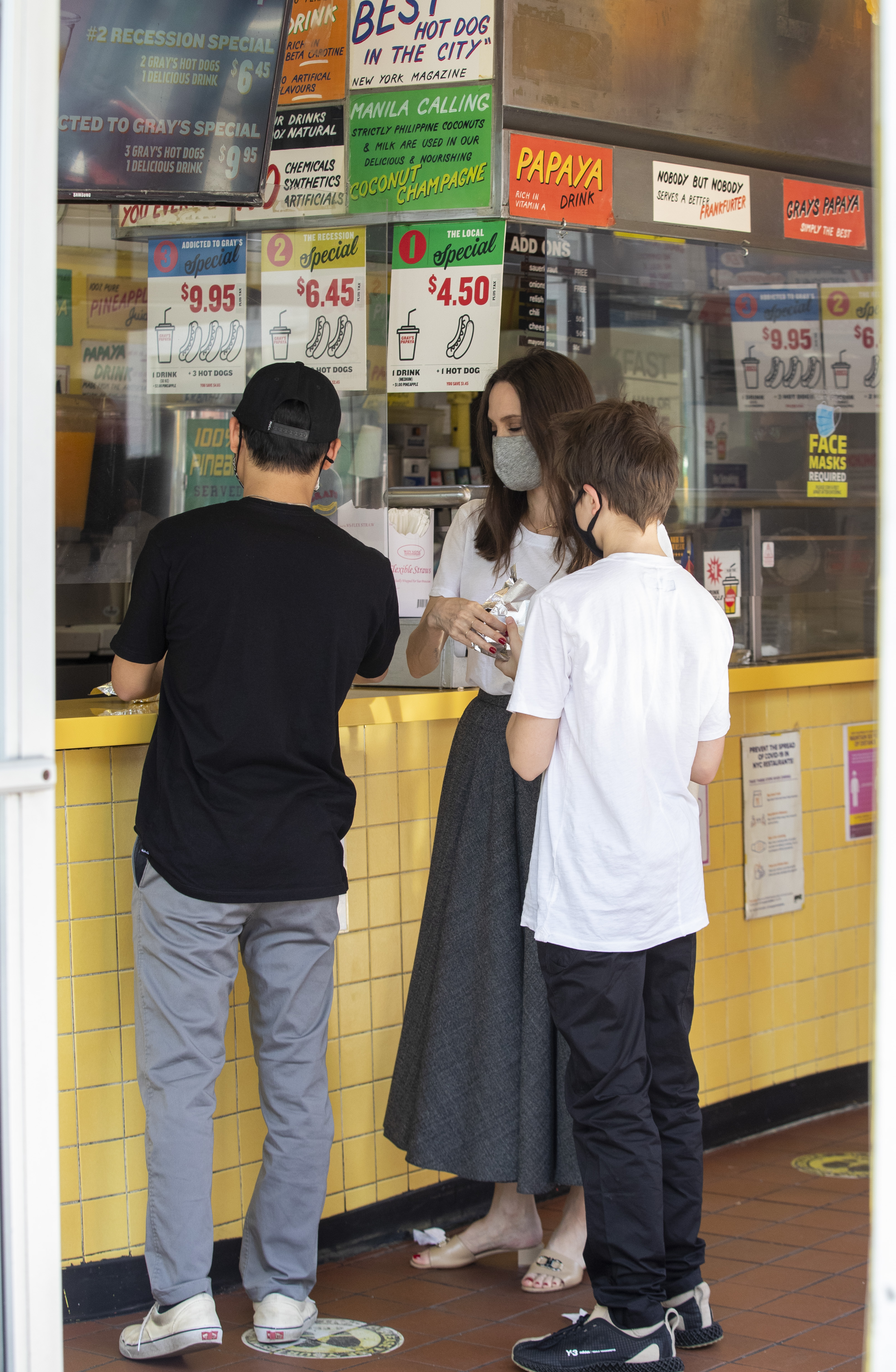 The family trip is a continued celebration of Academy Award winner's recent birthday, which she originally marked with a dinner in LA surrounded by her brood.

The A-lister is currently embroiled in a custody battle with her ex, Brad, 57.

A temporary ruling issued by a judge on May 13, gave the former duo shared custody of their children, except for Maddox, who at 19-years-old is no longer a minor. 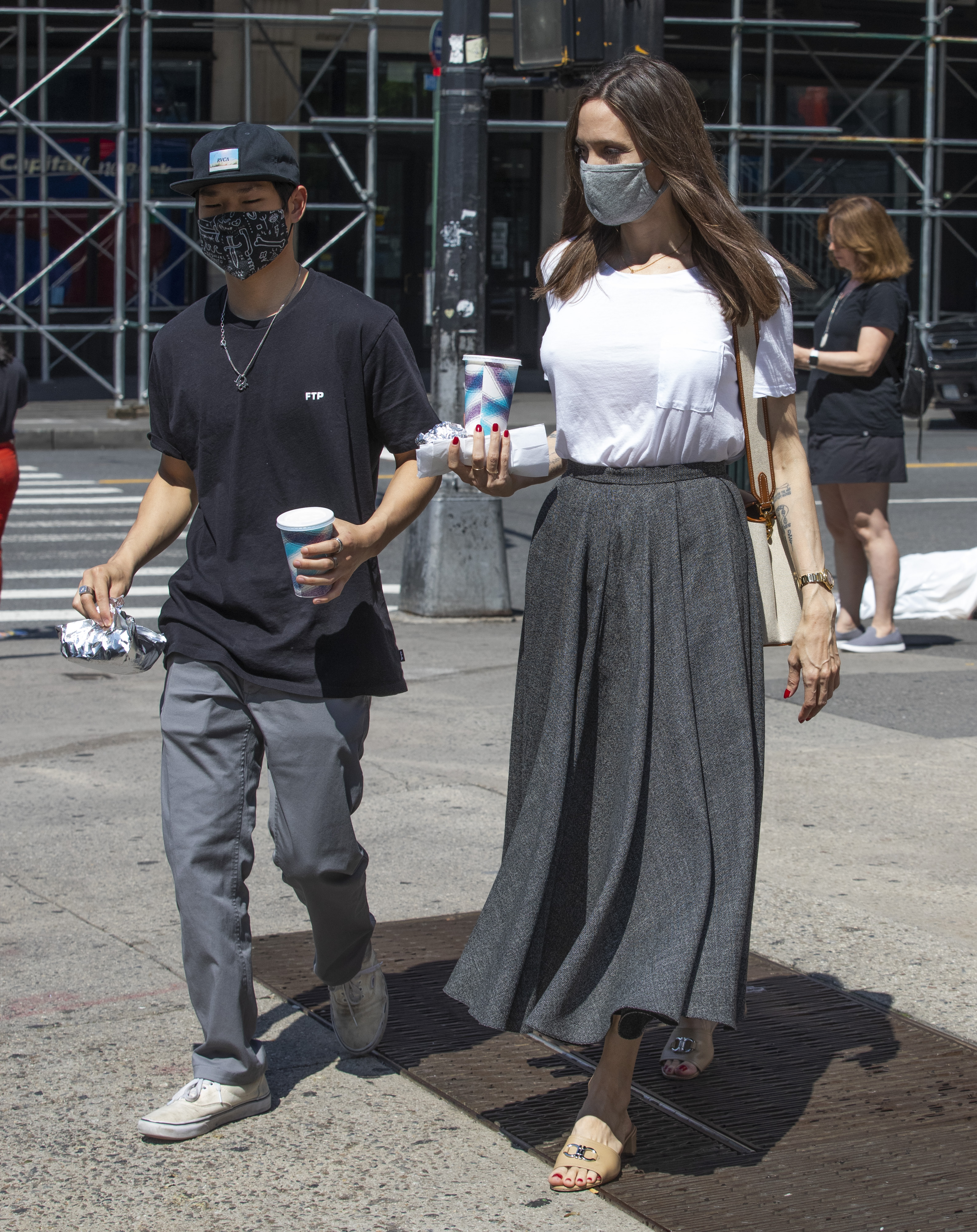 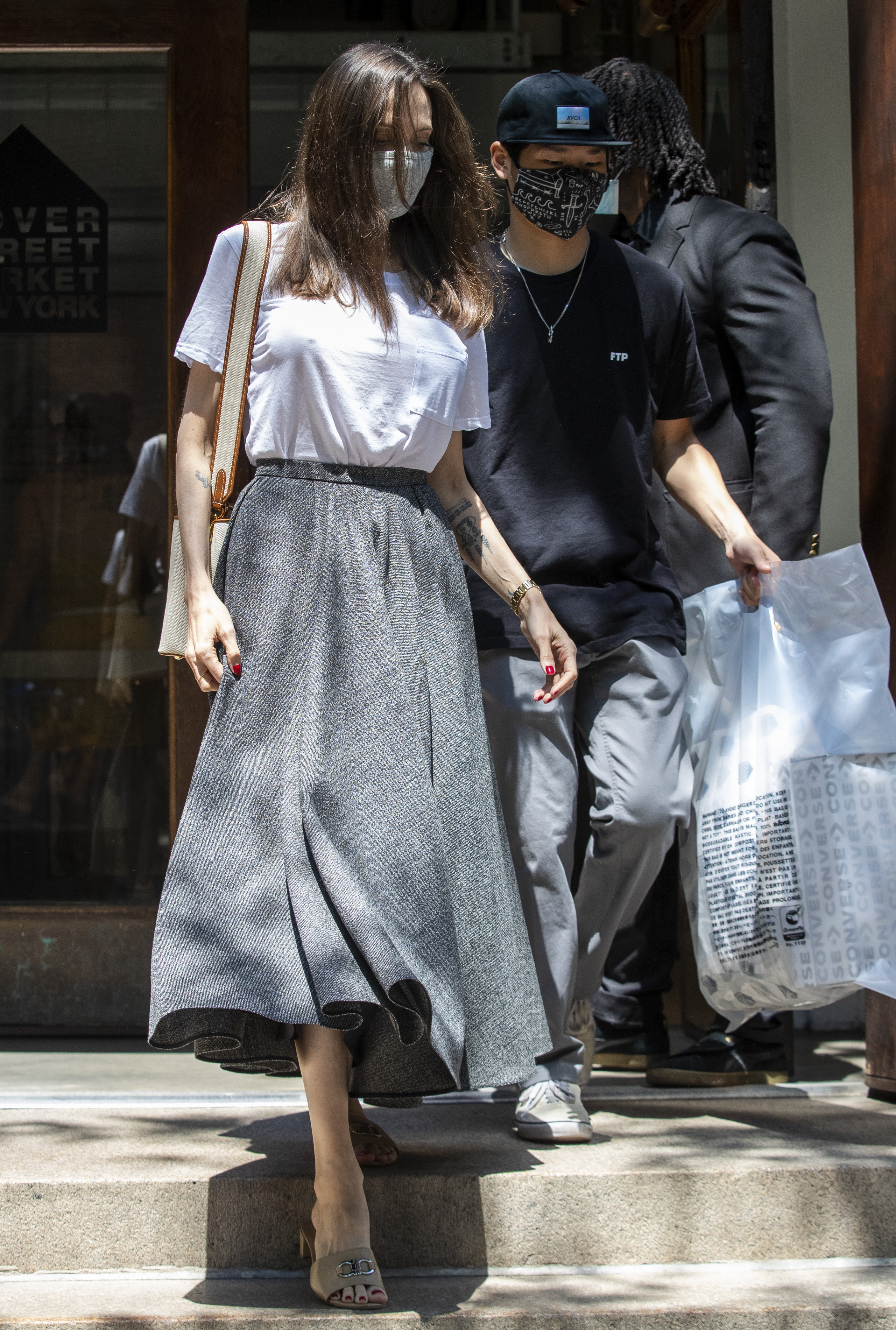 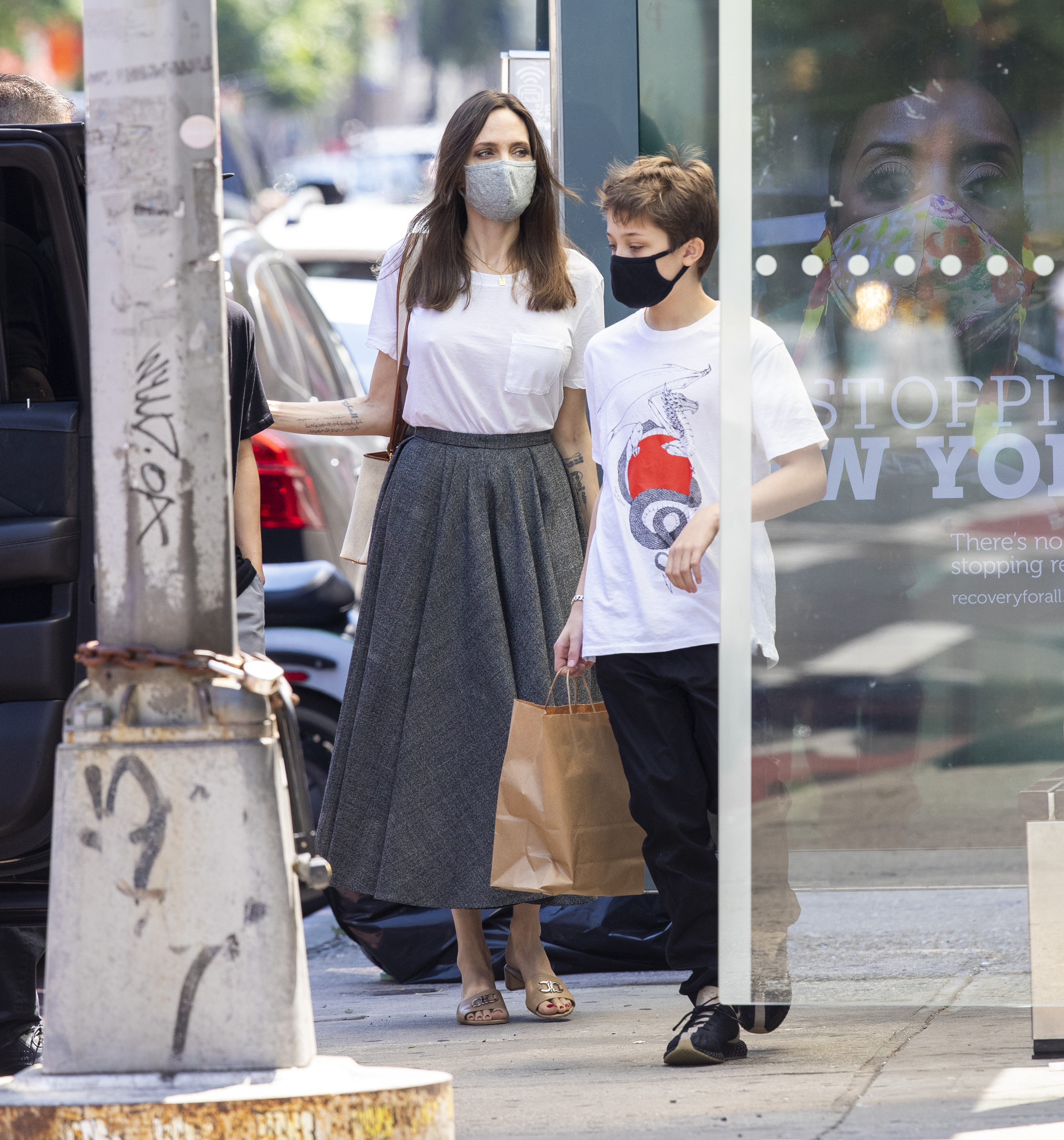 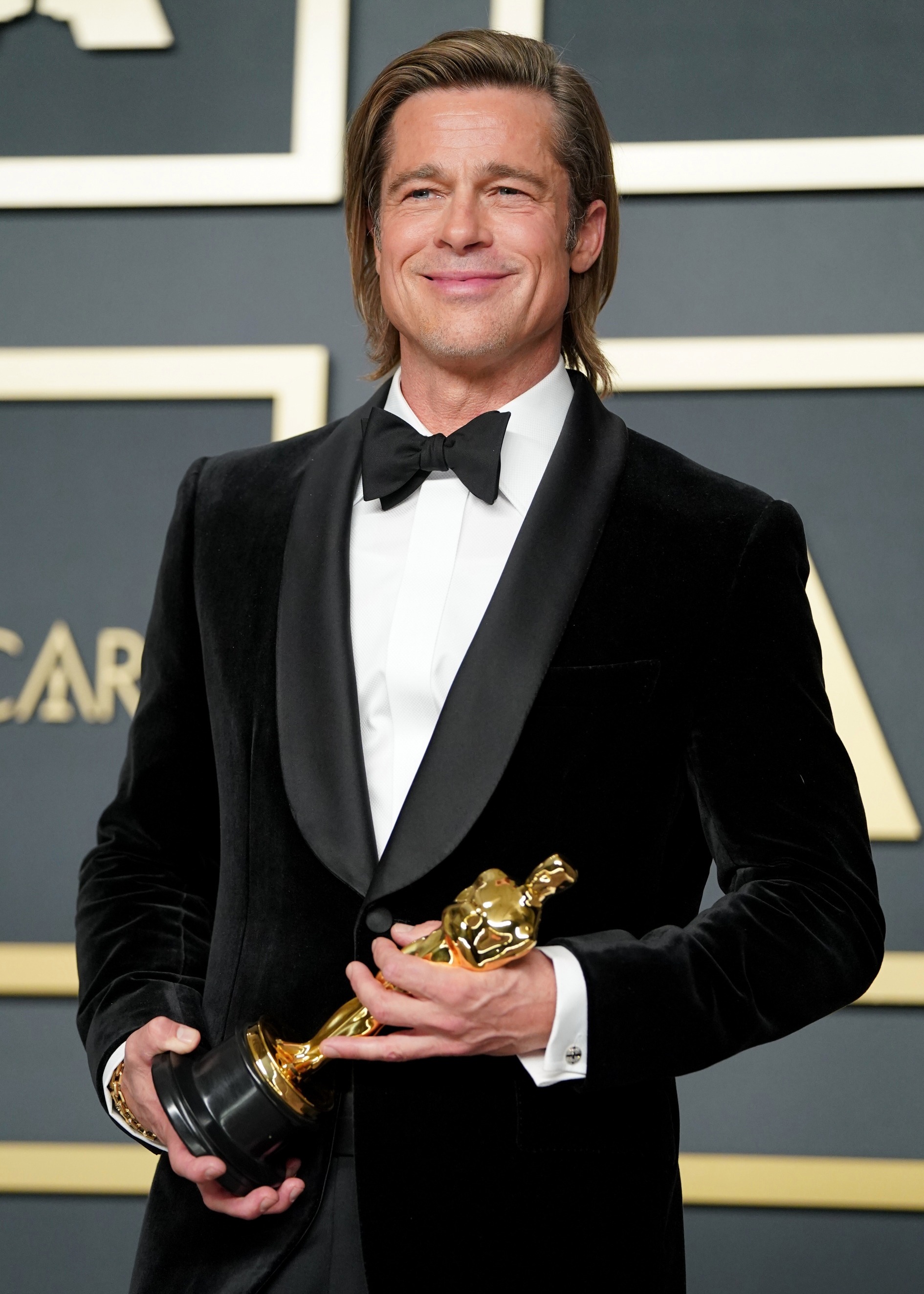 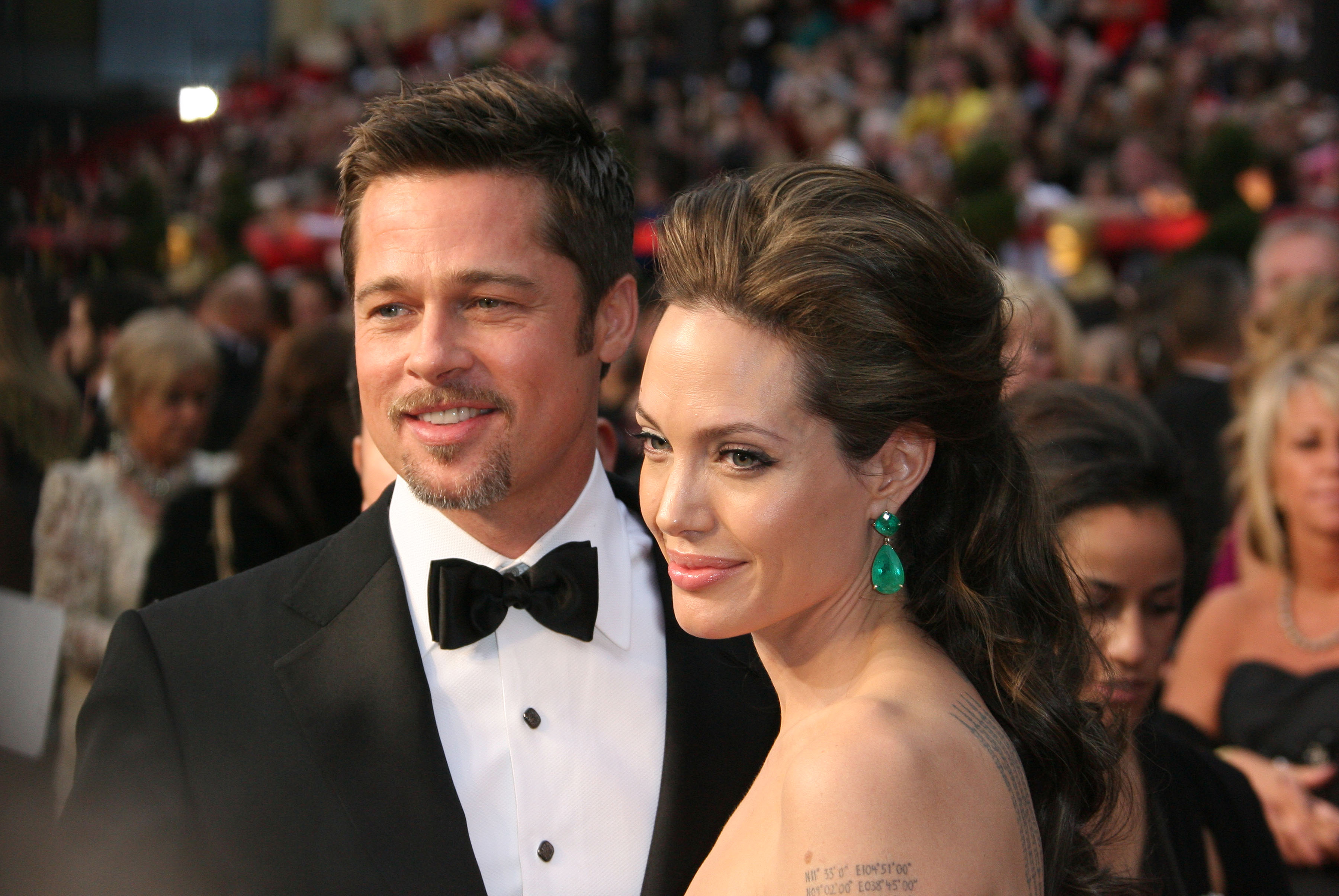 Angelina and Brad have been at war since their 2016 divorce, with the actress bidding to retain custody of their children amid allegations Brad was "abusive" to their then 15-year-old son Maddox during a private jet flight from France to the US.

Last month a judge handed Brad a major victory in their dispute, agreeing to give him 50/50 custody of their children after she blocked access.

While Brad is thrilled by the decision, a source close to the drama has revealed the Tomb Raider star is “bitterly disappointed.”

Yesterday, a source told In Touch that the actor views the ruling as a “fresh start,” adding: “He’s over the moon now.” 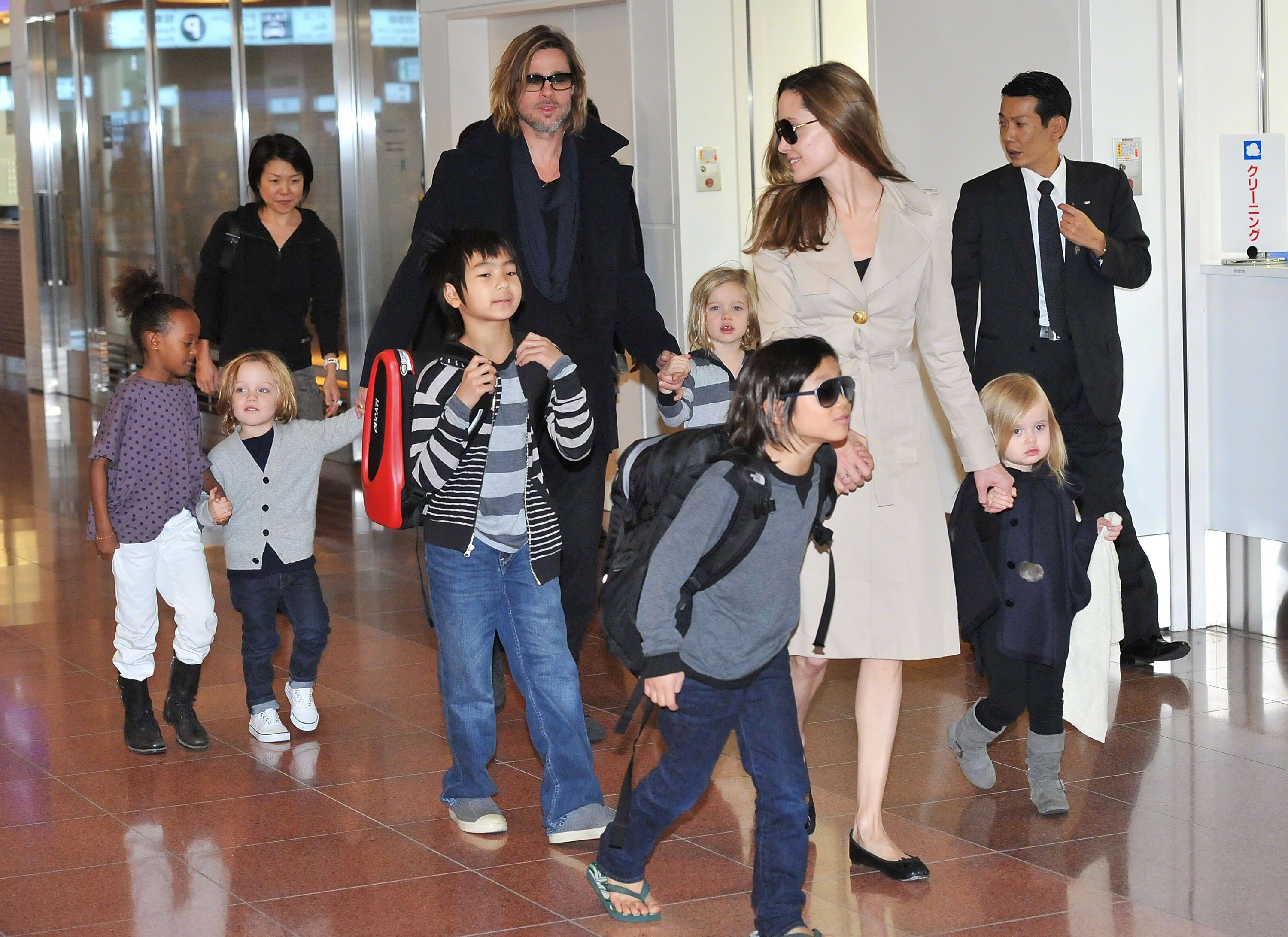 The insider claimed that the court battle was a “nightmare,” though Brad is happy that the legal drama is “behind him” for now.

Additionally, Brad reportedly “feels like he’s finally gotten a fair chance in his years-long court battle with Angie over the kids.

The source concluded: “Brad is more content today than he’s ever been.”