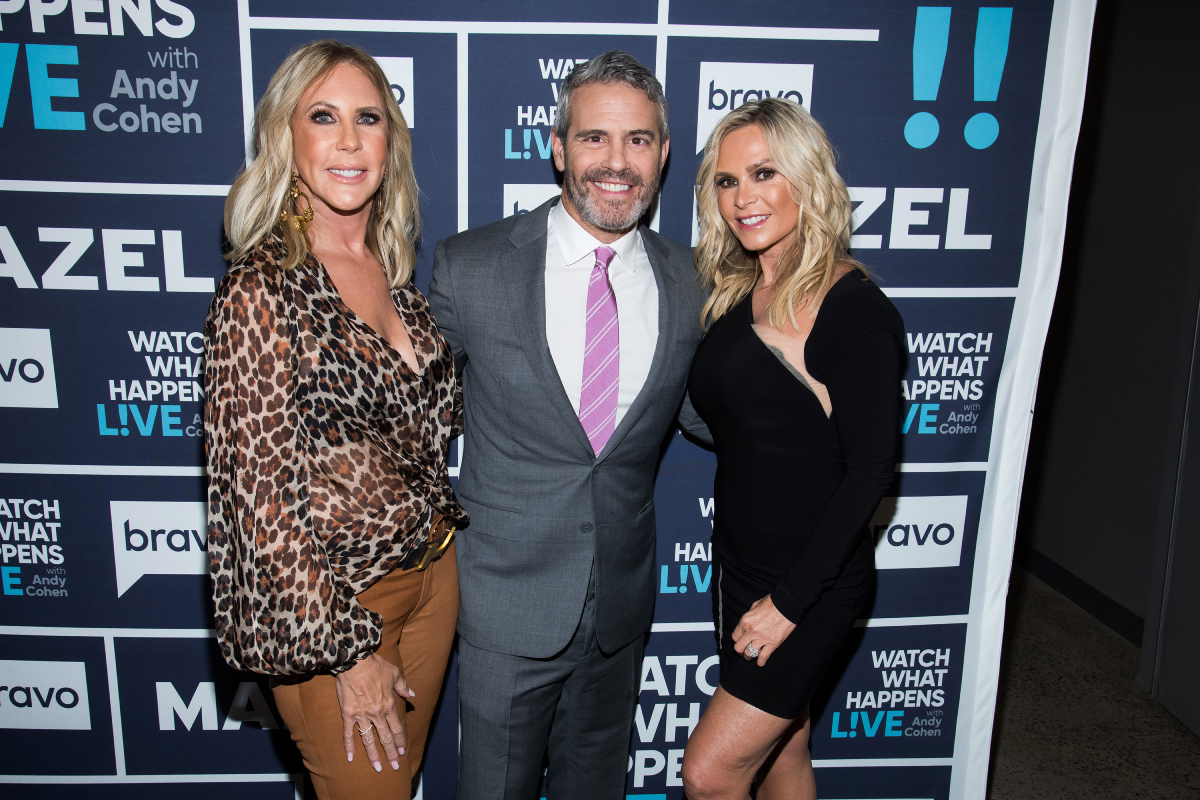 Real Housewives of Orange County season 16 is coming soon, and Andy Cohen promises that it’s “fantastic.” During a recent interview, the RHOC executive producer said they knew cast changes had to be made after a disappointing season 15. And Cohen confirmed they “got the assignment.”

There was a major cast shakeup on RHOC ahead of season 15 when Tamra Judge and Vicki Gunvalson called it quits after 12 and 15 seasons, respectively.  They also gave Elizabeth Lyn Vargas an orange. But the dynamic just didn’t work.

Ahead of season 16, another cast change was announced. This time, they got rid of Elizabeth after just one season. Bravo also gave Kelly Dodd and Braunwyn Windham-Burke their pink slips, and they made the decision to bring back Fancy Pants herself, Heather Dubrow. Which Cohen admits he is “very excited” about.

She will join Shannon Beador, Gina Kirschenheiter, and Emily Simpson in the main cast for RHOC season 16. New additions Noella Bergener and Jennifer Armstrong will also be added into the mix.

Back in August, Cohen told Entertainment Tonight that it was the “right time” to bring back Heather after a four season break.

“I think it was the right time, not only because I think the fans were asking for it, but it’s always fun to bring back an old friend and see an old friend,” Cohen explained. “But also I think it was a great time to get back to some of the aspirational luxury that the Orange County franchise launched with, and that Heather certainly represents.”

Cohen also revealed that Heather formed a friendship with Gina, and he thinks fans will be “pleasantly surprised” by their relationship.

After it was revealed that Bravo would bring Real Housewives of Orange County back for another season, Cohen promised that viewers wouldn’t be bored. He told ET that cast changes had to be made ahead of season 16, and he doesn’t think fans will be disappointed.

“OC is back and we got the assignment! We knew what we had to do. We did it. I’ve seen the first two episodes and it’s fantastic,” he revealed.

During an appearance on Bravo’s Chat Room in August, Heather dished on her return to RHOC after a four season absence. She wouldn’t reveal too many details, but she did say she doesn’t “need backup” when asked about who she was hanging out with in season 16.

Heather also told Gizelle Bryant and Porsha Williams: “We’re about to go on a trip on the show, and it seems as though there may be a little shake up — a little plot twist — about to happen on this trip. All I can say is…it’s going to be fun.”

With all of the cast changes ahead of season 16, many fans were hoping for the return of Tamra Judge. But the CUT Fitness owner has revealed that she has no plans to return to the Bravo series.

During a Q&A on her Instagram Story, a fan told Tamra that they couldn’t wait to see her on RHOC with Heather. In response, Tamra wrote, “Sorry, not happening! Concentrating on the future, not the past.”

Season 16 of Real Housewives of Orange County is expected to premiere on Dec. 1 on Bravo.