The Bachelorette is officially done filming (a full 7 days early! so many questions! what does it all mean!), and in just a few weeks we’ll get to watch Katie Thurston date a bevy of bachelors on national TV. The date? June 7, 2021. The location? Sunny New Mexico, aka the Land of Enchantment, aka one of the most beautiful places in this entire country!

Due to the ongoing *deep sigh* coronavirus pandemic, Katie’s season was entirely filmed at just one location in order to ensure that everyone—including cast and staff—were in a “bubble” and stayed safe (think quarantine…frequent tests…you know the deal). And this time around, producers booked the Hyatt Regency Tamaya Resort and Spa, a gorgeous luxury hotel just outside Albuquerque, about an hour away from Santa Fe.

Here’s everything you need to know about the resort in case you’re suddenly feeling inspired to book a stay the moment it’s safe to travel.

Tamaya Has a Rich History

Tamaya Resort and Spa is “nestled on 550 acres of the Native American Santa Ana Pueblo between the Sandia Mountains and the Rio Grande River,” and is “steeped in over one thousand years of rich history and culture.”

Per the Santa Ana Pueblo’s website, “the members of Santa Ana, the Tamayame (the name of the people in our Keres language), have lived in our present location approximately sixteen miles north of Albuquerque, New Mexico, since at least the early 1500s. Since the early 1980s the Pueblo has actively pursued a strategy of developing tribal enterprises, seeing economic independence as crucial to maintaining and safeguarding our traditional concepts and values.” 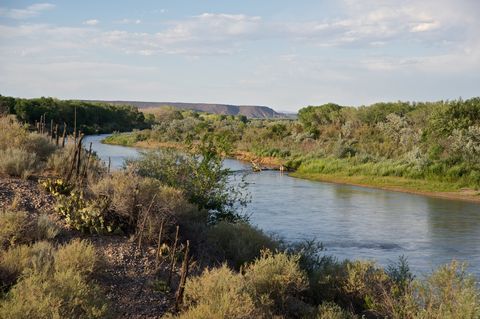 There’s a Ton to Do There

With sweeping views of New Mexico’s famous gorgeous sunsets, you could probably be pretty happy just chilling in one of Tamaya Resort and Spa’s 350 guest rooms—or one of their 23 suites (which are presumably where Katie and co-hosts Tayshia Adams and Kaitlyn Bristowe stayed!). But The Bachelorette will likely take advantage of some of the activities the resort has to offer, including: 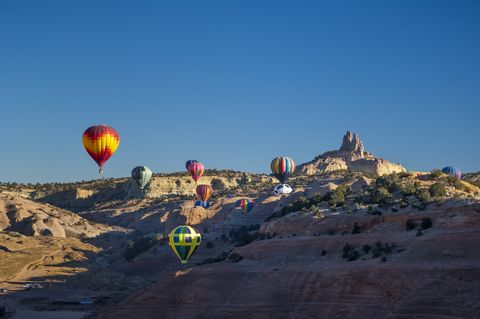 Also, these horse stables are gorgeous so here’s hoping Katie has a date there:

Sadly, ABC has been doing the very least with promos for Katie’s season (give. us. real. footage.), and Katie herself wasn’t allowed to post anything during her time on set for fear of ~SPOILERS~. But fortunately Tayshia Adams and Kaitlyn Bristowe both had access to their phones, and shared a fair amount of content from their stay at Tamaya Resort and Spa.

Yes! Rooms at the Tamaya Resort and Spa go anywhere from $147 to around $300, depending on the time of year and how fancy you wanna get.

BRB while I go book myself a stay, bye! But actually, before I go, 1) head here for spoilers from Katie’s upcoming season—including who won her coveted First Impression Rose and speculation about her finalists, and 2) please be advised that Katie recently hopped on Instagram to make it very clear she’s not wearing a ring post-show. What does it all mean? All our best (read: most deranged) theories are right this way.

You love all the news and spoilers on your Bachelor Nation faves. So do we! Let’s obsessively talk through them all here.