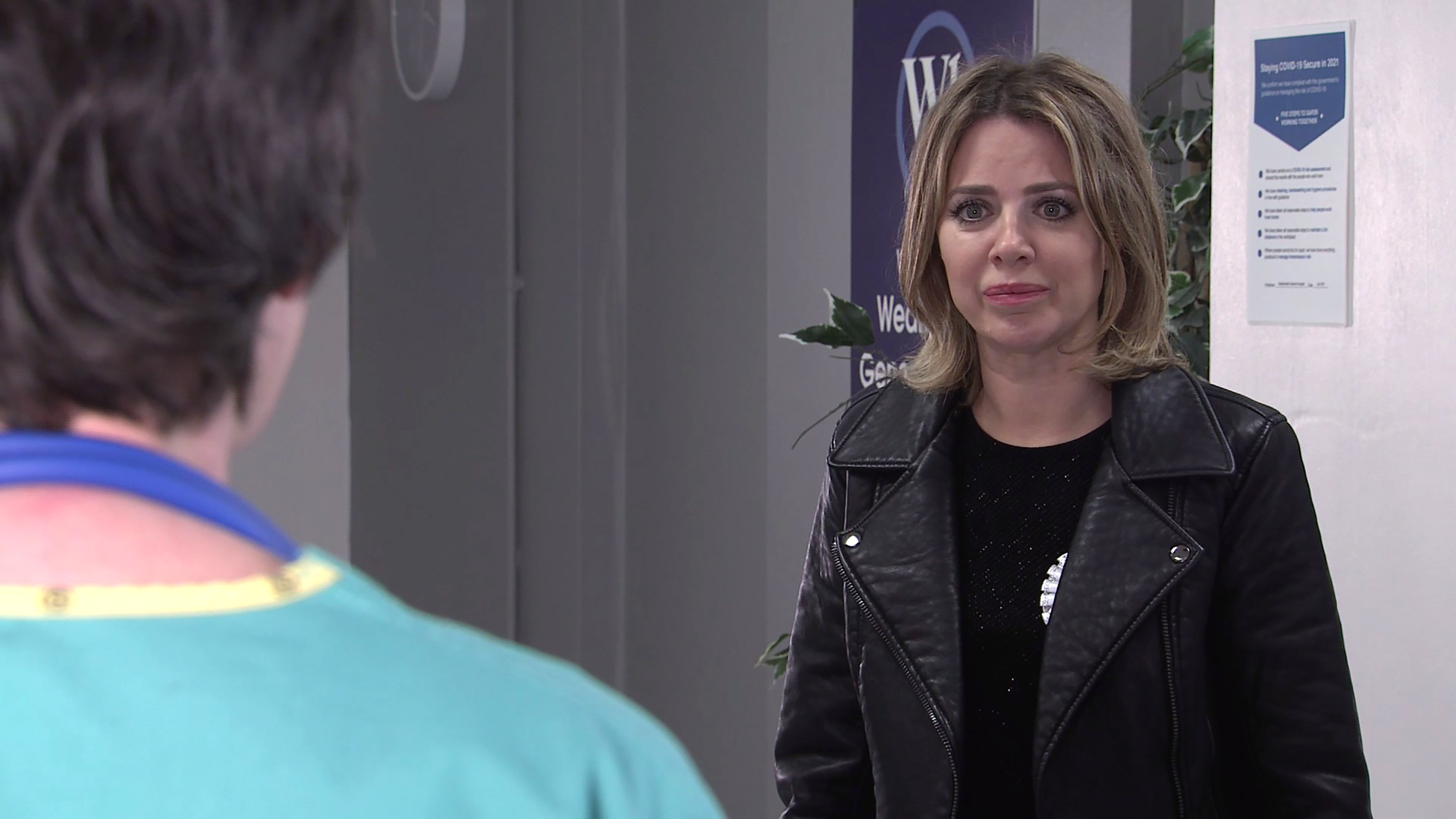 Coronation Street’s Abi Franklin (Sally Carman) makes a drastic decision to cancel her wedding, when she discovers that son Seb (Harry Visinoni) has been violently attacked.

The stalwart of the ITV soap has been eager to marry Kevin Webster (Michael Le Vell), and next week, she’s on cloud nine as the ceremony inches closer.

In fact, she assures her groom-to-be that nothing will spoil their big day!

Seb, meanwhile, enlists Nina Lucas’ (Mollie Gallagher) help in looking for a necklace to give to his mum on her wedding day.

The young man later presents Abi with said necklace, after she asks him to give her away.

Abi, overjoyed, tells her mates that she’s never been so happy.

Little does she know what’s about to happen!

Seb joins Nina for a stroll along the canal, when they bump into Corey Brent (Maximus Evans), his mate Eli, and a bunch of other thugs.

Summer leaves, while Kelly Neelan (Millie Gibson) – egged on by Corey – slaps Nina across the face!

The conflict is aplenty, and Nina and Seb therefore decide to hightail it out of there – but the gang give chase.

Nina and Seb are subjected to an unprovoked and vicious attack, which leaves them in hospital.

Ab is horrified when the police arrive to break the devastating news to her that her son has been attacked, and in the hospital, she attempts to process the extent of his injuries.

The doctors, however, are hopeful that the young man will make a full recovery.

How will Kev react?