90 Day Fiancé couple Big Ed and Rose have taken fans of the show for quite a ride. Big Ed has had to face down plenty of criticism from fans for his behavior during his time on the show. The 54-year-old, despite trying to win over the 23-year-old Filipina, has instead insulted her several times on the show. Additionally, he’s exhibited a lack of tact when it comes to her family’s poverty. Ed’s behavior, coupled with Rose’s irritated facial expressions, have fans wondering whether these two manage to make it work. [Warning: possible spoilers ahead.]

Big Ed has not been very tactful in his efforts to win over his 90 Day Fiancé love. In fact, he seems more concerned with his own happiness than making Rose feel comfortable. This was made apparent when Big Ed decided to tell Rose she should shave her legs.

After an uncomfortable night together with Rose, Ed decided to drop the bomb. He told Rose, “Um, don’t be mad at me, but um, I noticed your legs were kind of like mine, they were hairy. Would you shave your legs?”

It’s worth noting that this is the first time Ed has met Rose in person, and he’s already trying to tell her what to do with her body. Later down the line, Ed insulted Rose with a gift. After handing her revealing clothing and a teddy bear, Ed decided the next move was mouthwash and a toothbrush.

He told Rose, “I got you a couple more things. This is going to be less romantic. So, this is mouthwash. And I got you a cute toothbrush because your breath is not pretty.”

Rose, enraged, informed him that she has a stomach ulcer that can cause bad breath, and that she brushes her teeth every day. She stormed off while calling Ed ugly.

Big Ed also exhibited insensitivity when he visited Rose’s family home. Rose and her family live in relative poverty in the Philippines, but were still gracious enough to welcome Ed into their home and serve him a big meal.

Despite this, Ed badmouthed the state of their home within earshot of Rose and her family several times. The windows, doors, and roofing left something to be desired for Ed, and he was quick to point it out.

“It’s all open up above, and they don’t really have a front door, it’s just kind of a curtain of paper CD covers. It’s all concrete with sheets hanging, covering, I guess to make it more homey. I expected it to be pretty bad, but this is really bad,” he told cameras.

Ed went on to question Rose about vermin and insects getting into the house. Later, he admitted he doesn’t want to stay in her home overnight, and would rather stay in a hotel instead.

Are the ‘90 Day Fiancé’ stars still together? 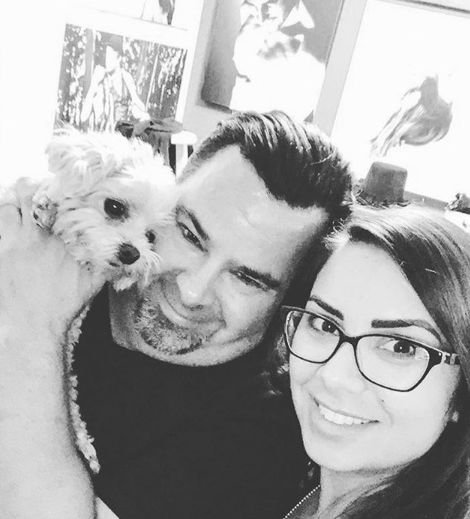 Now, it seems as if Big Ed and Rose are split up. The two 90 Day Fiancé stars do not post photos of each other on Instagram, or any similar activity that might suggest they’re still together.

In fact, Rose went live on Instagram to call Ed out for his behavior. 90 Day Fiancé blogger John Yates captured the live and posted it to his account. In the video, Rose asks Ed, “How dare you? To make me embarrassed in front of millions of people. Please people don’t believe him. He doesn’t really care about me, he just wants to be famous which is why he’s doping that.”

Rose went on to claim that Ed lies frequently about the gifts he gave her, and about caring for her. It would seem safe to say that the two are not together any more. Additionally, it seems as though Rose may be with a new person altogether, further cementing that the two have split up since their time on the show.