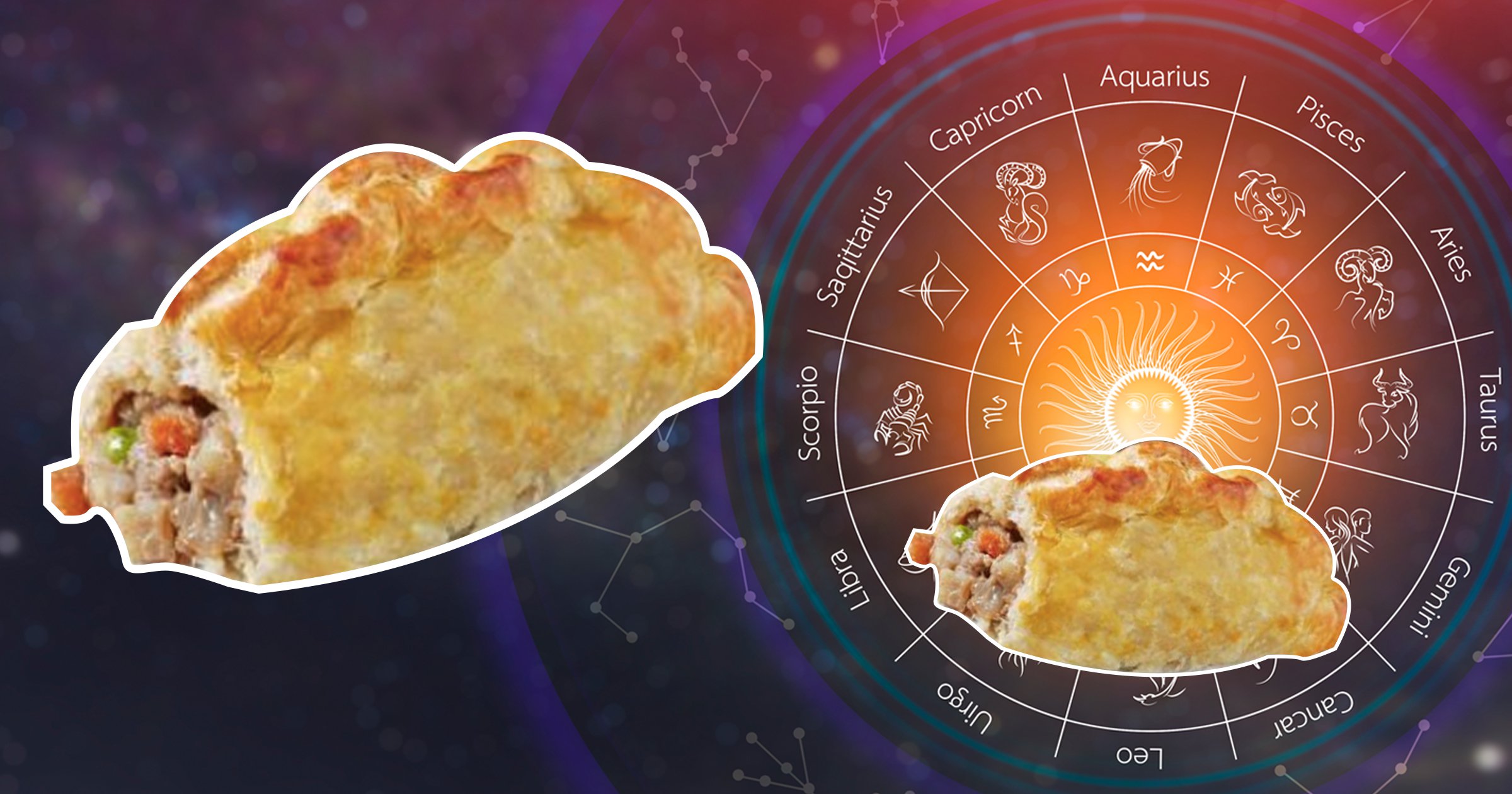 Ever desperately craved something from Greggs, but struggled to decide what, exactly?

Do you want something sweet? A classic doughnut? A Yum Yum?

Or is it high time you had a pasty – sausage roll, Steak Bake, cheese and onion?

Never again will you have to debate this impossible question. Instead, just look to the stars.

The team at Greggs – or Mystic Gregg, if you will – say they know the perfect order for each star sign.

So next time you’re stuck, you can just consult the cosmos.

They haven’t plucked these matches out of thin air, to be clear. Instead, the team looked at data from the Greggs Rewards app, then worked out the most popular order for each star sign.

Obviously, this is not the most scientific thing in the world. After all, not everyone uses the Greggs Rewards app.

But it’s always fun to see if your go-to order matches up with the most common choice among your birthday squad.

Greggs found that Tauruses are the biggest fans of the iconic Sausage Roll while Virgos prefer a Tuna Crunch Baguette, and that Cancers spend more in Greggs than any other sign.

And Pisces tend to go big, with at least three items in their baskets.

Let’s break this down – and do let us know if astrology has got your order oh-so-wrong in the comments.

Aries tend to pick up Greggs orders in the morning, between 8am and 9am, and a meaty mouthful is their preferred breakfast option.

As a fire sign, they love a new challenge, however, so won’t always stick to the same meal.

‘Tauruses don’t like change, making them loyal customers who want their familiar brand of flaky pastry and meaty goodness.

‘So dependable, Tauruses rarely miss their daily trip to Greggs, making thousands of orders each and every day.’

Geminis are dynamic and a bit unpredictable. They tend towards indecisiveness, but also enthusiasm.

That makes the Sausage, Bean and Cheese Melt their ideal order.

Oh Cancer, you’re a diehard Greggs fan and you love a sweet treat.

‘You don’t get much more loyal than Cancer,’ says Mystic Gregg. ‘Cancerians are the biggest Greggs fans, making more Greggs orders than any other star sign.

‘Their favourite day to order is a Friday, building up the amount they buy as the week goes on.

Leos are self-assured, confident, and a bit fiery.

Like Leos, Steak Bakes are strong, sturdy, and like the being the star of the show. That makes them a perfect match.

Virgos are all about high standards and practicality. They like things done quickly, so prefer a grab-and-go option like the Tuna Crunch Baguette.

If you’re a Libra, you’re probably ordering a Pepperoni Pizza – although your indecisive nature means you might struggle to settle on that choice in the queue.

Libras are peaceful, easy-going, and lovely to be around. They love balance and beauty – hence the Pepperoni Pizza is a great shout… because it’s gorgeous.

A rather rogue choice from Scorpio, but that’s to be expected. They are a bit of a controversial sign.

Like a Pain Au Chocolat, they’re soft, squidgy, and sweet in the middle, but have a harder exterior.

‘The life and soul of the party, they’re optimistic, funny and extroverted.

‘So naturally, they enjoy a Triple Chocolate Muffin. They want all the attention on them!

‘Sagittarians are restless and hate being told what to do, which is why they’re most likely to order a muffin from Greggs in the morning. Rebels!’

Capricorns are all about hard work, discipline, and order.

This makes a Chicken Bake their pick – packed with protein, reliable, simple, and gets the job done.

Of course Aquarians are veggie. That’s obvious – they’re all about justice, fairness, and compassion.

They’re also independent, strong people who don’t like to compromise, and while people sometimes think Aquarians are a bit weird at first, they soon discover they’re wonderful – just like a Vegan Sausage Roll.

Mystic Gregg says: ‘Like Cancerians and Scorpios, Pisceans are a water sign, making them deeply emotional and compassionate people.

‘They are sensitive souls: words can hurt them and they’ll be left overthinking for days. There is nothing more symbolic of a Pisces than a Yum Yum. Doughy, reliable, sugary goodness.’