Colleagues who email Coles chief executive Steven Cain after hours might be in for a shock.

“If he gets an email after 7pm he’ll often call that person and say, ‘What were you doing working at 8.30pm? Is everything OK?’,” Cain’s human resources chief Kris Webb says. “He’s trying to change the culture of the business.” 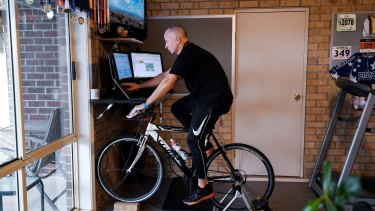 Alex Roewer, a 20-year Coles veteran who works in its meat division, has taken advantage of the flexibility to go running at lunchtime (and be on his bike during meetings) as well as coaching his son’s soccer team after work without returning to a bevy of missed calls.

If he sends an email after work, he doesn’t expect a reply out of hours. “During my time, that’s my choice,” Roewer says.

Like many companies Coles is grappling with a topic that has taken on urgency because of the pandemic: how to ensure staff get to disconnect from work when people can log on from anywhere.

The problem is most extreme in well-paid sectors such as law, consulting and banking. Global investment bank Goldman Sachs recently reiterated that its junior staff were not expected to be in the office between 9pm Friday and 9am Sunday.

But the issue has come to the fore in other sectors too.

Data from the workplace survey firm Culture Amp, which many of the largest firms use to test the mood of their staff, found only 61 per cent of 170,000 staff across Oceania believed they could get through all their tasks during the regular workday. A smaller data set from March found 56 per cent found they could effectively switch off even though 85 per cent said they could arrange time away from work when needed.

The sense that technology has let work creep further into workers’ private lives has triggered a push from the Australian Council of Trade Unions and its counterpart organisations in NSW and Victoria to stop what they see as excessive overtime with no extra pay.

Unions NSW will push Labor at a party conference this year to legislate a right to stop bosses hassling staff after hours.

“We need to create an ironclad entitlement around the right to switch off,” Unions NSW secretary Mark Morey says. “In those rare circumstances where workers really do need to be on call, they would then have a legally enforceable right to be paid for the intrusion into their lives.” 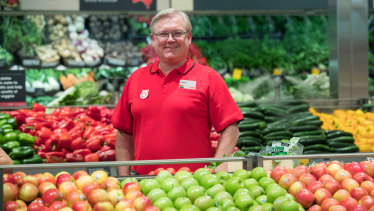 The unions are still working on their exact demands, but Victorian Trades Hall Council assistant secretary Wil Stracke says there has been an abuse of “reasonable overtime”, which is commonly allowed without extra pay in employment agreements.

Instead of getting extra pay if they are on call and even more in overtime if a worker had to come into the office, as has historically been the case, Stracke says it’s now common for employees to feel as though they are permanently on.

“In Victoria we’d say we were the birthplace of the eight-hour day,” Stracke says. “But these days there are probably not that many people who would say that’s what’s actually happening.”

The Police Association of Victoria is believed to be the first union to secure an enforceable “right to disconnect” in its 2019 enterprise agreement, banning superiors from contacting staff outside work hours except in the case of emergencies.

Giri Sivaraman, a principal employment lawyer with the firm Maurice Blackburn, says more unions would like to emulate the Victorian Police agreement. “It may be the first, but it won’t be the last,” Sivaraman says, in part because individual workers find it hard to push back against bosses.

One of Sivaraman’s clients, he says, worked at another law firm and was “terrorised” by a boss constantly demanding tasks completed late on a Friday or over entire weekends.

“[My client] had actually seen a doctor and there was a serious impact to their health,” Sivaraman says.

Webb, the Coles HR chief, says Cain has been changing the firm’s culture to create a firm expectation staff are entitled to their own time.

It’s emphasised at head office forums, where staff are told not to email before 7am or after 7pm during the week, or on weekends at all, outside of emergencies. It’s in email auto-responses from people on leave which say plainly that the receiver “won’t be checking emails” rather than the standard “call if necessary” or “I’ll check sporadically”.

Webb does not support the idea of a hard ban on overtime or tracking white collar employees’ hours, arguing it’d stop managers and staff making arrangements that offer mutual flexibility.

“We trust people to get the work done in a way that suits them,” she says.

Telstra, which has a long history of letting its white collar employees work from home, has fewer hard rules than Coles for staff who aren’t on its enterprise agreement.

Staff and their managers can negotiate things like working from home, when notifications appear from messaging apps and meeting free times.

Julian Clarke, an HR executive at the company, says “true flexibility is actually about understanding that there is not a one size fits all model.”