WOMEN who wake up in the night are up to twice as likely to die young, worrying research revealed.

But they could reduce their risk by blocking sounds out with ear plugs, treating snoring or losing weight, doctors have said. 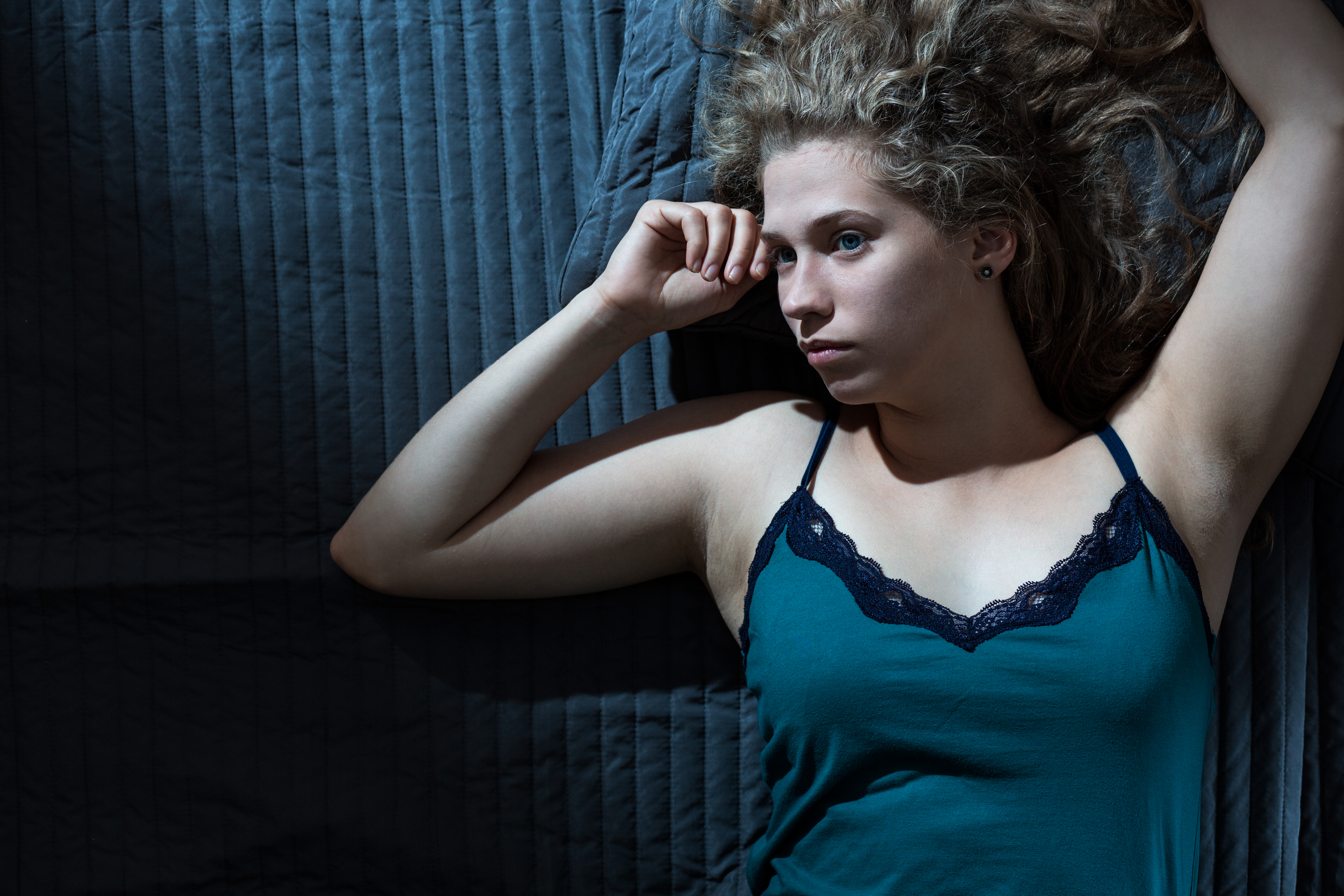 The research of 8,000 men and women looked at “unconscious wakefulness” during the night, which everyone experiences.

The rouse from sleep happens as part of the body's ability to respond to potentially dangerous situations, such as noise, pain, temperature and lights.

Obstruction to breathing – a symptom of sleep apnoea, which causes snoring – can also push someone into unconscious wakefulness.

These tiny moments of being awake won’t necessarily be remembered the next morning, but will make someone feel sleepy the following day.

Research led by University of Adelaide, Australia, found that if frequent, these disruptions are linked to higher blood pressure among other health problems.

They used data from three separate studies in which participants wore a sleep monitor during one night’s sleep.

Each were given a percentage score of “arousal burden”, which combined how often they woke in the night, for how long, and compared to how long they slept for in total.

Participants were followed up over a period of several years, which ranged from an average of six years to 11 years.

Lead study author, associate professor Mathias Baumert, and colleagues found that women woke up in the night less than men.

However, the impacts appeared to be greater, particularly on their risk of death from cardiovascular disease – a general term covering conditions that affect the heart or blood vessels, such as stroke or heart attack.

Women who woke up in the night most (6.5 per cent of their night's sleep) had between a 60 and 100 per cent (double) greater risk of dying from cardiovascular disease than women who had a sound night’s sleep.

Their risk of death by cardiovascular disease was 12.8 per cent compared to 6.7 per cent.

The risk of death from all causes was also increased by between 20 and 60 per cent.

Overall, it rose from 21 per cent in the general population of women to 31.5 per cent.

The finding was less significant in men, according to the findings published Tuesday in the European Heart Journal.

Those who woke up the most had a risk of 13.4 per cent and 33.7 per cent of dying from cardiovascular disease or any cause, respectively, compared to 9.6 per cent and 28 per cent in men who did not wake up often.

Co-author Dominik Linz, associate professor in the cardiology department at Maastricht University Medical Center (The Netherlands), said it was unclear why there is a difference between men and women.

But he said he may be explained by differences in how the body responds to being woken in the night.

He claimed being older, fatter and snoring more doesn't help.

Adding: "While age cannot be changed, BMI and sleep apnoea can be modified and may represent an interesting target to reduce arousal burdens.

“Whether this will translate into lower risks of dying from cardiovascular disease warrants further study.

“For me as a physician, a high arousal burden helps to identify patients who may be at higher risk of cardiovascular disease. We need to advise our patients to take care of their sleep and practice good sleep 'hygiene'.

“Measures to minimise noise pollution during the night, lose weight and treat sleep apnoea could also help to reduce the arousal burden."

The study was conducted in mainly white people, and so can’t be extrapolated to the whole population. Participants were also older, with an average age of over 65.

It's not the first time research has linked poor sleep and increased risks of death from cardiovascular events, such as stroke or heart failure, and other causes.

He was not involved in the research, but commented that disruption in the “body clock”, medically named circadian rhythm, can lead to a buildup of fat in the arteries.

This could explain the higher risk of cardiovascular problems in those with a poor quality sleep, Prof Ibáñez wrote in a paper linked with the study,

He and colleagues wrote: "Even though many knowledge gaps on the relationship between sleep and cardiovascular disease remain to be studied in the coming years, this study provides solid evidence supporting the importance of sleep quality for a better cardiovascular health.

“What remains to be determined is whether an intervention aiming at improving sleep quality is able to reduce the incidence of cardiovascular events and mortality. While awaiting these trials, we wish you sweet dreams."