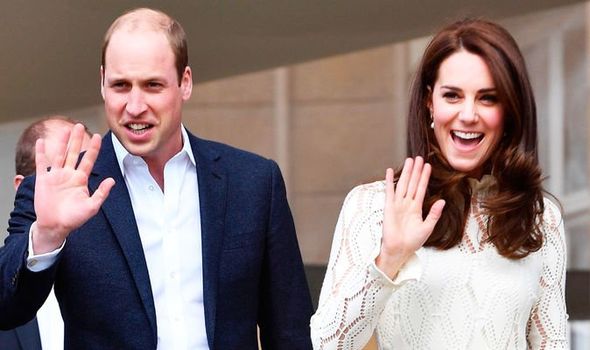 Judi James told Express.co.uk: “William mirrored Kate’s new royal wave from the moment they were engaged and began to go on royal visits together.”

She has claimed the wave looked “sweet” especially for a man with William’s military background.

After leaving St Andrews university William completed his training as an office and a pilot in the British Military. 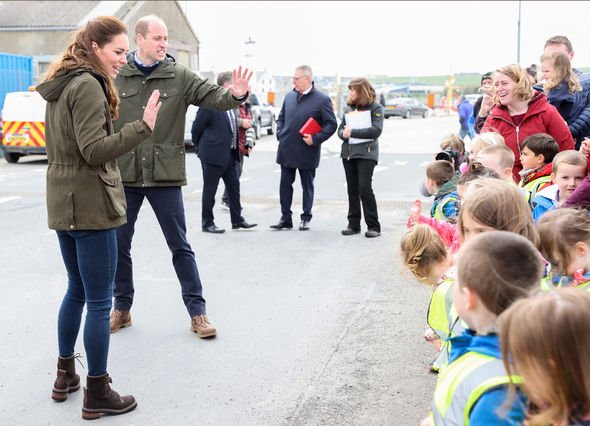 Judi said: “For a military-trained man it did look unusually sweet and even cute but the mirroring suggested a desire to copy his wife-to-be rather than the other way round and it was the start of the intense and often subliminal mirroring signals the couple has used throughout their marriage.

“William might hold the hand a little higher in a more macho twist but it still shows perfect synchronicity with Kate’s wave.”

The expert compared Kate’s wave to Her Majesty’s.

Judi went on: “Kate’s wave is similar to the Queen’s, but with the palm flatter, suggesting genuine friendship.

“Her wave is even more confidently personal-looking, as though she is greeting or hailing a friend.

“The hand is often held quite low to lower the perception of superior status and the sense of greeting or acknowledging a friend is also created by her trait of raising her brows and opening her mouth as she smiles.

“This rather personalized greeting forms the same kind of connections to individuals standing in a large group as techniques used by high charismatics like the Clintons when they are working a crowd.

Kate Middleton and William: Experts on 'quips' between couple

“Bill always goes one step further by pointing into the crowd and waving as though he has spotted a friend.

“This gesture, like Kate’s wave, can create instant bonds by breaking down the ‘them and us’ feel when a crowd watches someone famous or high status.”

Waving is an important part of the royal body language arsenal.

Prince Harry’s wife Meghan Markle’s wave helped her to bond with the public. 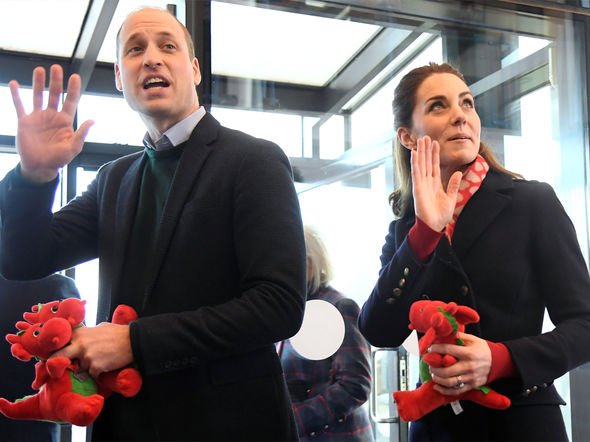 Judi suggested Meghan’s look helped the public to like her.

Judi said: “Meghan used this very sweet, cute and tentative wave to bond instantly with the public, though.”

She said: “Her hand was held low and her facial expression included raised brows and a rather pursed-lip smile as though she was requesting to be liked rather than demanding.”

In fact, the expert compared Meghan’s first appearances to the late Princess of Wales.

“Her wave technique, with the eye-check to camera, was very similar to the kind of greeting Princess Diana used to do with the press and public, as though sharing thoughts and recognition in a very powerful type of tie-sign.”