Away from the velodrome and pool, table tennis star Will Bayley made a strong start the defence of his Paralympic class seven title.

The 33-year-old, who recovered from a serious knee injury suffered on Strictly Come Dancing to be at the delayed Games, wrapped up a 3-1 qualifying win over Poland’s Maksym Chudzicki.

He edged the opening game of the Group B encounter 13-11 and, after losing the second 11-8, regained his composure to complete the job with 11-3 and 11-8 successes.

“Obviously it has been a massive build-up to the tournament and I did feel the nerves before my match,” Bayley, who plays Thailand’s Chalermpong Punpoo on Thursday in his final group match, said in a statement.

“Experience is massive because I’ve played four tournaments as big as this and I just felt that I had that experience and he was maybe lacking a little bit of that, but he has got the ability.

“I haven’t played a match for two years and it’s what we train so hard for; we live for these moments to compete for GB.”

It had been a forgettable start to the Games for GB’s table tennis squad after David Wetherill was deselected following a breach of team rules. 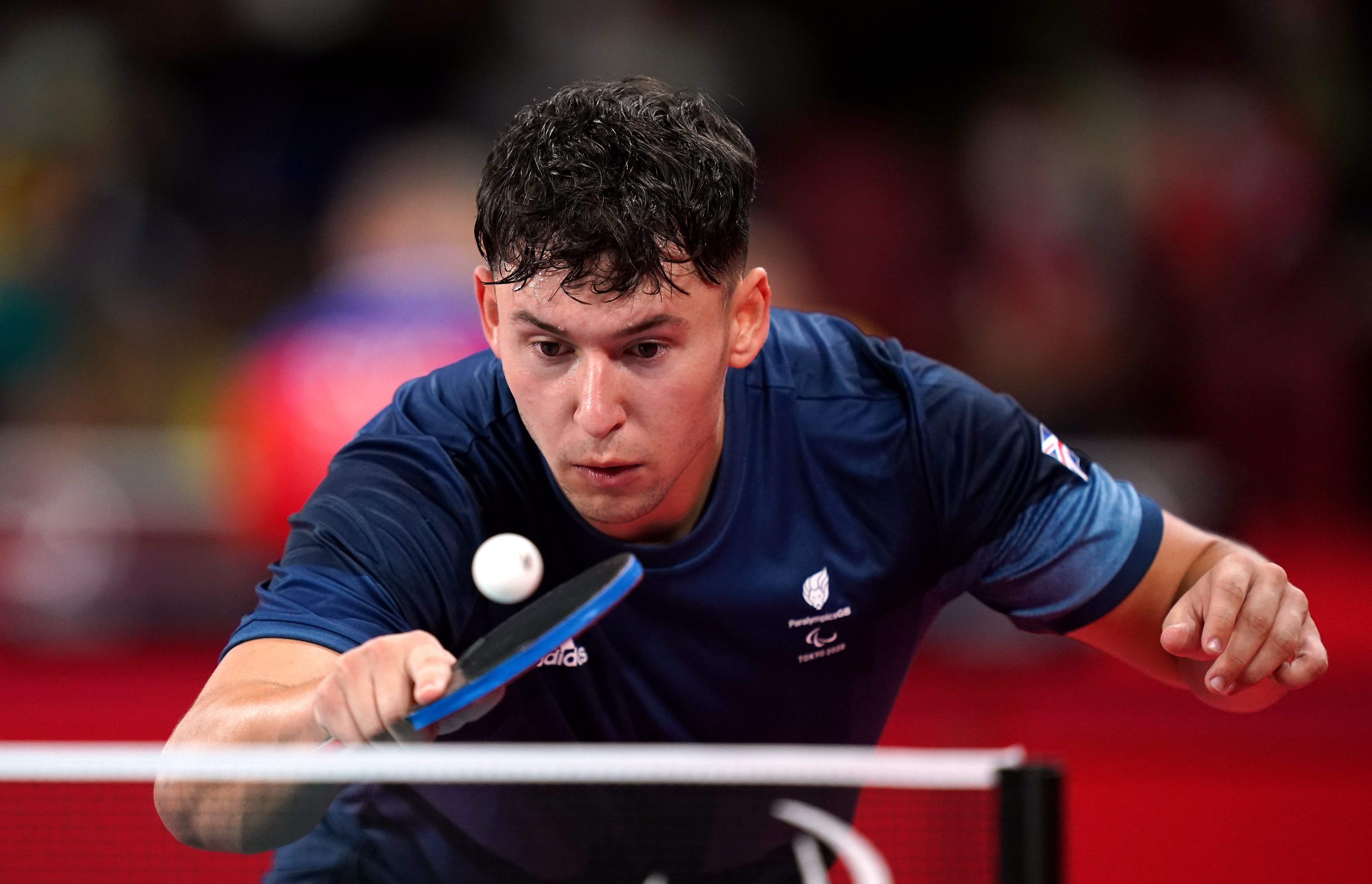 However, there was plenty to smile about by the end of day one as 3-0 victories for class eight players Ross Wilson and Aaron McKibbin – over France’s Clement Berthier and Australian Nathan Pellissier respectively – added to Bayley’s triumph.

Wildcard Ashley Facey Thompson was unfortunate to suffer a narrow 3-2 loss to Japanese player Koyo Iwabuchi, while there were also defeats for veteran Sue Bailey and debutant Megan Shackleton.

The European champions maintained a narrow advantage at the end of each quarter to get their Group B campaign off to a perfect start.

Stuart Robinson chipped in with a further 14 scores at Yoyogi National Stadium, with GB set to return to action against New Zealand on Thursday.

The British team led the preliminary round Group A contest by four points at the end of the first and second quarters but were convincingly outscored in each of the final two quarters.

Madeleine Thomson top-scored for GB with 11 points, while Kathleen Dandeneau and Rosalie Lalonde starred for the Canadians with 32 and 20 points respectively.

In the wheelchair fencing, there was disappointment for Britons Piers Gilliver and Gemma Collis-McCann.

Gilliver, 26, was eliminated from the men’s sabre A in the last 16 following a gruelling 15-12 loss to China’s Li Hao, having emerged from Pool 3 after two wins out of four, beating France’s Romain Noble (5-0) and Russian Nikita Nagaev (5-2).

“I fought well and I just managed to miss out, which is tough to take,” he said, according to ParalympicsGB “Now I must put it behind me and get focused on tomorrow as the epee is my stronger event.”