GTL forever! Nicole “Snooki” Polizzi doesn’t have many regrets when it comes to her time on Jersey Shore — including her beach arrest.

“No, that’s iconic. I would never take that back,” Polizzi, 33, exclusively told Us Weekly while promoting Kraken Rum’s limited-edition local bottles. “I mean, there’s some things where I was like, ‘Oh, you’re so annoying. Why would you do that?’ But at the same time, everything that I did on the show kind of made me who I am today, which is, like, a kick ass mom.” 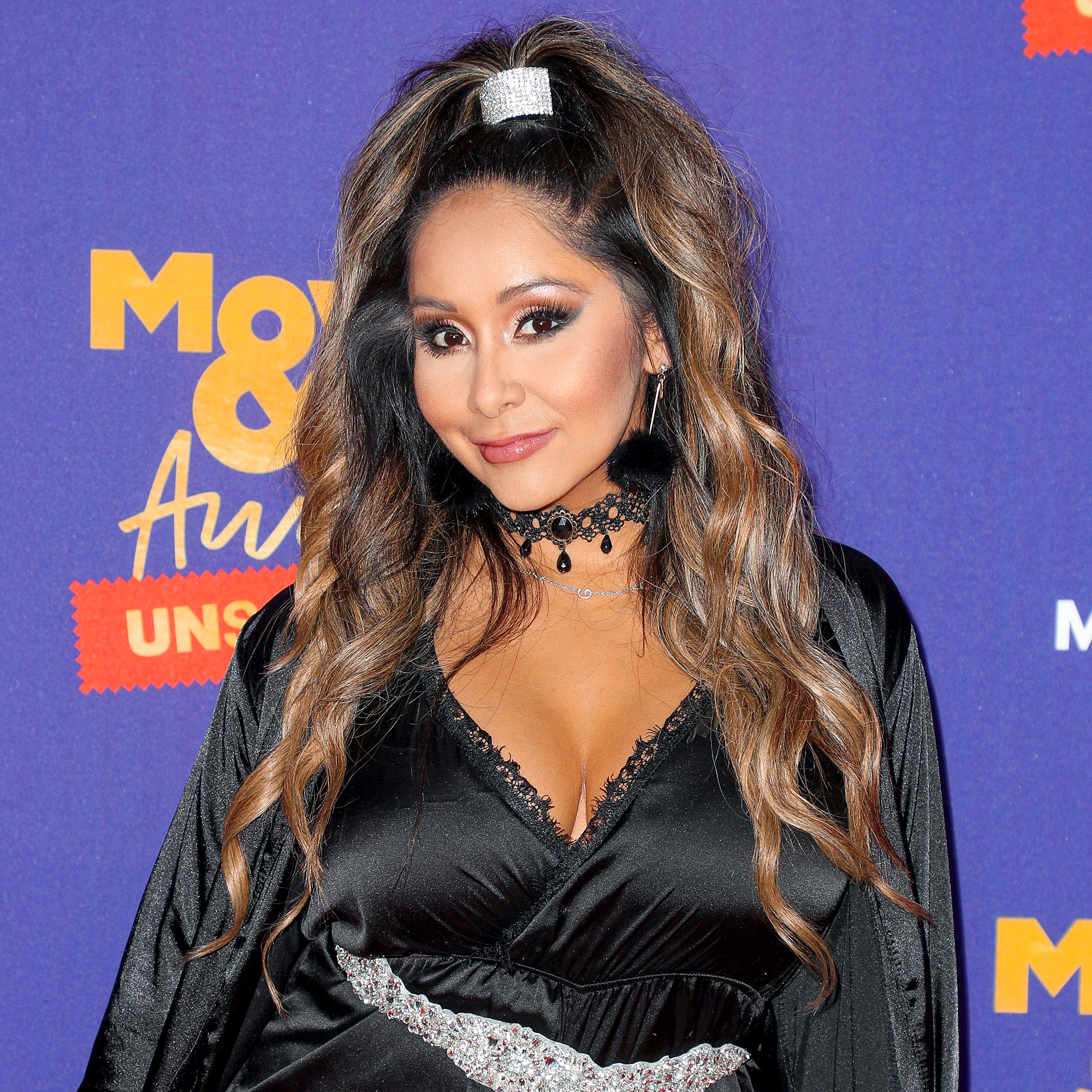 The reality star, who shares sons Lorenzo, 8, and Angelo, 2, and daughter Giovanna, 6, with husband Jionni LaValle, considers her past on Jersey Shore a learning experience.

She added: “So I’m actually glad that I embarrassed myself and did all that stupid stuff because now I can, like, relax and be a classy mom.”

The TV personality confirmed that she is proud of her memorable “not being able to find the beach” moment during the MTV hit show that aired from 2009 to 2012.

Get to Know the Next Generation of ‘Jersey Shore’ Kids

For Polizzi, one of her only regrets was the speech that she gave at her costar Angelina Pivarnick‘s wedding to Chris Larangeira.

“I regret doing it at the wedding. We should have [done] it at the bachelorette party because she would have laughed and loved it,” Polizzi admitted to Us. “The wedding probably wasn’t such a good idea. So yes, I regret showing that speech at the wedding. It wasn’t funny like we thought it was.”

The cast members found themselves at odds after Polizzi, Jenni “JWoww” Farley and Deena Cortese made their infamous bridesmaid speeches at the November 2019 nuptials.

“Obviously we weren’t being malicious about it. It was just, you know, we were trying to be funny for the show and, like, in general,” the Confessions of a Guidette author told Us in December 2019. “We apologized. She never responded back. So, you know, it’s kinda just where we’re moving on.”

Most Memorable TV Spinoffs Over the Years

Even though at the time the drama led to Polizzi quitting the show, she has since returned for season 5 of Jersey Shore: Family Vacation.

In the meantime, the Messiness host is enjoying her partnership with Kraken Rum, which has a fun connection to her time on Jersey Shore.

“When I used to go on the boardwalk and drink all day, my drink of choice was rum and coke. It’s just so refreshing when it’s [enjoyed] in the hot weather,” she told Us. “Of course, I had to be a part of that because it’s literally what I used to drink all the time down the shore.”

With reporting by Mandie DeCamp