Demi Lovato is engaged to her actor boyfriend, Max Ehrich, after four months of dating. Here are five things to know about the soap opera star who stole the singer’s heart. 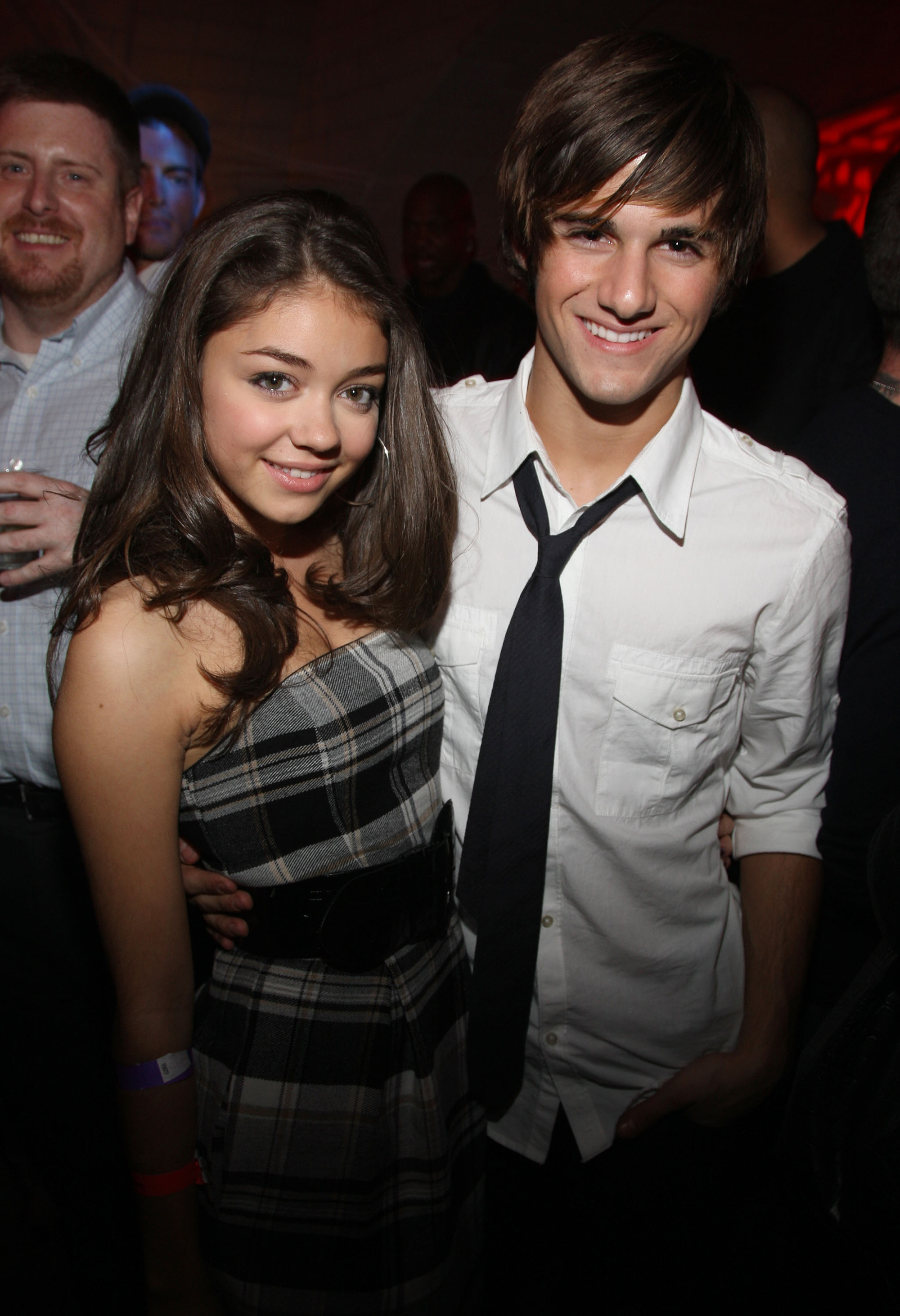 Ehrich, 29, made his film debut in 2004’s “One Easy Job.” He moved to Los Angeles from New Jersey when he was 16 years old with his then-girlfriend Sarah Hyland to become an actor.

“I decided to move out with a girlfriend at the time and experience LA and I will say I think I had a privileged experience,” he told Page Six in March 2019. “At first, I was living with my girlfriend at the time. She had done a Broadway show and the producer was kind enough to let us stay at their estate in Beverly Hills, but soon after that, I ended up living in a really, really sketchy apartment in Hollywood. So I got to see like the brightest side and then I got to get a hit of reality.”

He was also a dancer in “High School Musical 3: Senior Year” before joining “The Young and the Restless,” and earned a Daytime Emmy Award in the Outstanding Younger Actor in a Drama Series nomination.

He popped the question with a ring worth an estimated $300,000 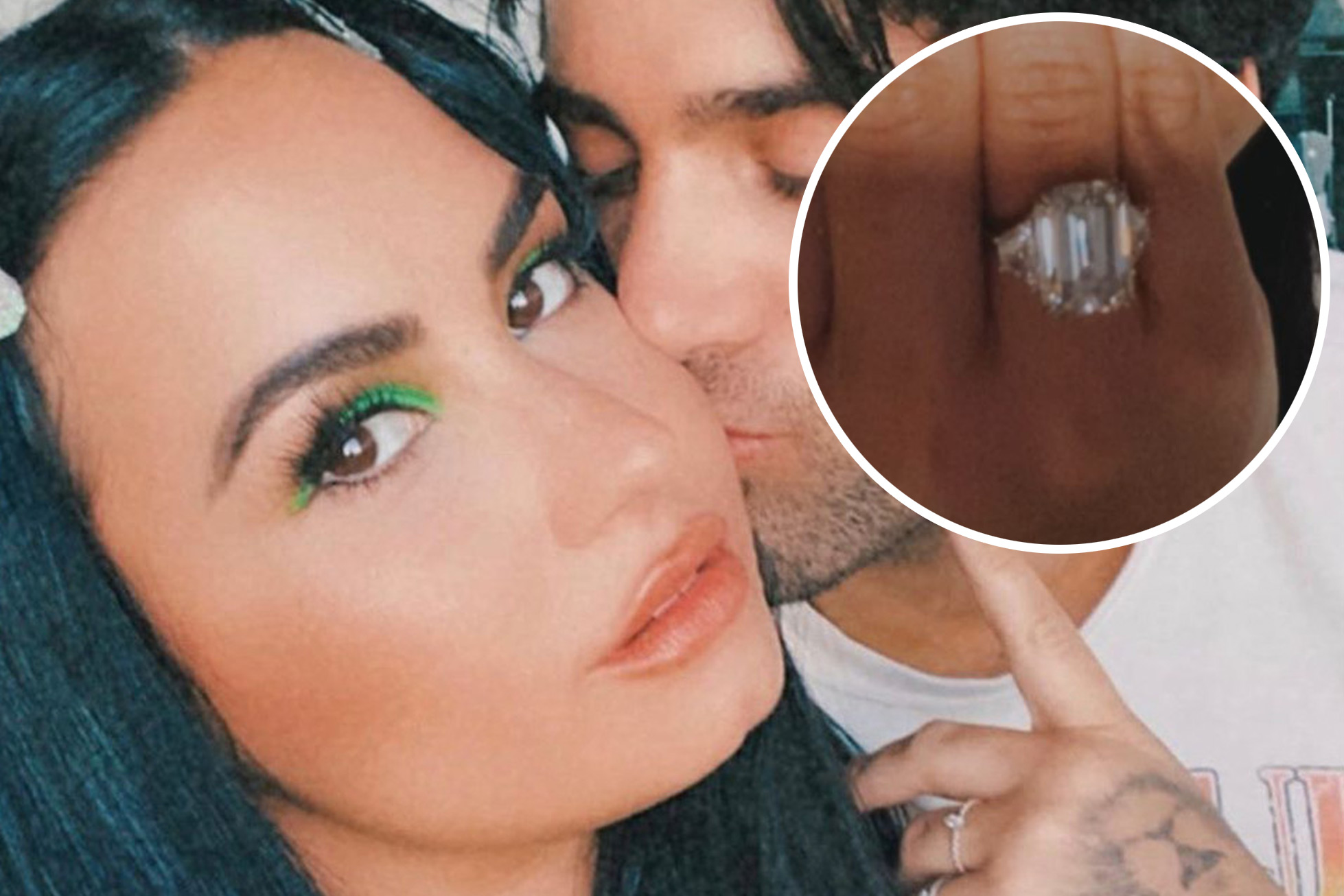 Erich proposed to Lovato with a stunning emerald-cut engagement ring designed by jeweler Peter Marco. Ira Weissman, founder of The Diamond Pro, estimated that “the approximately 5-carat diamond is clearly of the highest quality and could easily fetch over $250,000″ while Shannon Delany-Ron, Director of Communications at JamesAllen.com, estimated that the ring is about 7 carats and worth up to $300,000.

He quarantined with Lovato 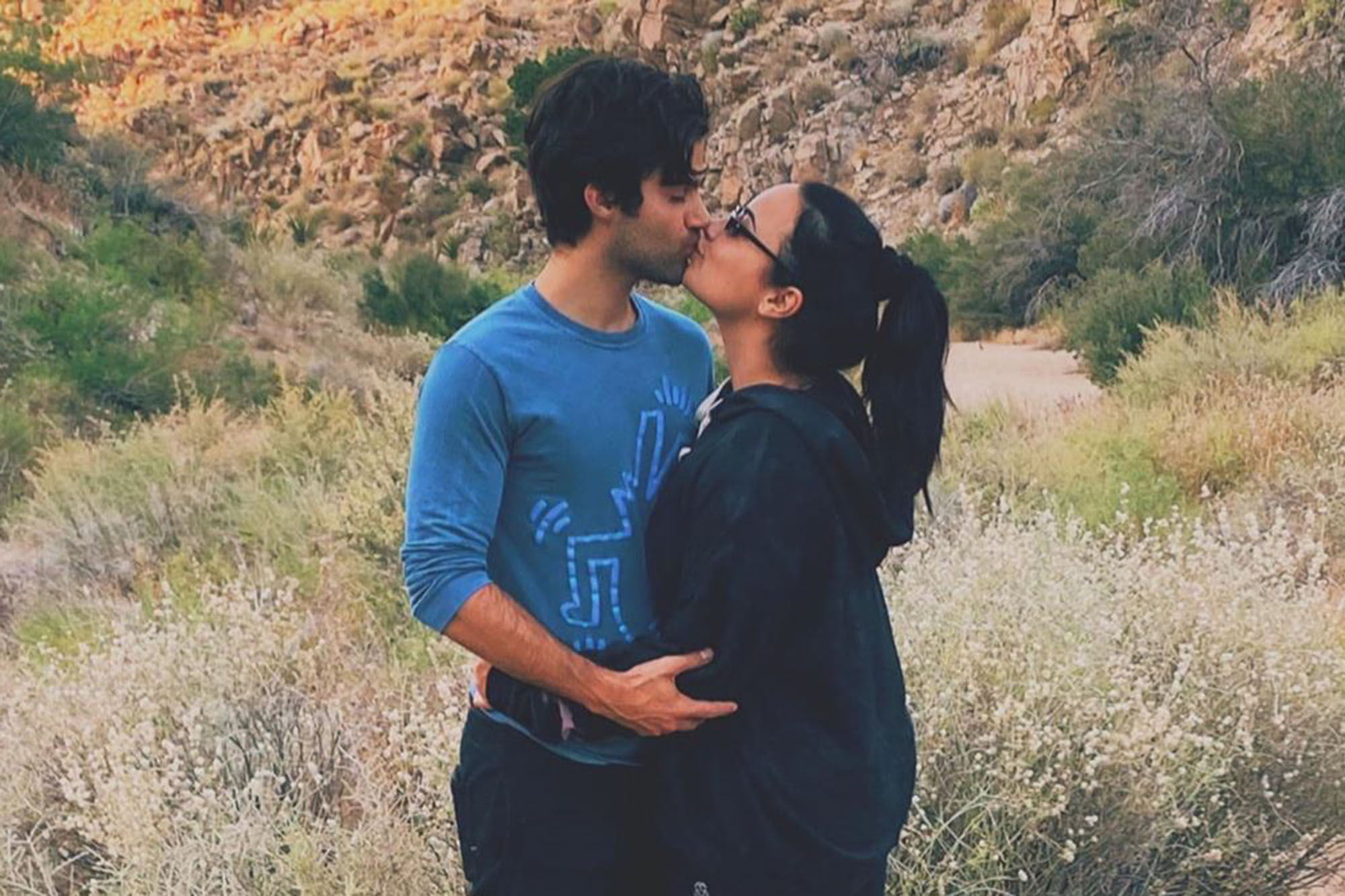 The pop star, 27, and Ehrich first raised eyebrows in March 2020 when they began leaving flirty comments on each other’s Instagram posts.

“When u realize u should’ve packed more for your quarantine stay 😅🤦‍♂️,” Ehrich captioned a shirtless photo of himself, to which the “I Love Me” singer responded, “Fine by me.”

Lovato then accidentally crashed Ehrich’s Instagram Live later that month, confirming that they were spending time together during the lockdown.

He's not afraid to pack on the PDA 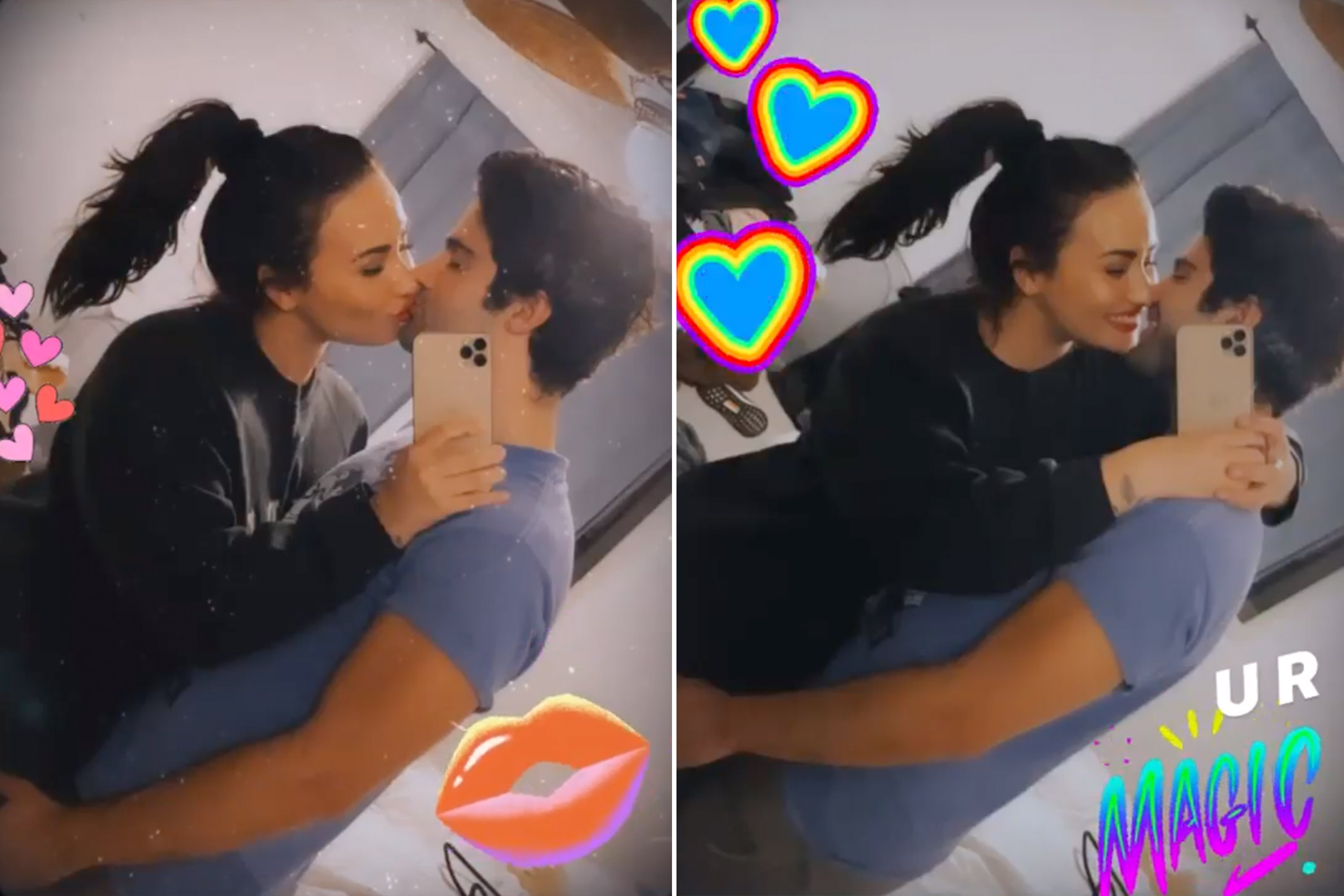 The “Sober” singer and Ehrich have posted plenty of adorable snaps since becoming a couple. 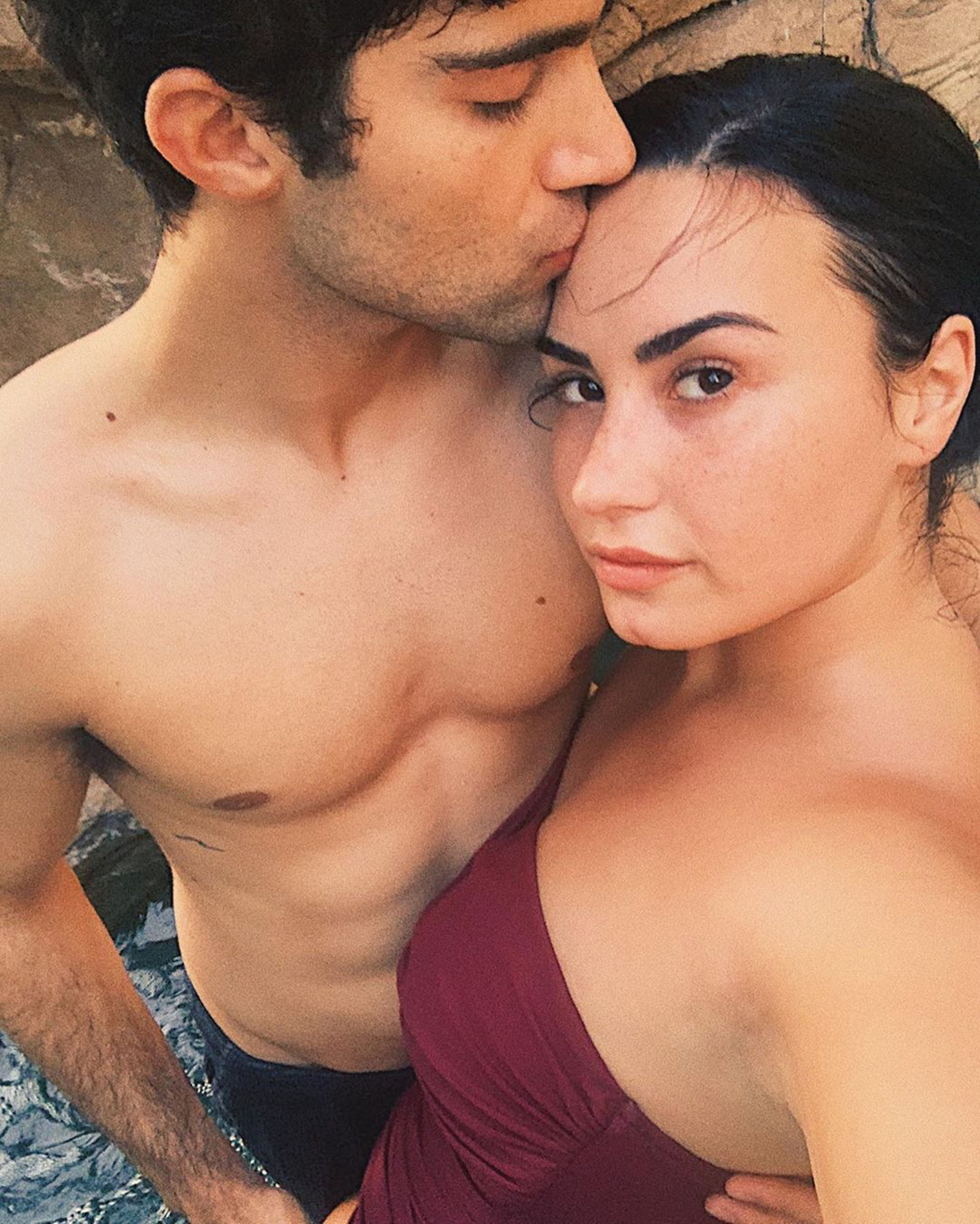 In a series of old tweets, Ehrich expressed his interest in Lovato. He performed a cover of her hit, “Skyscraper,” in 2011 and said that she was “incredible” in 2017.

“All I wanted for Christmas was Demi Lovato. #cantalwaysgetwhatyouwant,” another tweet from 2011 read.