LIONEL MESSI, now bearded and always seen with a captain's armband strapped around his bicep, is as much of a staple to football and bread is to butter.

But if we cast our minds all the way back to November 2003, that was far from being the case. 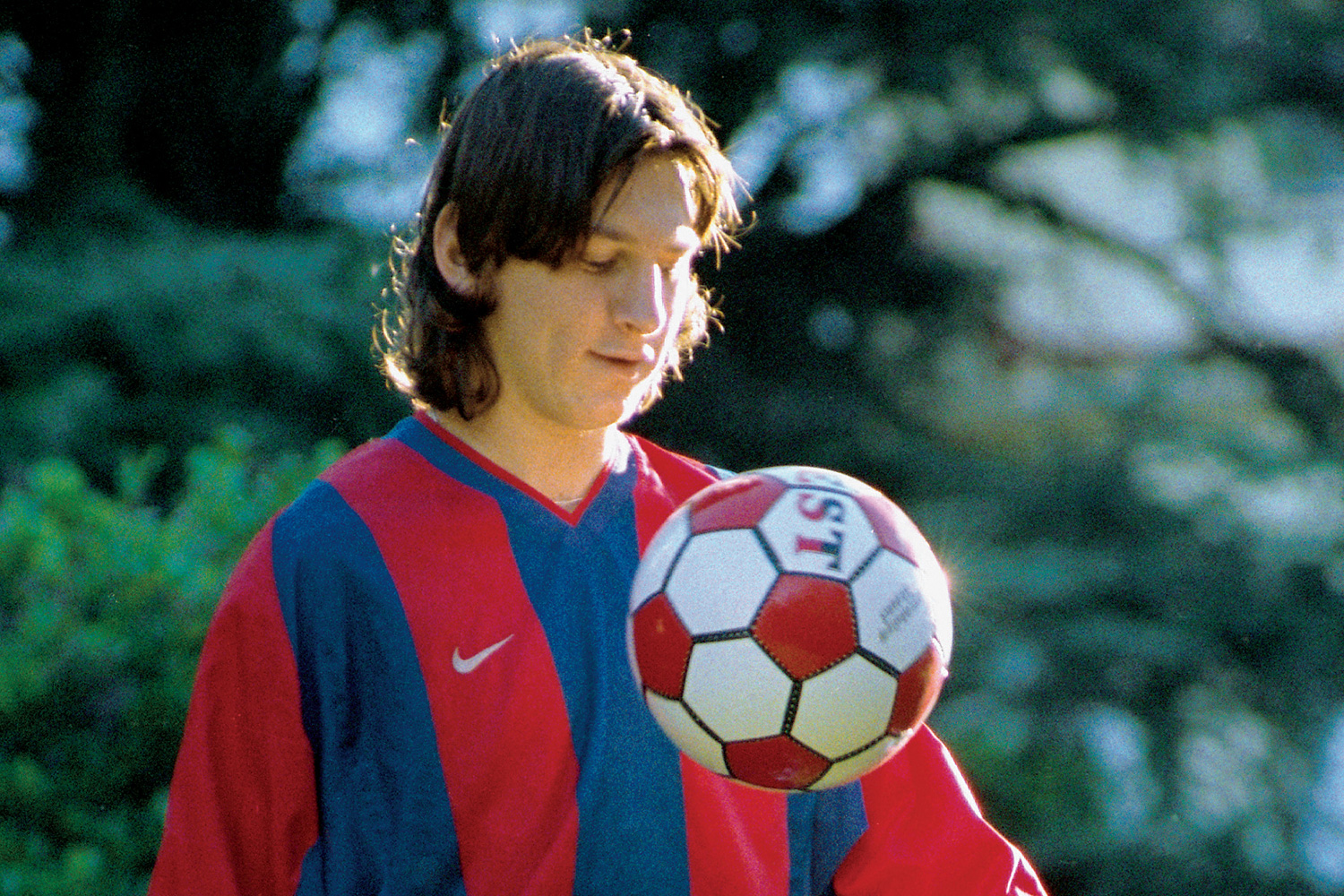 A fresh-faced 16-year-old, Messi had often been seen playing for Barca's C team at this stage.

But, as pointed out by Planet Football, when the Spanish giants sent a squad over to Iberian neighbours Portugal to face Porto in a mid-season friendly to open the brand new Estadio Dragao, built for Euro 2004, Messi was handed a fleeting opportunity to shine.

Frank Rijkaard's line-up was experimental to say the least, and ended up falling 2-0 to Jose Mourinho's team – who ended up winning the Champions League that season.

Messi was given 15 minutes at the end, and the diminutive 5ft 7in attacker managed to create two chances, albeit squandering one of them himself.

He went on to break into the Barcelona B side that season, before making nine first-team appearances the following year.

His prominence grew and he transformed into the six-time Ballon d'Or winning superstar that is known and adored to this day.

But what happened to the other players that were thrown together to play in this fairly innocuous friendly?

Perennial understudy to Victor Valdes, Jorguera made 24 appearances across over a decade at the club.

He left in 2009 after being further marginalised by the 2008 arrival of Jose Pinto – enjoying a year in the second tier with nearby Girona before hanging up his boots aged just 31 in 2010.

Jorquera went on to work in his family's jewellery business – having even studied for a gemology degree while playing understudy to Victor Valdes at the Camp Nou.

Another academy graduate, the right-back had made two appearances at the back end of the previous campaign.

More first-team matches were hard to come by, however, and he finished his Barcelona career having featured only 13 times.

Injury-hit spells at Lazio, Real Betis, Numancia and Gimnastic failed to ignite things – and he ended up finishing his career in Holland with Go Ahead Eagles in 2012 at just 32. 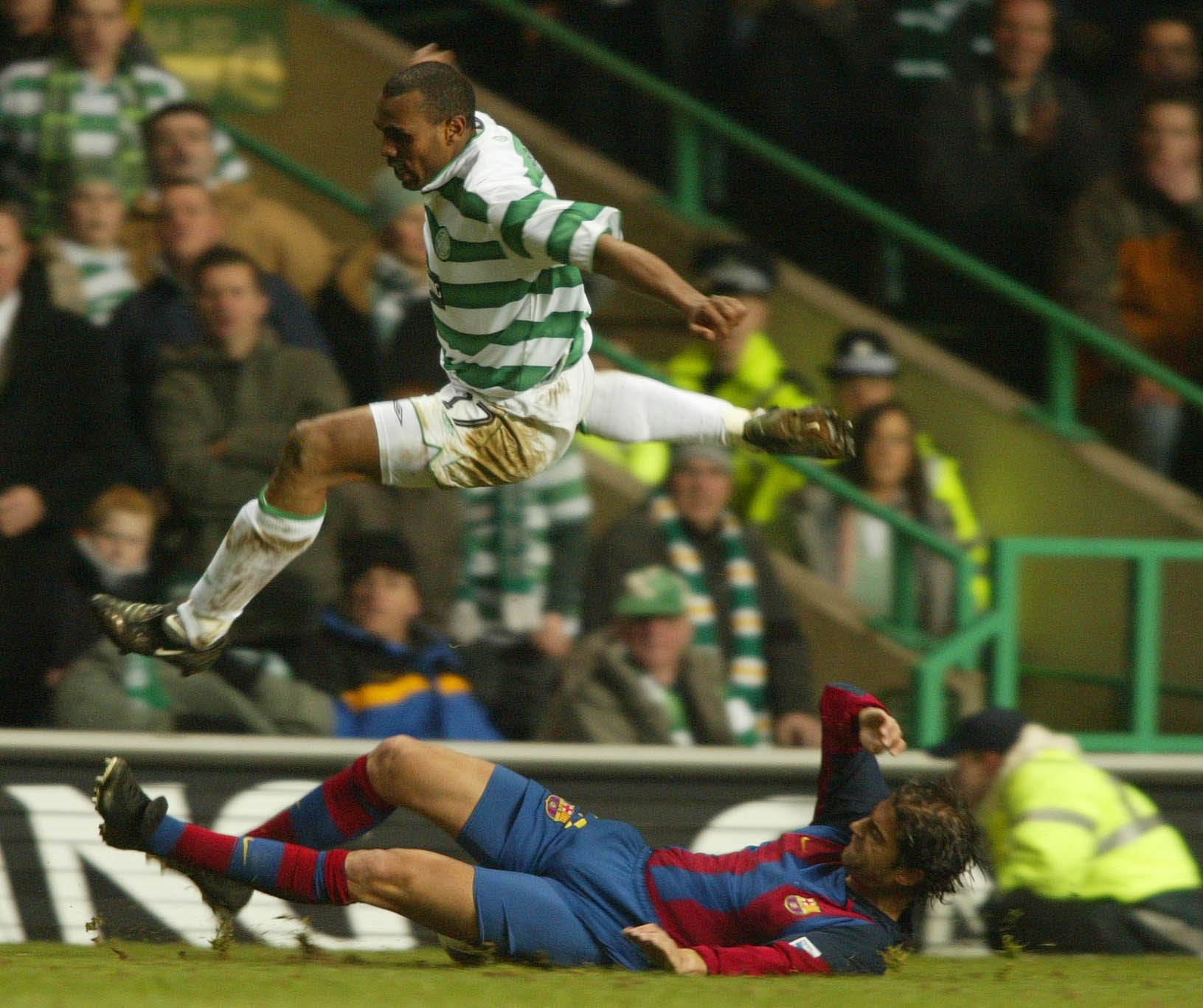 Oleguer is another La Masia graduate that retired in his early thirties – but he made far more of an impact on and off the pitch.

Making 175 appearances for Barca's first-team between 2002 and 2008 – he even started the 2006 Champions League final against Arsenal.

More politically engaged than the average footballer, he has become known for his pro-independence beliefs for Catalonia – and has written a number of articles campaigning for his left-wing ideology. 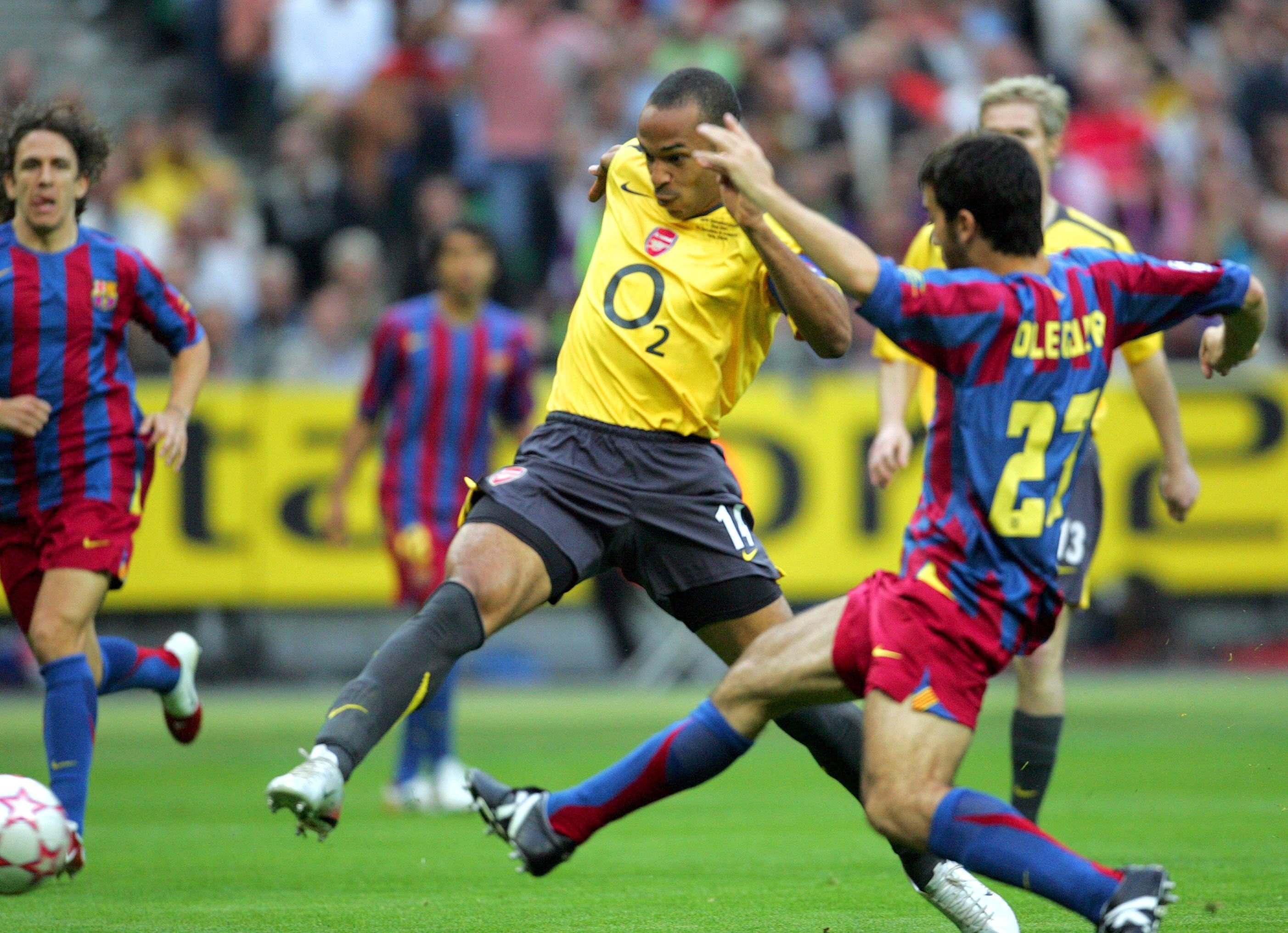 Mexican Rafa Marquez must have felt out of place in this XI… as he was actually a first-team regular that season.

The commanding defender made 242 appearances for Barcelona as well as earning 147 caps for his country across a long, distinguished career in football.

He left Barca in 2010 but that didn't mean that his time in the spotlight was over.

But that wasn't to be his last World Cup, as he was still playing for Mexico at the 2018 edition in Russia aged 39… despite having been blacklisted by the US for allegedly providing a front for a drugs cartel. 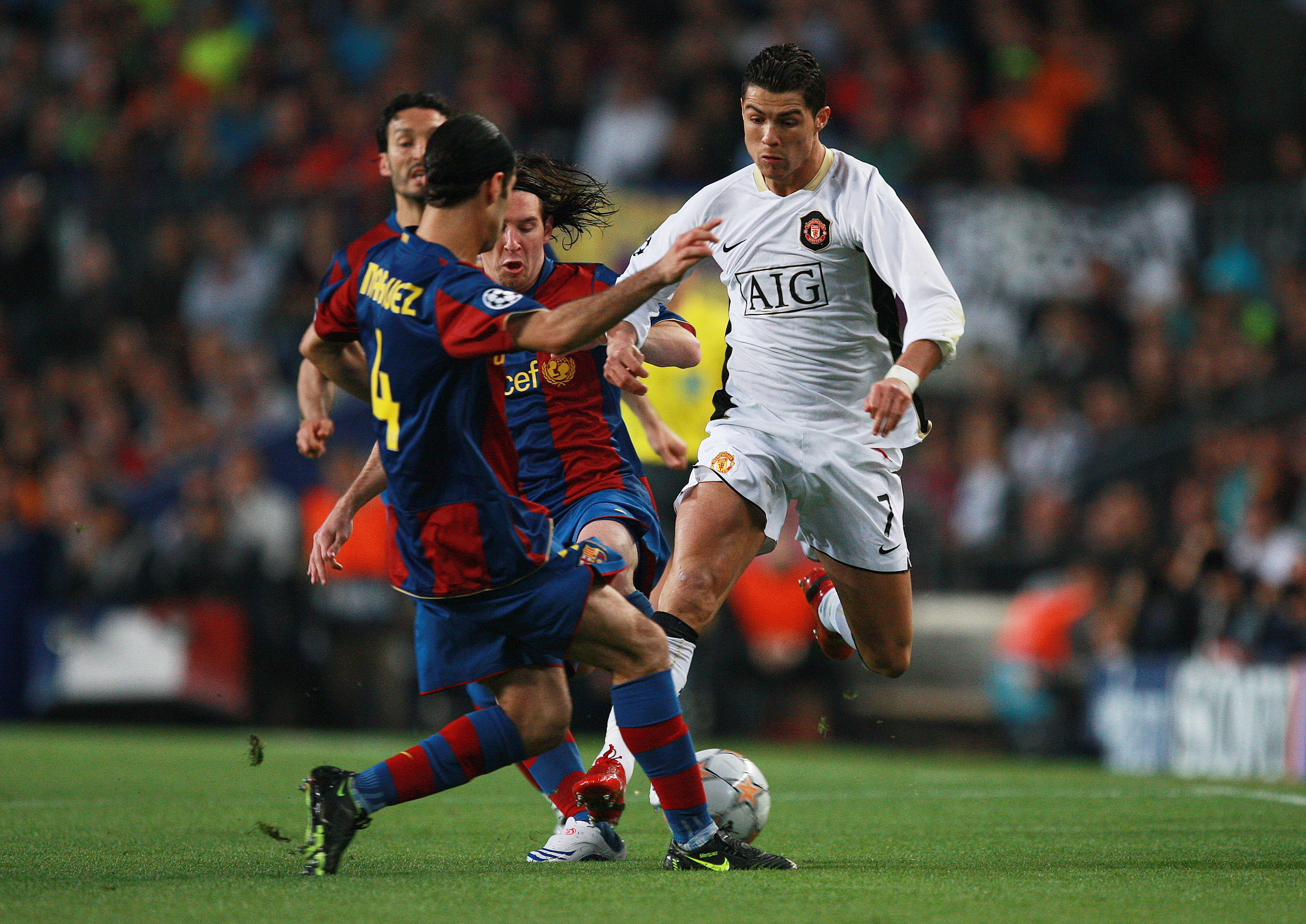 Left-back Fernando Navarro was a regular for Barcelona's B squad at this point – but he did manage to carve out a very respectable career for himself.

He went on to manage a respectable 35 appearances for the first-team while competing with the likes of Giovanni van Bronckhorst and Sylvinho.

Navarro eventually left Barca for islanders Mallorca, before becoming a regular over a seven-year spell at Sevilla.

His form even earned him a place in Spain's victorious Euro 2008 squad – appearing in their group stage triumph over Greece.

He retired in 2018 after an unsuccessful stint at Deportivo La Coruna. 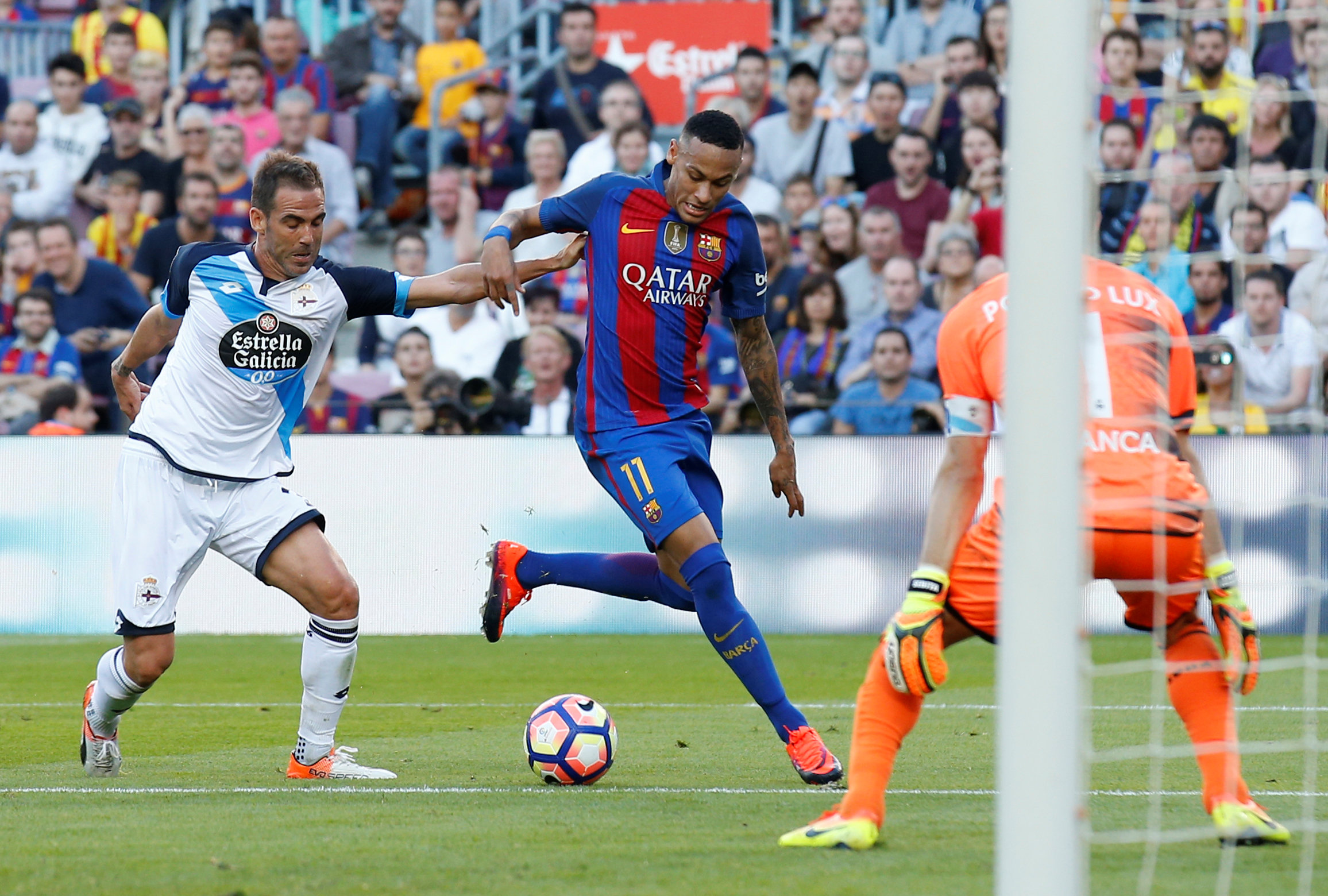 Possibly the most obscure name on this retro teamsheet, Ramon Ros, like Messi, was a regular in Barca's C team that season.

The defensive midfielder did manage to breakthrough two years later, making a fleeting cameo appearance against Sevilla in which he replaced Oscar Lopez.

That was to be his only Barcelona appearance, however, and after a loan spell at Numancia – he moved down a division to Lleida in the second tier.

Sadly he had to retire aged just 26 two years later after succumbing to a number of injuries. 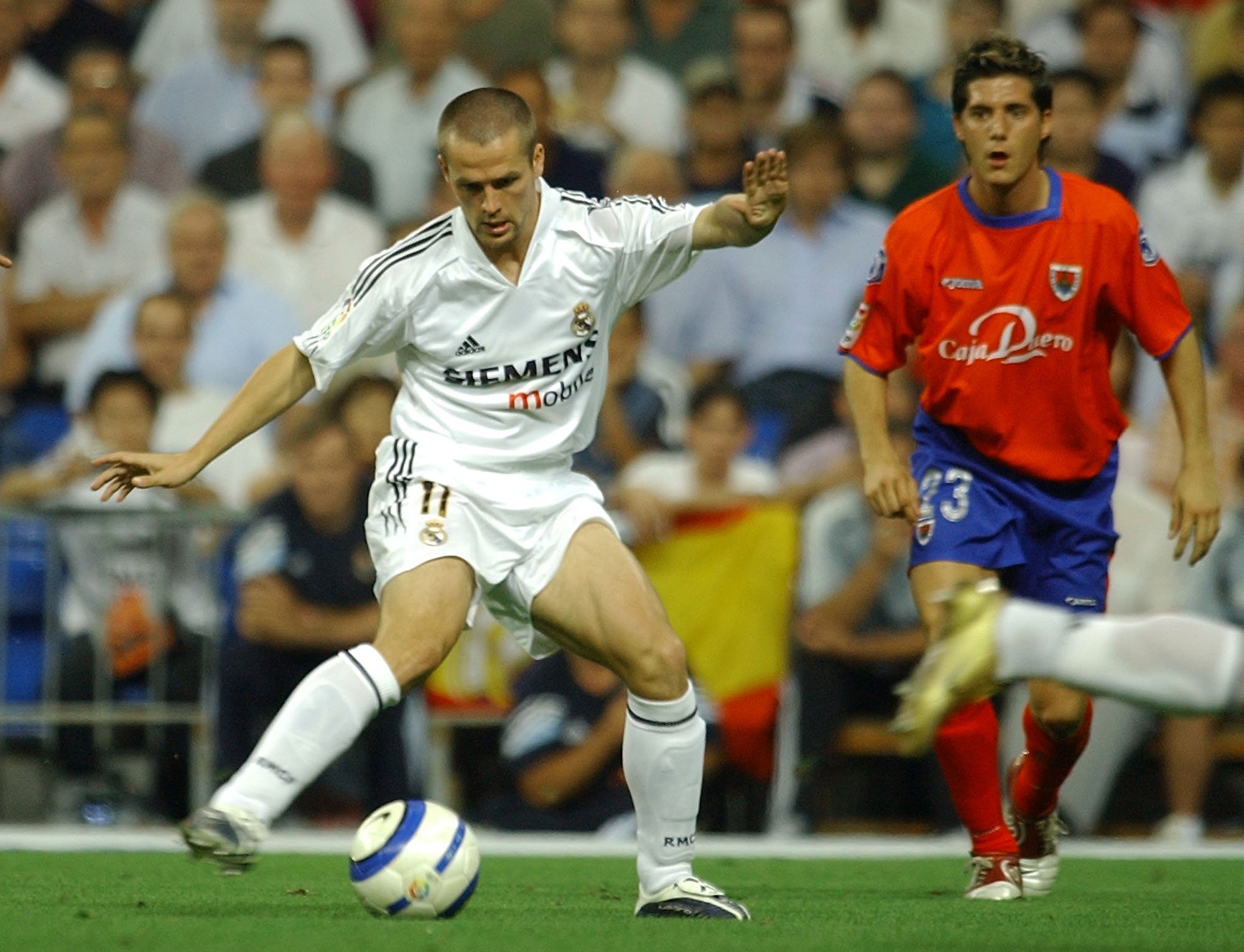 Now it's fair to say that this guy was quite successful too.

The midfield metronome won 32 trophies for club and country throughout a distinguished career in which he became widely heralded as one of the greatest players of all time.

He left Barca in 2015 to play for Qatari side Al-Sadd, who he now manages – although he has recently talked up a Camp Nou return… 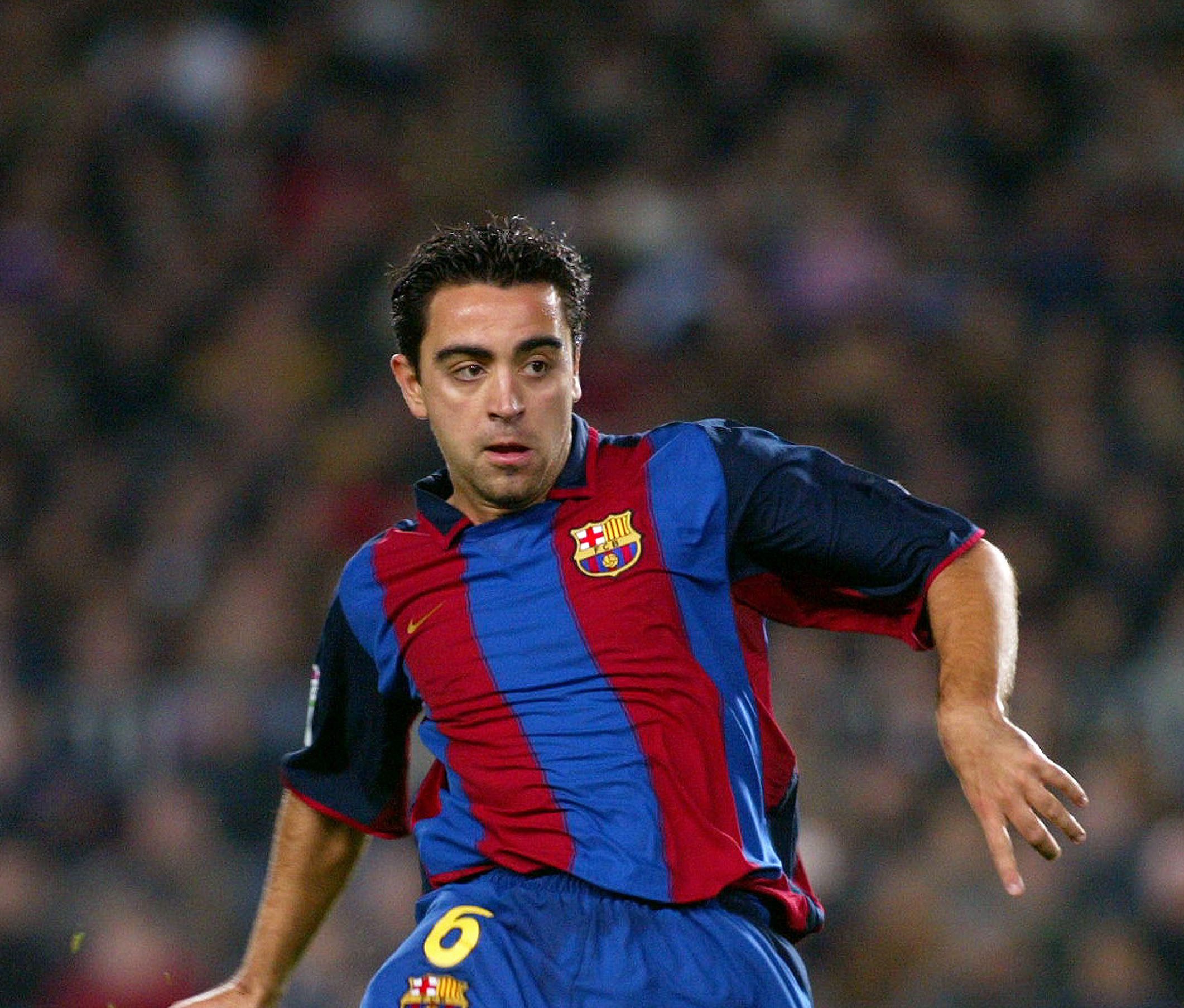 Now this list comes crashing back down to Earth with the entry of attacking midfielder, Sergio Santamaria.

While the Malaga native did at least get to enjoy the privilege of fleeting appearances in Barcelona's first-team – he failed to live up to the promise that saw him scoop the prestigious Golden Ball award at the 1997 Under-17 World Cup.

He went on to play for Albacete, Saint Andreu and Logrones, among others, and retired aged just 31 after seeing injuries blight his senior career.

A Catalan born and bred, Gabri was a useful figure at Barcelona in the early 2000s, acting as a handy utility man between 1999 and 2006.

Predominantly a midfielder, he also did a job on the flanks on numerous occasions – as well as filling in at full-back.

His efforts earned him three Spain caps and a place in their Euro 2004 squad.

Since retiring in 2014, Gabri has become a coach, working at La Masia with the Barcelona academy for three years.

He has since become a manager in his own right, leading Swiss side Sion – and most recently FC Andorra. 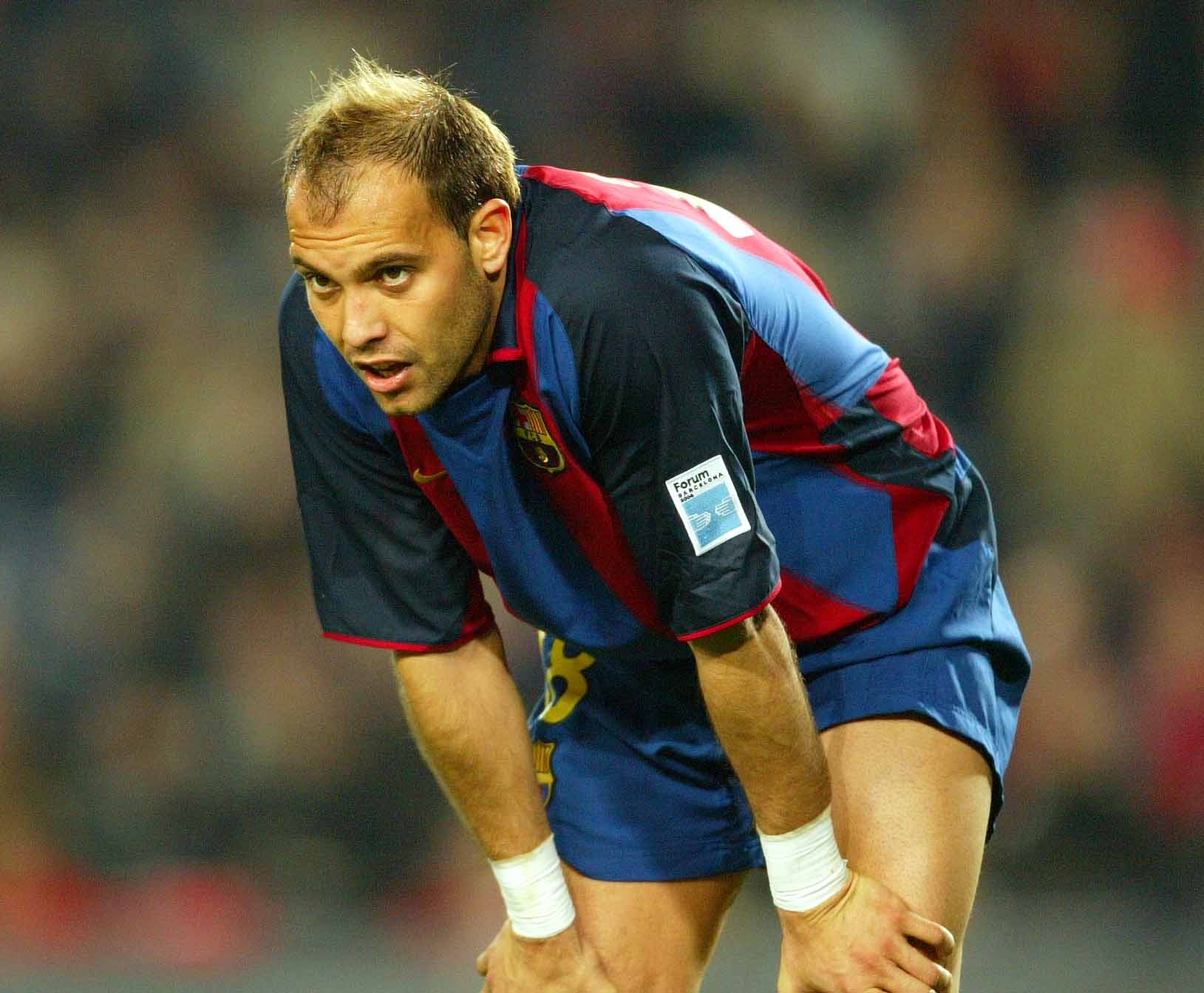 Enrique must have felt like a man among children in this side. At 33 he was in the final year of his celebrated career when he took to the field in Porto.

The 62 cap international, who has since gone on to manage his country, played upfront, on the wings, in midfield and even once at centre-back against FC Puchov in the Uefa Cup that year.

Enrique waved goodbye to the Camp Nou at the end of that season after 301 appearances, but was to return a decade later to manage the club with distinction – winning the Champions League with a Messi-inspired team in 2015. 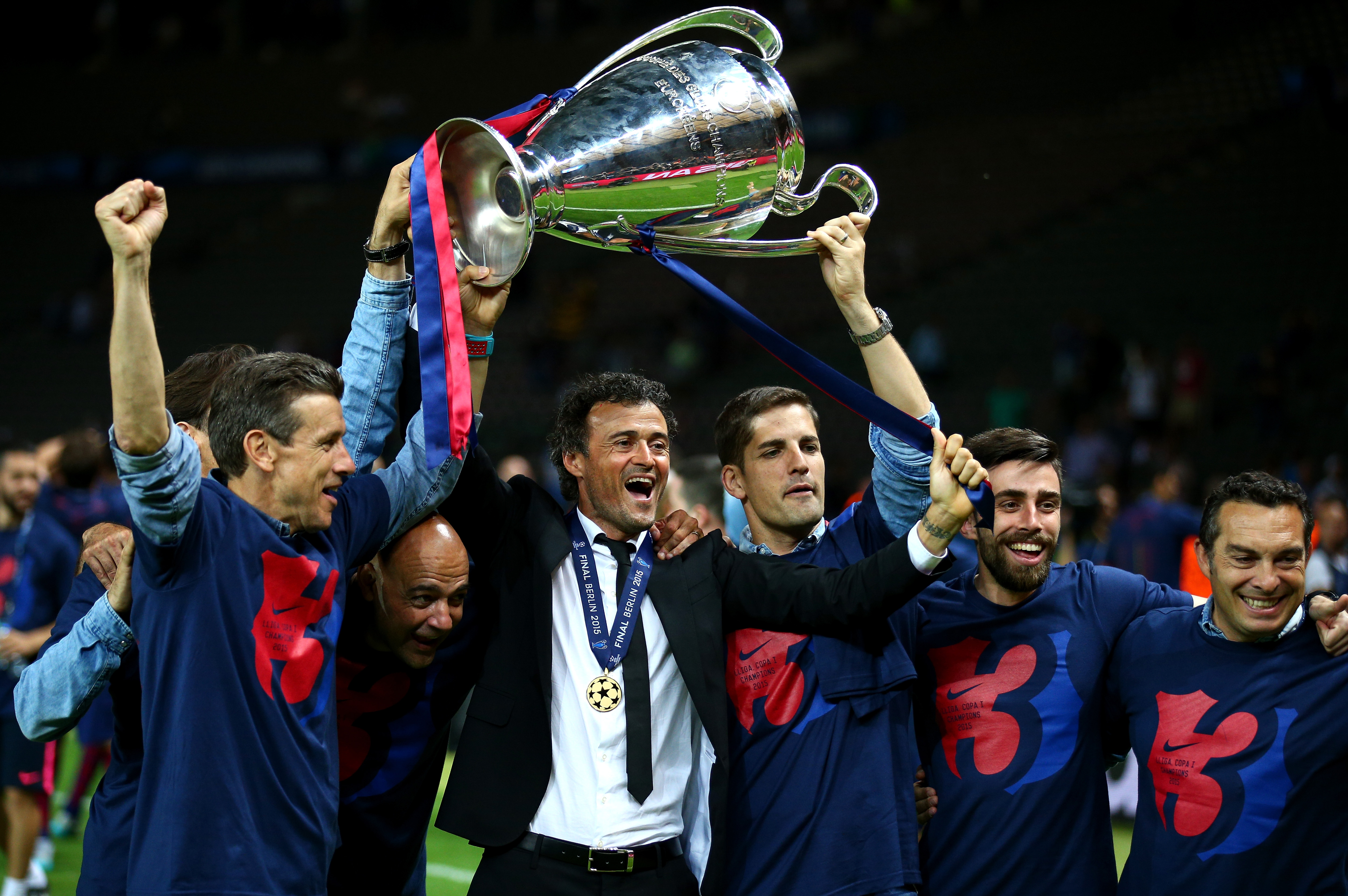 More well-known in England for his popular spell at Liverpool, Garcia actually struggled to make the same sort of impact while at his boyhood club, Barcelona.

Garcia had just returned to the Camp Nou a few months prior to this match having initially been sold to Atletico Madrid in 2002.

And while he managed seven goals and nine assists in his sole season in the Barca first-team – he could never achieve the popularity he was to gain at Anfield.

He joined the Kop for £6million the following summer, becoming a hero in the Reds' subsequent run to their fifth Champions League crown in his first season. 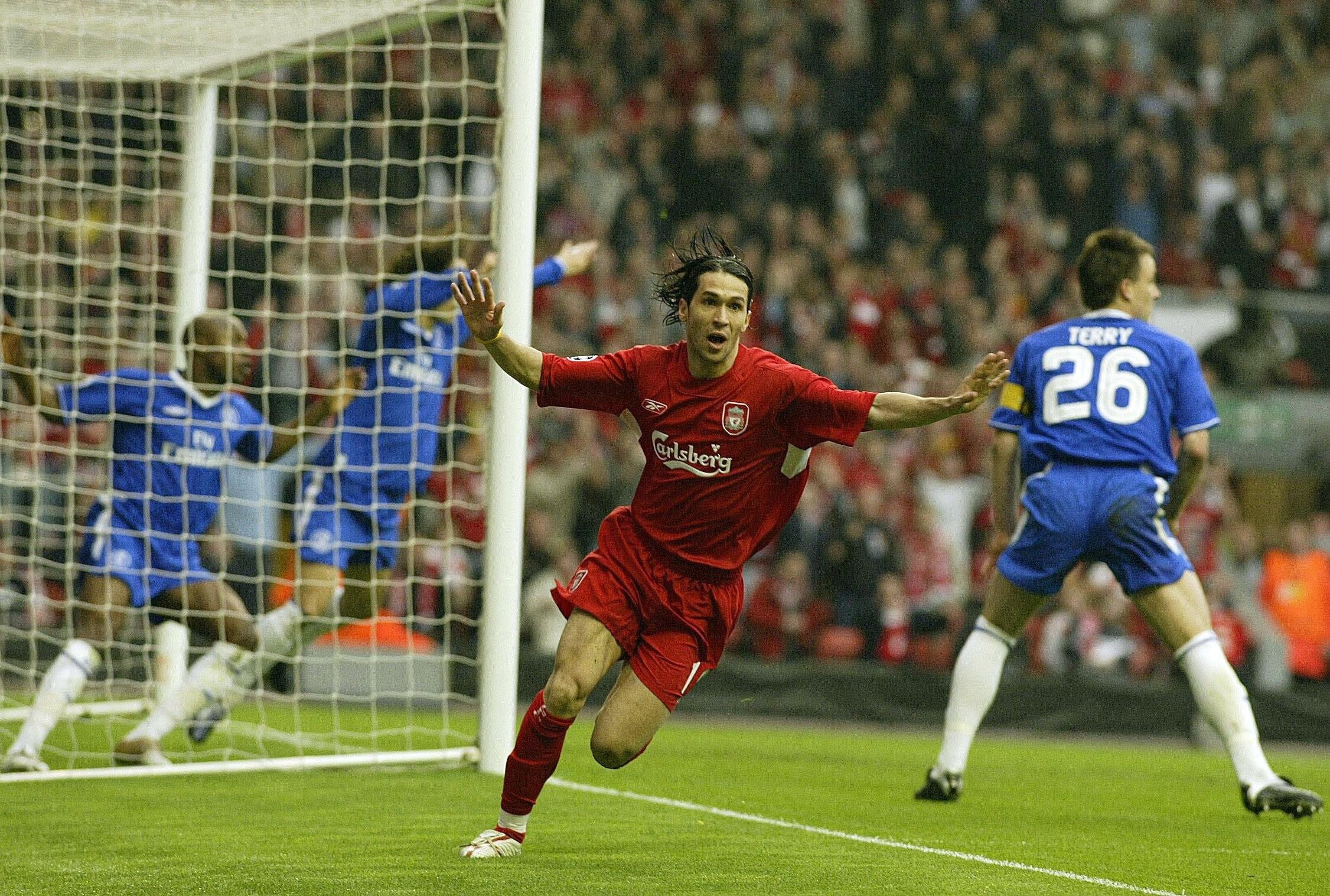