If you’re searching for the recording artist with the most commercial success, you don’t have to look beyond The Beatles. In their relatively short run making records (1962-70), the Fab Four packed away enough material to sell some 600 million albums (LPs) and billions of singles.

Their run on the UK and Billboard charts was also unmatched. Not even Elvis Presley racked up the number of chart-topping singles (20) and long-players (21). If nothing else, these statistics are worth keeping in mind when someone says Drake surpassed such-and-such Beatles chart milestone.

As far as the Fab Four’s chart dominance goes, the band really lorded over the Billboard Hot 100 and 200 in 1964. That year, they set a record for most No. 1 hits in a calendar year (six). At the peak of Beatlemania, the group also managed to hold the top five spots on America’s pop charts simultaneously. 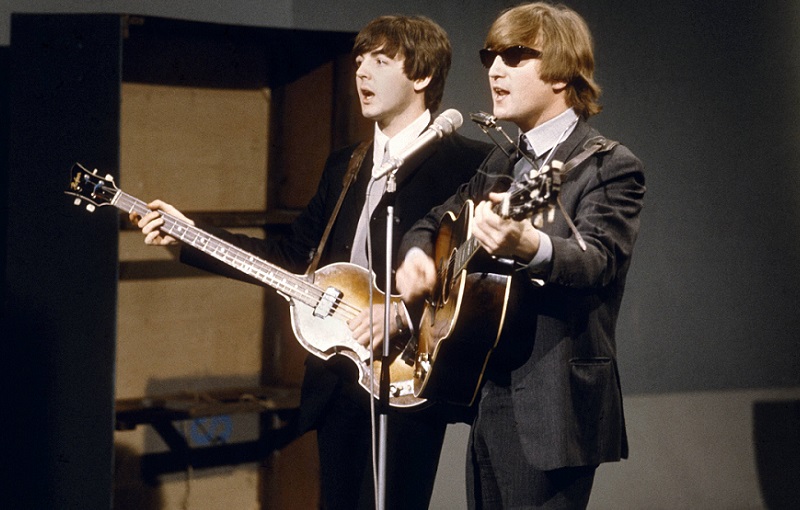 A good number of Beatles fans know their Fab Four milestones, beginning with the band’s breakthrough hit in America. That track, “I Want to Hold Your Hand,” sat atop the Billboard Hot 100 chart when the moptops visited the U.S. for the first time in February 1964.

“I Want to Hold Your Hand” began selling like mad around Christmas ’63 and didn’t stop until springtime the following year. All told, it ruled the charts for seven weeks and didn’t exit No. 1 until another Beatles single, “She Loves You,” displaced it.

But “She Loves You” didn’t just hit record stores; it had been out since late ’63. The Beatles’ explosion following the Ed Sullivan performance brought it roaring back — all the way to No. 1. And when it landed there in late March ’64, “I Want to Hold Your Hand” only dropped to No. 2.

By then, “Please Please Me,” which had been reissued in January ’64, had pulled into the No. 3 spot on the chart. The following week (March 28), the Fab Four cover of “Twist and Shout” also entered the top five, giving The Beatles four of the top five spots.

No one has matched the Beatles’ top-5 feat since 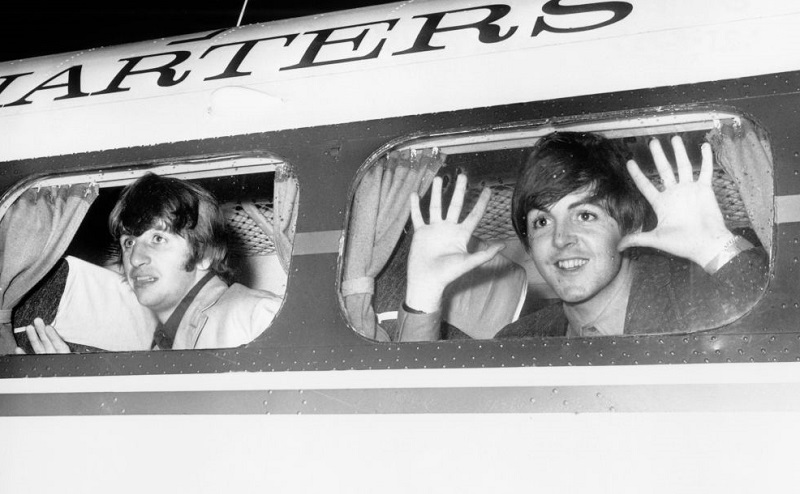 Since it’s next to impossible to have so many smash hits peaking together, it shouldn’t surprised anyone that no recording artist had matched this Beatles’ chart record since the spring of ’64. In fact, the closest any artist has come has been three singles in the top five at the same time.

As for holding down No. 1-3, only Ariana Grande has pulled that off in the six decades since The Beatles did it. But the Fab Four’s run didn’t stop when it took the top five spots. The group’s hold on No. 1 lasted into May, meaning they held the top position for three months.

When the calendar flipped to 1965, Beatlemania only calmed down a little bit. The band managed to score another five No. 1 hits in ’65. So for a band to surpass this type of success, it would need to be a once-in-three-generations type of artist. We wouldn’t bank on it.