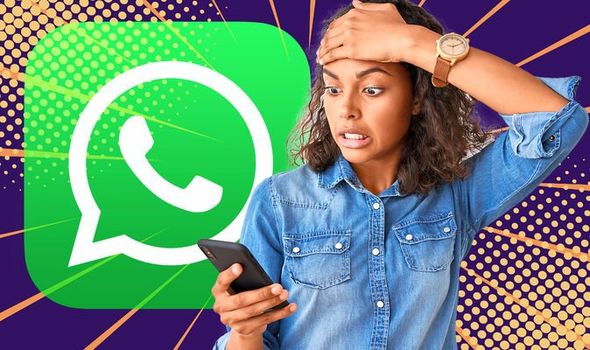 If you want to move from an iPhone to Android, the next update to WhatsApp is designed to help. According to @WABetaInfo, a Twitter account that trawls beta versions of the popular Facebook-owned messaging app to find clues about forthcoming features, the next update in the pipeline for WhatsApp will make it easier to transition from iOS to Android.

As it stands, there’s no way to move your conversations from iPhone to Android. That’s because WhatsApp on iOS uses Apple’s iCloud to back up your messages, photos, PDFs and more. Since Android devices don’t have the ability to download from Apple’s iCloud servers, your encrypted backup files remain out of reach when setting up WhatsApp on Android.

Likewise, Android smartphones use Google Drive to store past messages, group chats, and more …while there is a Google Drive app on iOS, there’s currently no way to use the files stored there to set up a WhatsApp account on iPhone. Although some third-party apps on the Apple App Store and Google Play Store claim to offer the ability to move conversations between iOS and Android, WhatsApp has previously warned customers that these all violate its terms of service.

Thankfully, none of these apps will be necessary for much longer, thanks to the feature developed by the WhatsApp team.

A screenshot shared by @WABetaInfo shows the process of moving your entire chat history from an iPhone to Android with a single tap. Both devices need to be running the latest version of WhatsApp for the process to work.

However, provided that your old smartphone and new model are up-to-date you should be able to wirelessly beam all of your conversations between the handsets in a few minutes – with no need to back-up to servers in California, and no need to lose all of your previous WhatsApp messages simply because you’re moving from one operating system to another. 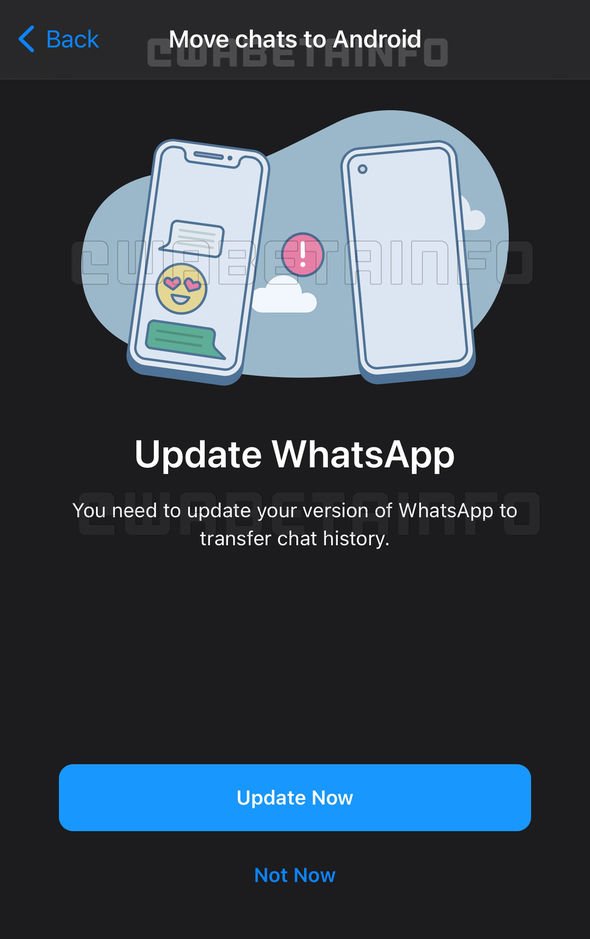 WhatsApp is really playing catch-up here, with rival messaging apps like Telegram, Signal and others have offered this functionality for some time now.

There’s some speculation this new feature will pave the way for WhatsApp users to move between multiple devices. Until now, WhatsApp has tied users’ accounts to their phone number. This means that users can only access WhatsApp on a single device at a time – and only on devices with a SIM card, like a smartphone. This is the reason WhatsApp doesn’t have an official iPad app, for example.

While some messaging services, like iMessage, Facebook Messenger and Telegram, allow users to reply to texts from an iPad, then pick up where they left off a smartphone, before returning to make a video call on a PC or tablet again ….WhatsApp users cannot do any of that.

By allowing chats to be wirelessly moved from iPhone to Android, WhatsApp could be laying the groundwork for users to be able to move seamlessly between their smartphone, an Android tablet, and back again.

The super-sleuths at @WABetaInfo have previously unearthed screenshots of a fully-fledged iPad version of WhatsApp, so it’s clearly something the team are working on.