Gwen Stefani is a style icon for the ages. She came into fame in the ’90s as the lead vocalist of No Doubt and has remained an A-list star ever since. Following the success of No Doubt, Stefani went on to release solo albums, like the 2004 classic “Love. Angel. Music. Baby.” Stefani went on to be a judge on “The Voice,” which had a happy ending for her, considering she met her now-husband, Blake Shelton, on the competitive reality show.

A major part of Stefani’s appeal and longevity as a star has been her iconic looks. She’s consistently rocked platinum blonde hair and red lips for decades, with brief variations, according to Entertainment Weekly, into the world of blue and pink hair — but hey, change is fun. While we’re so used to seeing our favorite beauty queen in full glam, making bold choices, Stefani has actually revealed what she looks like without any makeup. The look is certainly less glitzy but she’s just as beautiful as we expected. 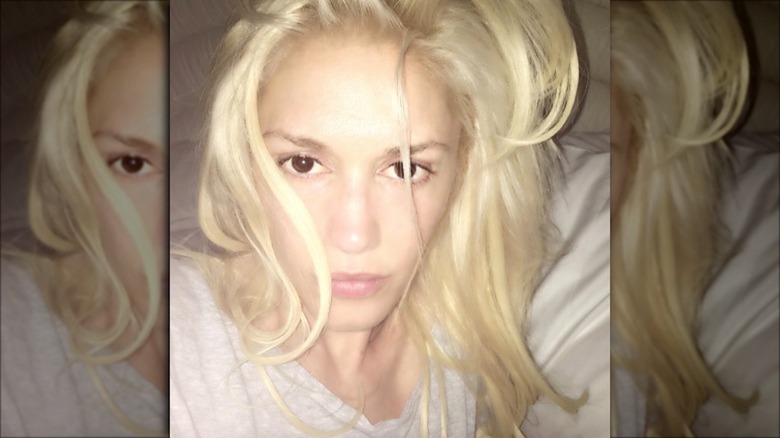 In a moment of candid vulnerability, Gwen Stefani shared a makeup-free selfie to Instagram. Lying in bed with tousled blonde hair, her natural look as posted back in 2016 was a huge hit with fans. “This young lady is a NATURAL beauty. PERIOD! She is even MORE beautiful without the make-up,” one fan enthusiastically wrote. “How does this happen? When you are beautiful [on] the INSIDE…it makes [its] way to the OUTSIDE, as well!” “Just more proof she’s the most beautiful woman alive,” someone else added. “Absolutely gorgeous!!!!!!” another fan wrote.

While Stefani’s obviously comfortable enough in her skin to show us her bare face, she joked in an interview with In Style that her kids are quite used to seeing her in makeup — so much so that they’ll ask about it if she’s not wearing any. “[Makeup] says a lot, I think,” Stefani said. “Even my kids are so used to me wearing makeup that if I don’t, they’ll be like, ‘Wait are you gonna put on makeup?’ I’m like, ‘Of course I’m going to.’ It’s just who I am. Always have been.”

In fact, Stefani shared how a done-up look can positively impact her mood. Keep reading. 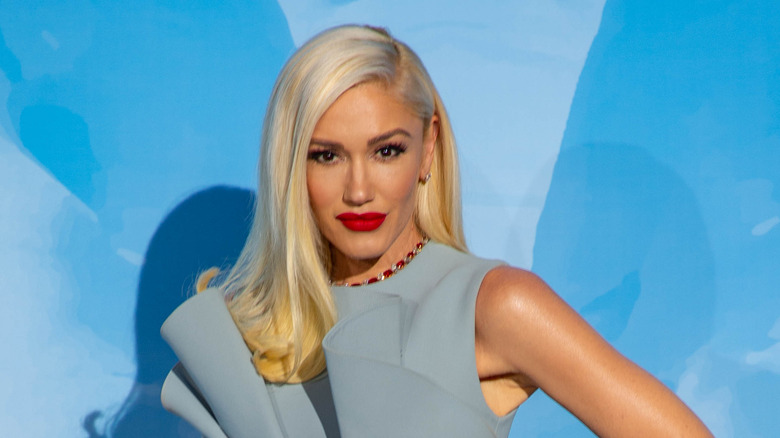 Gwen Stefani is a firm believer in the power of makeup. She says the same about her general look and how important it is to be comfortable. While speaking with In Style in 2017, Stefani said, “I don’t have an ideal of any makeup, it’s all about what you’re trying to say and mood. I think that’s the same with clothes for me too.”

She added, “And I’m not proud of this but I think that it really affects me. If I’m not comfortable, I’ll be like, ‘I don’t even want to be here right now,’ if I don’t have the right feeling, because it’s who I am. I’m saying, ‘This is who I am.’ I think that’s true even if you’re a jeans and T-shirt person.”

In fact, the power of creating a mood through makeup is something Stefani uses for her performances too. She does her own makeup before shows, according to Showbiz CheatSheet, and added that a key reason for this is that the ritual of it helps her prepare. “I don’t know what it is, but something about that whole kind of war paint, you know, putting it on, building the confidence,” Stefani said. “Once I get the makeup on, it’s showtime.” But that’s not the only surprising fact about Stefani’s makeup routine. 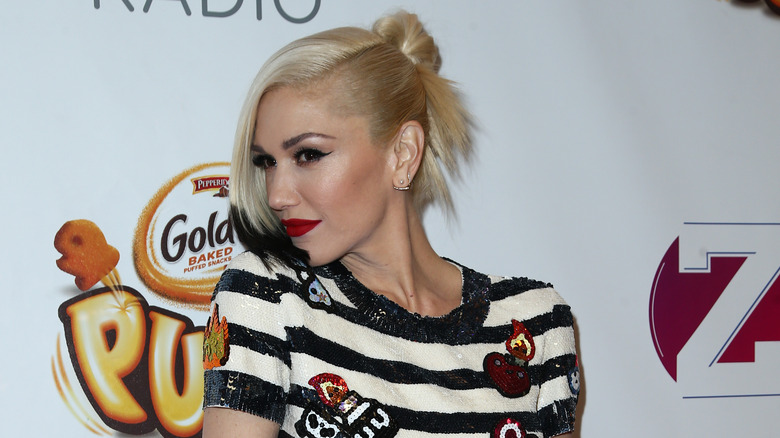 While Gwen Stefani has access to the most expensive brands in the world, she often opts for more affordable brands when it comes to her makeup routine. In fact, much of her favorite makeup comes from drug stores and grocery stores, a surprising detail considering she has a net worth of $150 million.

Stefani spoke about her love of affordable beauty products when she was named an ambassador for Revlon in 2017. As she told In Style, “I’m like how smart is Revlon to pick me? They’re so smart. I’m probably the most excited person about makeup that you could ever choose and it genuinely is my passion.”

It was a great choice on the part of the brand since Stefani has repeatedly talked about her love of affordable makeup. “They’re all the same products as high-end brands and they work just as well as the expensive versions,” she said, according to Showbiz CheatSheet. Love it! Whether she’s rocking an ultra-glam look or going makeup-free, Stefani’s a style icon we can’t live without.