The Spanish giants fought back from 2-0 down at half-time to win 3-2 thanks to a stoppage-time winner from talisman Karim Benzema. 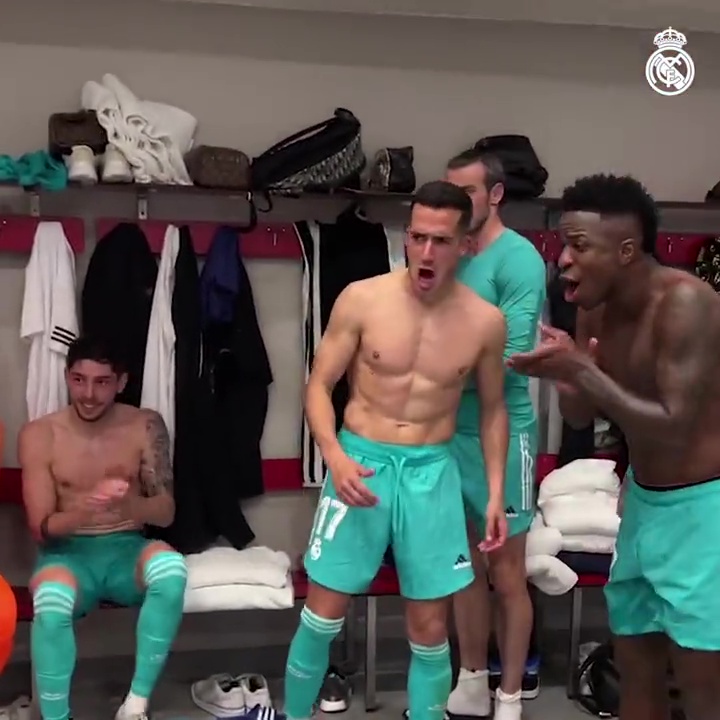 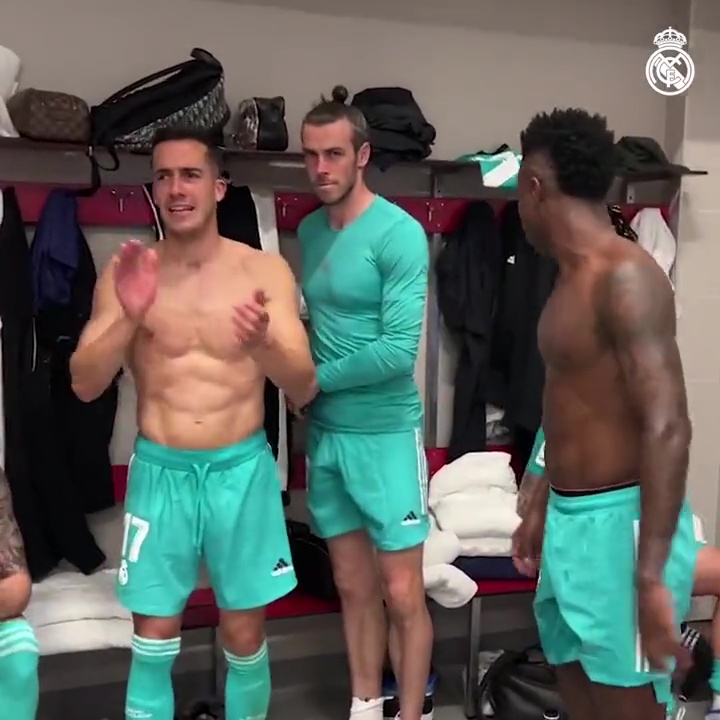 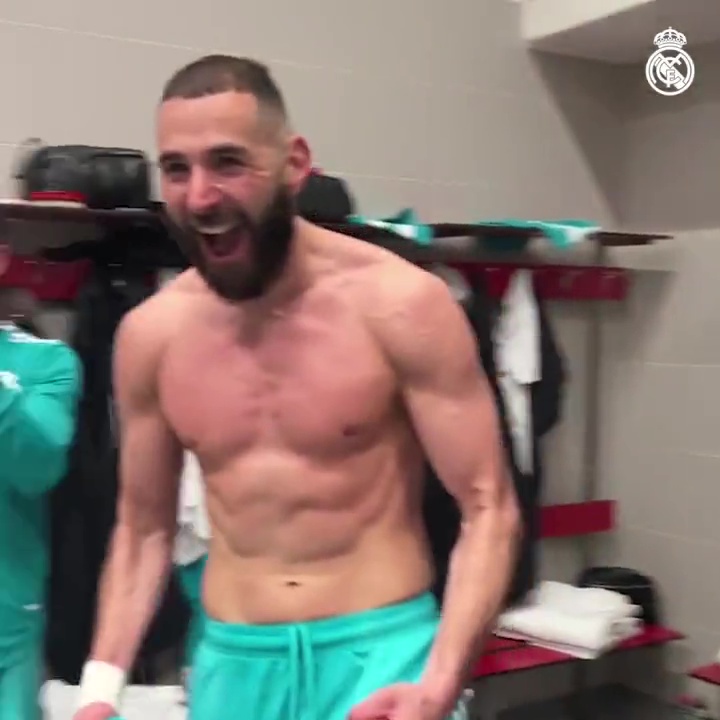 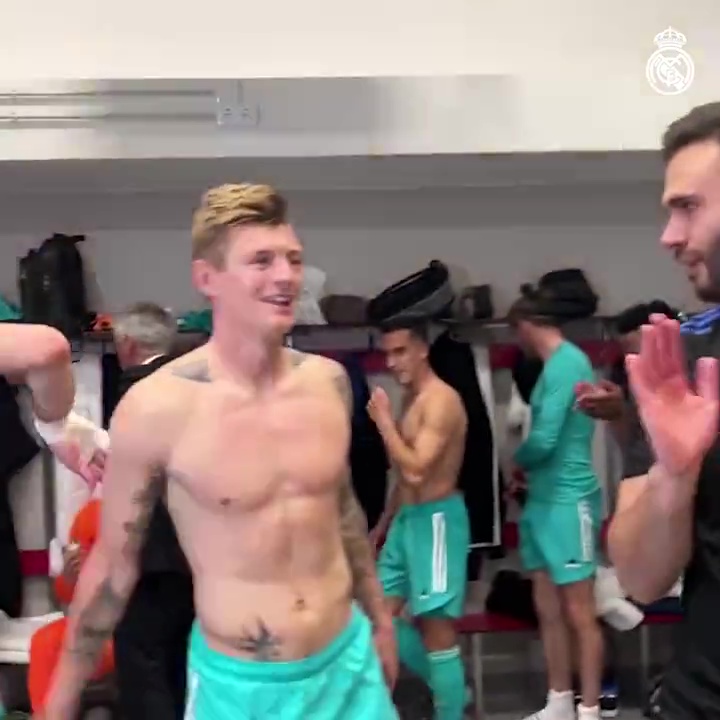 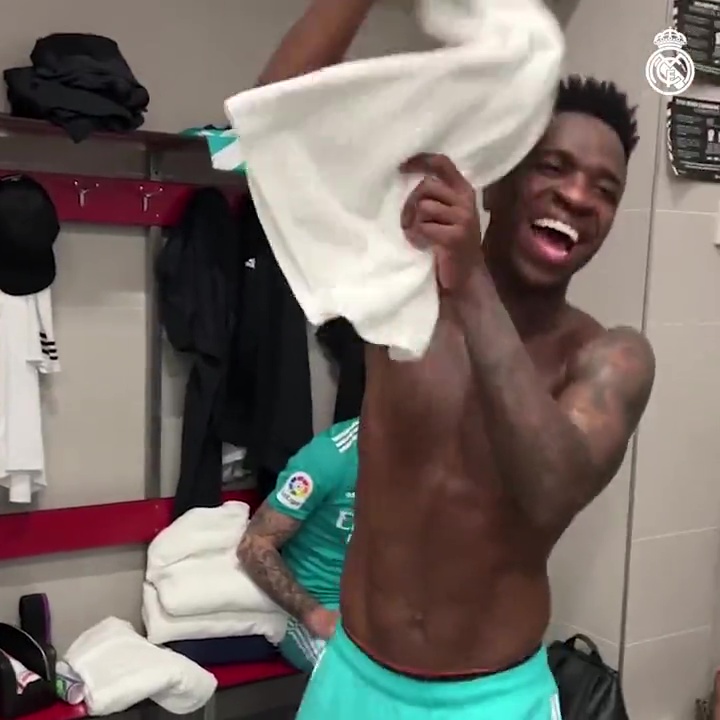 The Real Madrid squad were then filmed celebrating in epic fashion as they made their way back to the dressing room.

The victory sees them move 15 points clear of Barcelona at the top of the LaLiga table as they close in on regaining the league title.

And the likes of Benzema, Toni Kroos, David Alaba and Vinicius Junior were all lapping up the victory as they embraced one another following a massive win.

But Bale, who has barely played in recent months, was spotted looking far less enthusiastic as he stood at the back of the celebrations.

Reacting to the clip, one social media user said: "Gareth Bale looks like a lost puppy completely disconnected from the team. It genuinely is sad."

Another added: "Why is Bale looking like he is about to steal someone’s phone? 😂."

But a third disagreed that he was looking glum, jokingly saying: "Sad? You should see his astronomical wages! 🤣

"I mean, it's now confirmed that he's leaving at the end of the season. I doubt he cares much."

'WORST SOUND IN THE WORLD'

ITV viewers fuming as Chelsea vs Palace ruined by 'hissing'

In another clip of the wild celebrations, Alaba could be seen holding a chair above his head in a tribute to his actions at the end of the win over PSG.

Following their Champions League victory last month, Alaba was spotted lifting a fold-up chair in the air in front of the Los Blancos supporters.

Meanwhile, Bale's Real Madrid contract comes to an end in the summer and he is expected to leave after a turbulent few years in the Spanish capital.

Under manager Carlo Ancelotti, the Welshman has played just 90 minutes of LaLiga football since the end of August.

And recently he took a swipe at his critics while away on international duty with Wales after the media labelled him a "parasite".

He said: "It's disgusting. They should be ashamed of themselves. I am not fussed, end of."

Cardiff and Tottenham are leading the way as the bookies' frontrunners to snap up Bale at the end of the season.