ASTON VILLA youngster Rushian Hepburn-Murphy showed the perils of playing football at home when accidentally smashing a window in his garden.

Unable to play or train for loan club Derby during football's pandemic shutdown, the 21-year-old uploaded a clip of how he is passing the time by inventing games for himself. 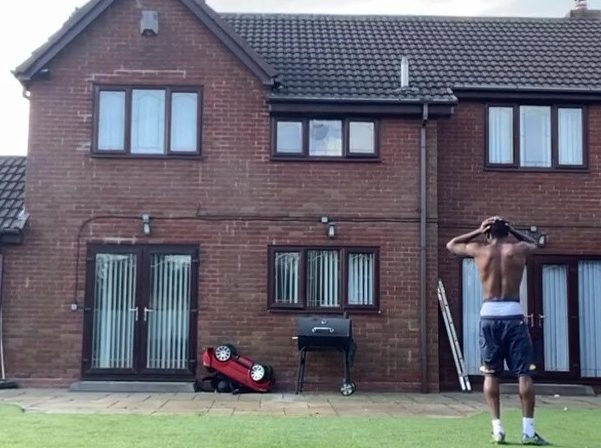 But a session of playing against the wall of his house hilariously led to a pile of broken glass – and no one to come and fix it.

Hepburn-Murphy drolly captioned the video: "Can’t even get anyone to fix that anytime soon."

Bristol City's Jay Dasilva dubbed Hepburn-Murphy a "mad man" while Preston's Josh Ginnelly commented "fool", but it was perhaps Marcus Browne of Oxford best summing it up with the cheeky jibe: "Dummy".

Some praised Hepburn-Murphy for providing some much needed light relief during the pandemic lockdown, in particular for his priceless reaction.

One fan commented: "It’s how long you were standing there afterwards that’s making me die."

And fellow Instagram user Martin posted: "Thanks dude that's the best laugh I've had this week."

Villa academy graduate Hepburn-Murphy joined Derby on loan in January after spells with Tranmere and Cambridge but is yet to play for the Championship club.