VODAFONE’S mobile and broadband services appear to have gone down for customers this afternoon.

Frustrated phone and internet users are taking to social media to say they can’t make calls or get online. 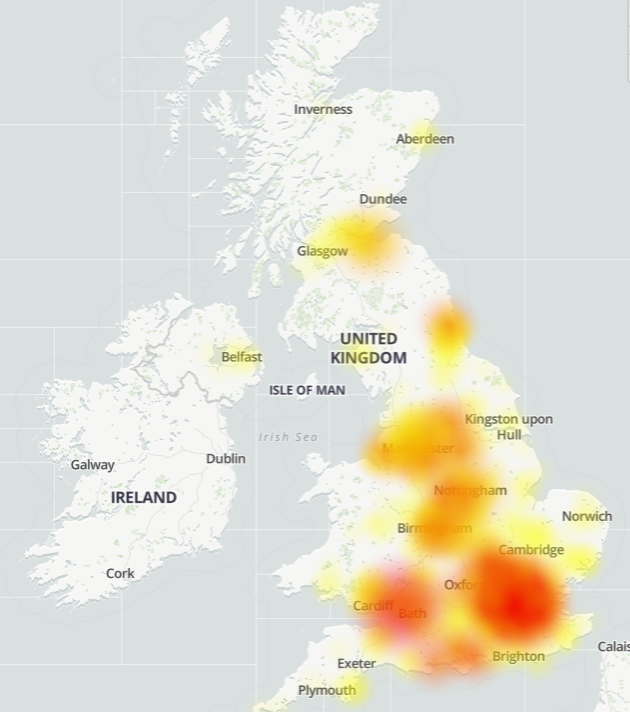 It comes as outage tracker DownDetector is reporting almost 100 complaints linked to the telephone and internet provider shortly after 2pm.

According to DownDetector, 65 per cent of the complaints it has picked up are linked to Vodafone's calling and texting services.

The outage tracker shows the remaining 35 per cent of reported issues are to do with Vodafone home and mobile internet.

The issue appears to be mainly in London, although Vodafone has yet to confirm any problems with its network.

Tweeting the company earlier today, one customer asked: "Is your network down?"

Another said: "Trying to make outgoing calls and not working. Even when I switch to 4G. Is the network down?"

While this customer tweeted: "Now that my Vodafone broadband has gone down again for the fifth time in three days with no return in sight.

"I may have to resort to dusting off the old DVDs and CD collection."

Another frustrated user asked: "Is your network down? It’s not even ringing any number?"

The Sun has asked Vodafone if it's aware of problems with its network and we'll update this article when we know more.

The phone and internet provider has been responding to customers on social media, asking them to provide their postcode to see if there are issues in their area.

Vodafone has 19.5 million customers in the UK.

It's unclear how many Vodafone users are experiencing issues today.

Vodafone recently hiked its mobile bills by 2.5 per cent with customers paying up to £23.40 extra from now on.

It comes after Three Mobile call centres were shut down due to coronavirus.