A farming company in Georgia is recalling whole Vidalia onions that were sold at certain Wegman's and Publix locations under the brand Little Bear.

A&M Farms, based in Lyons, Georgia, issued the voluntary recall because the affected onions may be contaminated with listeria monocytogenes, bacteria that can cause illness or infections.

The onions were available in Wegman's stores in Rochester, Massachusetts, and at the Erie West and Erie Peach Street Wegman's stores in Pennsylvania. The recalled products were also shipped to North Carolina, but were disposed of at a Sam's Club distribution center before they were made available to customers. 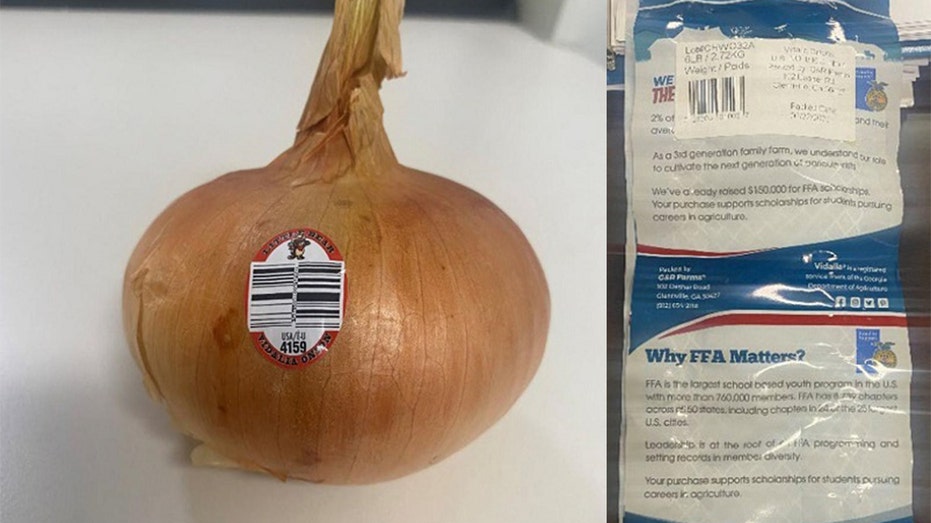 Consumers should look for PLU 4159 on the label and either throw the onions out or return them to the store for a refund.

"The health and safety of consumers are our top priorities here at A&M Farms," A&M Farms co-owner Aries Haygood said in a statement. "We are glad that most of the implicated product never reached stores, but we are focused intently on alerting consumers in those areas that did receive the onions."

"We stopped packing on the implicated line, and I am personally overseeing a full cleaning and sanitation of the equipment and an internal review of our processes," Haygood continued.