NOCTURNAL MISSION goes up in class on the back of a good second at Houston over a furlong further. She was leading into the closing stages and was just nailed in the dying strides so dropping back looks a wise move. 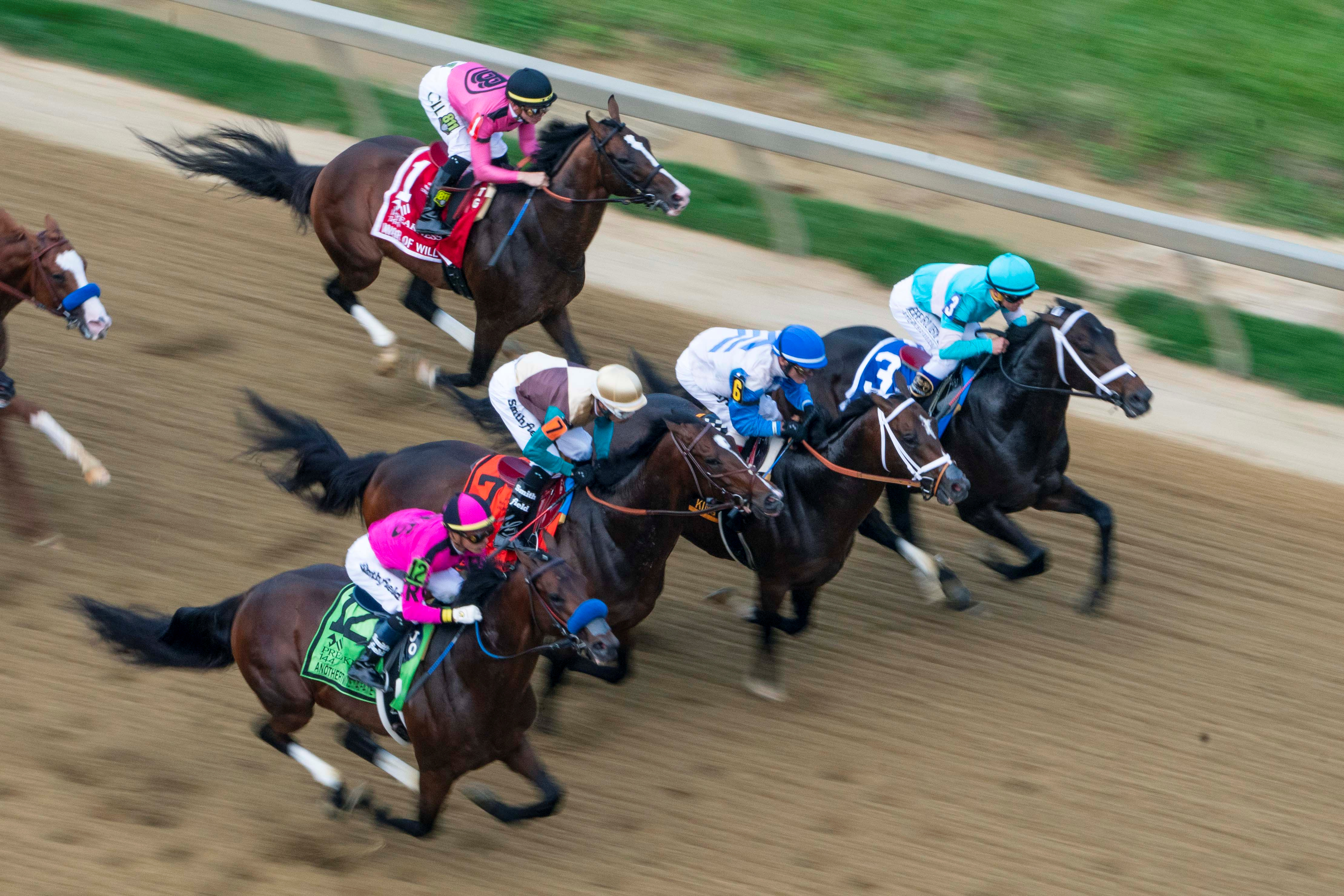 Love And Lemons makes her Will Rogers debut and has some decent form in stronger company at Gulfstream. She was a good second at Houston last time and a repeat would give her every chance.

Golden Lullabye has the best speed figures on show in the race and has been on the podium on her past six starts. Her last win came over this trip.

TWO THE PUNCH is looking for a hat-trick of wins and did particularly well when overcoming traffic problems to score last time. This trip is ideal and he’ll be hard to beat making his course debut.

Game Day Decision just faded when third over further latest and will be a threat if repeating that.

Strong Side was beaten just a length on his first spin around here after a couple of wins over further. He was forced out wide latest and will be a threat with a clearer run.

RACE THE MOON has been placed twice on his three runs at Will Rogers and showed plenty of pace when second here last time. This drop in distance looks a wise move and he was coming back from a break so should be fitter for the outing.

Maverick Moon and Tackson chased the tip home last time and should run well again, although there’s no reason why the form should be turned around. Maverick Brown is consistent with two wins from two starts over this distance. He had traffic problems when third latest and should be right there again.

BLING SPRINGSTEEN comes here in good form with three placed runs in four outings. She saves her best for this distance with a win and two places from three attempts. Her trainer is in good form and she won’t be far away.

This isn’t the deepest race but Long Ride Home won easily on her debut at the track last time. That was over this distance and he could improve on just his fourth outing but he is up in class.

Restore Harmony won at Houston three runs ago and is worth a look while her trainer is in good form with 30% wins in the past two weeks.

SHEZA ROCKSTAR has been found a good opportunity for her debut at Will Rogers. She takes a big drop in class and showed enough with a couple of placed efforts at Houston in better races than this. The yard is in fantastic form and she looks hard to beat.

Hoyam has had just three runs and shapes as though stepping up to this mile can bring improvement for a trainer-jockey team that has a 50% win rate.

Wild Prospect has a couple of placed runs around here including last time when a fair second over this trip.

ANGEL’S CUT was impressive when winning at Fairgrounds last time when drawing away from her rivals. That was over half a furlong further but this shorter distance holds no fears and she looks capable of improvement with few miles on the clock.

Veronica’s Dream makes the move to Will Rogers after winning at Evangeline Downs back in August. Her work reports have been positive and she won three from nine last season so has ability.

Emily’s Pegasus had plenty in hand when winning here latest and she’ll be right there again given that she’s rarely out of the frame.

AURA has shown plenty on her three runs and won by eight lengths at Houston two runs ago before meeting trouble in running when third last time. She sees out this trip well and has a lot more to offer.

Karate Hottie showed promise on her Will Rogers debut when just over a length off the pace in second. Stepping up from six furlongs could help as she stayed on strongly last time. Figure usually hits the frame but has just one win in 13 outings. She is another who may appreciate going over the longer distance.

COLLEGE QUEEN has a cracking record over this distance with two wins and three places from five attempts. She was third in a stronger race than this at Turf Paradise last time and has every chance of making a winning course debut.

Daisy Can is another entering calmer waters after a solid fourth at Houston latest. Her trainer is in sparkling form so another good effort is on the cards.

Battle Chic comes from a yard with a strong record with horses that are coming down in grade. She’s having her sights lowered today so could bounce back from a modest effort last time.

ESTILO FEMENINO has been in good form at Oaklawn Park where she was a close-up third last time out. That was over this distance and she finished off the race well. This opposition is no tougher so she should be right there again.

Wholehearted has not been out of the frame for nine starts and did well to finish third last time despite meeting trouble in running. This is her ideal distance and she will be right there again.

Drip Brew is going up in grade for this course debut and saves her best for this trip.

SHE’S EARTHBOUND is overdue a win and came back from a break to finish a close-up fourth here last time out. She was forced out wide as the pace hotted up which didn’t help and she’s capable of better.

Savvy Spender took a step forward when finishing a close second on her course debut latest. She was nailed right on the line and drops in distance, which looks a wise move.

Los Suenos improved to finish second latest when run out of it in the final furlong. That was her first run for almost a year so she should be fitter today.