The Bachelorette‘s Tyler Cameron and Hannah Brown keep fueling them. On Friday night, they appeared in an Instagram Live video posted on Cameron’s account, showing the two working out together with friends, including Jacob Laham, while fitness model Phil Fit directed them remotely. They also took questions from fans, and one of them asked him if he was dating Brown.

“Me and Brown Bear are dating, yes, I confirm,” Cameron replied, as she was shown grinning and nodding.

However, the trolling is real; Brown Bear is Laham’s nickname, which Cameron had also noted on Twitter last week.

He and Brown have been inseparable for weeks as they remain in isolation together with their friends amid the coronavirus pandemic. Earlier this month, she joined Cameron in Florida to attend a memorial for his late mother Andrea. She then went back home, but days later returned to Florida and reunited with Cameron. The two later started TikTok and Instagram accounts with the friends and have dubbed themselves the “Quarantine Crew.”

In recent days, Cameron and Brown have filmed multiple TikTok videos together, and acted flirty. 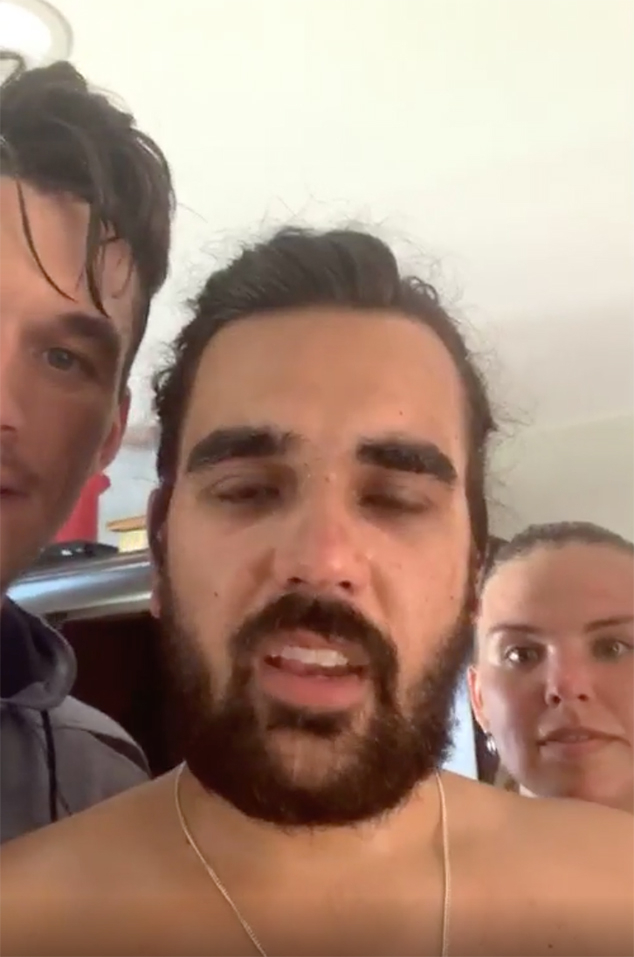 Brown, the star of The Bachelorette season 15, had rejected Cameron, the runner-up, on the show. But after its finale, they reunited and spent time  together at her home. They later went their separate ways and he dated Gigi Hadid for two months until October.