The best day to score travel deals for 2023 is Nov. 29, according to travel app Hopper.

For the past six years, Hopper discovered that the Tuesday after Thanksgiving consistently offered the highest volume of deals than the entire holiday shopping week following Thanksgiving, which spans from Black Friday through Cyber Monday, Hayley Berg, lead economist of travel app Hopper, told FOX Business.

It's been known as Travel Deal Tuesday. People who are already eyeing a trip this spring and summer can score major discounts on domestic and international flights as well as with hotels and car rentals.

Historically, Travel Deal Tuesday has over 50% more deals than Black Friday and 30% more deals than Cyber Monday, according to Hopper. Last year, Hopper sent 50% more deal alerts, telling perspective travelers that they should book now, than any other day in the previous week, Berg said. 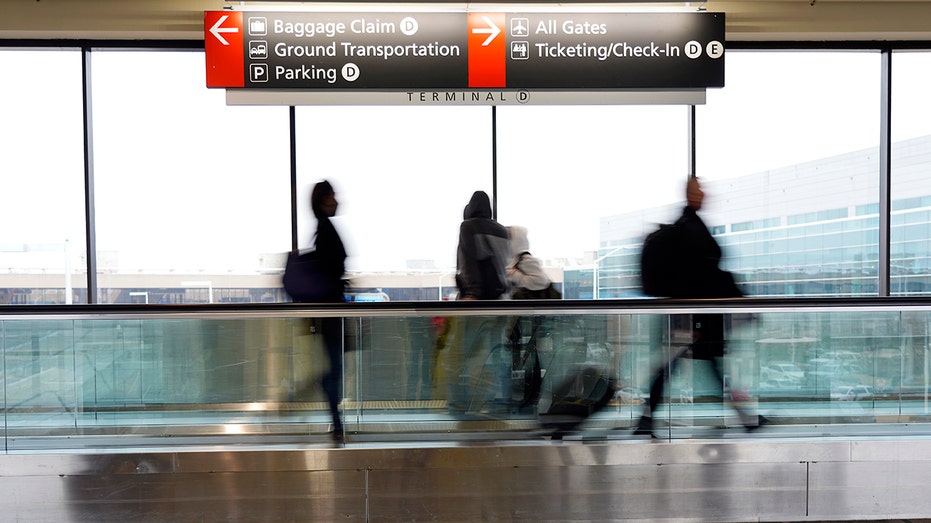 Travelers walk to their gates at the Philadelphia International Airport on Friday, Dec. 31, 2021, in Philadelphia. (AP Photo/Michael Perez / AP Newsroom)

"We were finding about 68 deal prices per second," she added.

On average, people who scored deals on domestic flights saved $52 last year. For international flights, they saved $160 on average, she said. But she also noted that those are just averages and that some savings can be well over those figures.

One traveler booked a trip to Nepal on Travel Day Tuesday last year for $1,200 less than what they would have paid just two weeks prior, Berg said.

WHAT THANKSGIVING, CHRISTMAS TRAVEL COULD COST YOU THIS YEAR

The deals historically roll in around the end of November because most people have already booked holiday flights and aren't thinking about their next year plans yet.

As a result, airlines will likely lower prices to try and pick up some sales as we head into December, which "is typically a pretty slow month for bookings because attention is elsewhere," according to Berg. 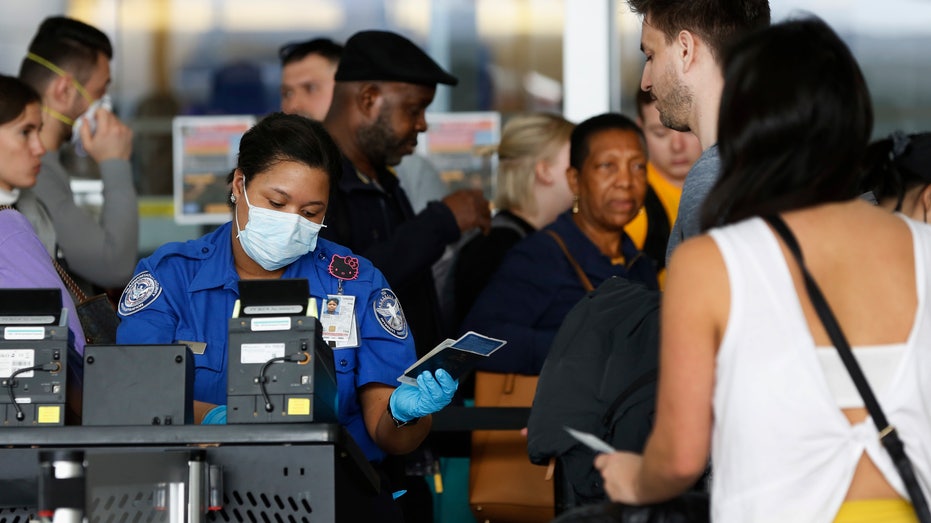 A Transportation Security Administration agent hands a passport back to a traveler as she screens travelers, at a checkpoint inside an airline terminal at John F. Kennedy Airport in New York.  (AP Photo/Kathy Willens, File / AP Newsroom)

However, in addition to the airline's discounts, Hopper says it also "sweetens" the deal for Hopper users on Travel Deal Tuesday by offering additional discounts on flights.

This year, the travel app is offering additional savings of over $100 off for flights to international destinations such as Bali, Santorini, Tokyo and Lisbon, according to Berg.

Hopper also offers additional discounts for hotels and car rentals so "travelers can really have a single day when they're going to get the best deals" when booking travel for 2023.

Hopper gathers between 25 and 30 billion flight and hotel price quotes every day.