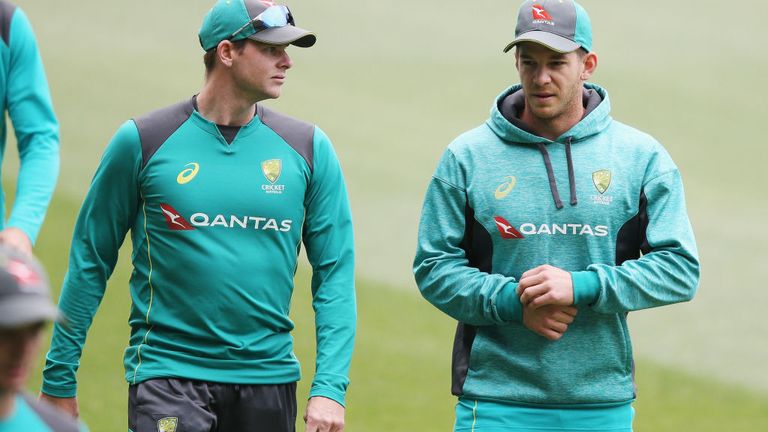 Australia skipper Tim Paine says he would “fully support” Steve Smith regaining the captaincy from him.

Smith is eligible to captain Australia again after his two-year suspension following the ball-tampering incident was concluded, which means he could be back in the role in time for the Ashes series against England later this year.

Paine, speaking from his home in Tasmania, said he would “fully support” Smith returning as captain of the national side “down the track”.

“I haven’t had that conversation with him. I probably will at some stage, no doubt,” Paine said. “If Steve Smith decides that’s the way he wants to go, then I would fully support him.”

Paine later clarified his comment related to “the next Australian captain” and he would support Smith or others including Pat Cummins and Marnus Labuschagne being put in the role “down the track”.

He said he, coach Justin Langer and selection chairman Trevor Hohns had to “make sure we are developing a number of guys that we can choose from, whether that’s a Steve Smith who has done it before, or one of the guys who are developing like a Travis Head, a Marnus Labuschagne or a Pat Cummins”.