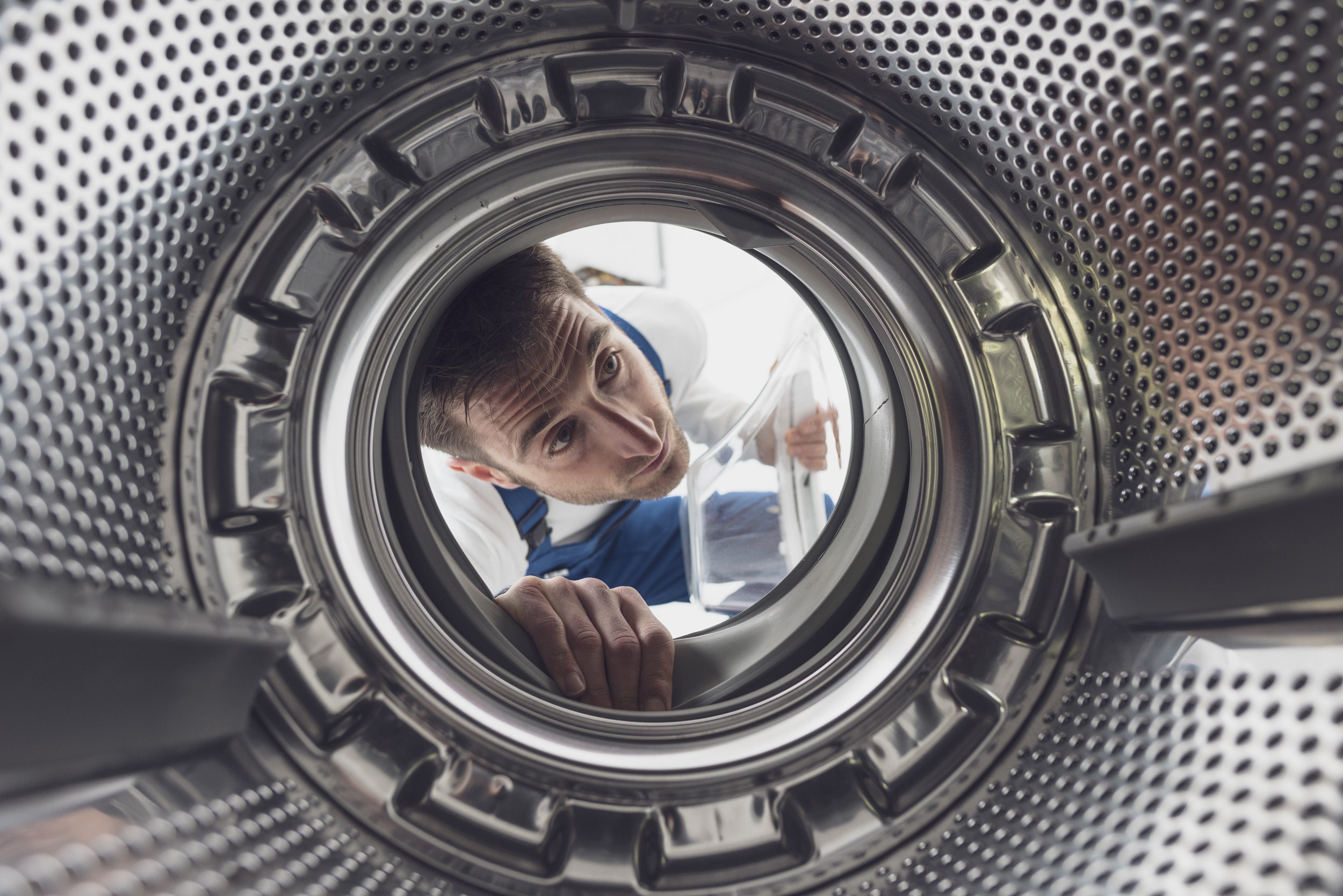 From darning socks to upcycling vintage furniture, human beings have a knack of extending the life expectancy of everyday items and, if nothing else, it makes money-saving sense.

Tinkering and technology don’t always go hand in hand, though. Applying the ‘make do and mend’ mantra to tablets and toasters isn’t quite the same as taking a needle and thread to a pair of cable-knit leg-warmers.

Even with techie acumen and a soldering gun in hand, home-made gadget repair has an underlying issue with accessibility: manufacturers of electronic goods have not been legally required to make available to consumers either spare parts or the instruction booklets required to fit them.

But things are tiptoeing towards change.

The government’s ‘right to repair’ laws, enshrined in July, promote the repairability of electronic products.

Under the new rules, manufacturers of numerous white goods, as well as products with electronic displays like TVs, must make spare parts available to consumers so they can carry out repairs either themselves or via a third-party professional repairer when the inevitable fault rears its ugly head.

Manufacturers have a two-year window to make the necessary changes to their business, though laptops, smartphones and tablets, as well as cookers and hobs, tumble dryers and microwaves, are not yet included in the new rules.

The legislation makes it compulsory for manufacturers to make spare parts available within two years of an appliance going on sale and for up to ten years after an appliance has finished production. Firms will also need to ensure certain information about repairing and maintaining appliances, manuals and guides, are also available. Tricky or dangerous parts to fit will be available only to a professional, while others will be available to all.

Great news, then, if you’re counting the coppers and are handy with a drain filter. Yet right to repair goes well beyond salvaging your latest QLED crush. There’s a colossal environmental problem at play here.

Waste not, want not

If you’ve visited the tip lately, you’ll have noticed the giant skip full to the brim with blenders, lamps and Scart leads — a mountain of electronic waste (e-waste), much of which is perfectly repairable.

According to the Global E-Waste Monitor, Britain produces more waste of this kind per person than any other country in the world, except Norway — 24.9kg a year, per person. This is 10kg above the EU average. Globally, around 50million metric tonnes of e-waste are thrown into incinerators and landfills. So where does it all come from?

Last year, the Environmental Audit Committee alerted the government to the scale of the issue via a report on e-waste and a design theory known as the circular economy, when unnecessary waste is reduced and resources are not only conserved but also fed back into the supply chain for the manufacture of a new wave of products.

The report pulled no punches in calling out the culprits resisting such an ethos. Online marketplace behemoths, like Amazon, were accused of refusing to collect and recycle electronics (a service many independent chains provide), while tech giant Apple was criticised with a claim it glued together components to make any home-made or third-party repair almost impossible.

The report concluded that without access to the components to repair devices, or manuals on how to fix issues, coupled with expensive charges for in-house repair, it is more economical for the consumer to throw the item away and replace it with a new one.

It’s hoped the right to repair law will incentivise a repair culture and challenge the practice known as ‘planned obsolescence’, when manufacturers deliberately design appliances to break down after a certain period — we’re looking at you, laptop, tablet and smartphone makers.

If it doesn’t, the right to repair law will need some repairing of its own.

The right to repair movement is nothing new. While many of us would quiver when asked to fix a washing machine with nothing but a trusty screwdriver and a tea towel, a global grassroots community with self-made tutorials and video teardowns (explaining what goes into a product and how to mend it) has been countering planned obsolescence, and aligning with the circular economy approach, since the turn of the century.

The first Repair Café opened in Amsterdam in 2009. Today there are 2,000 Repair Cafés in 35 countries. There’s even an International Repair Day, held every October.

Meanwhile, over in the US tech help site iFixit — launched in 2003 when co-founder Kyle Wiens couldn’t find a repair manual for his Apple iBook — supplies parts, tools and instructions so people can fix thousands of consumer electronics, while YouTubers and Reddit forums give free advice on repairs.

President Joe Biden is also shaking his fist at Big Tech. He recently ordered the Federal Trade Commission to prohibit manufacturers from stopping the repair of equipment by individuals or independent shops. If Biden has his way, new rules will affect a range of technological industries such as banking, internet service providers and airlines.

Not everyone is happy about this proposed shift in culture. Tractor manufacturer John Deere opposes legislation, citing safety concerns; the Alliance for Automotive Innovation, which represents firms such as General Motors, believes any legal revisions will violate intellectual property laws; and TechNet, a political lobby group working for Apple and Hewlett-Packard, argues that independent repair could affect the security and safety of devices, giving hackers a green light to play around with firmware.

How to get your Metro newspaper fix

Metro newspaper is still available for you to pick up every weekday morning or you can download our app for all your favourite news, features, puzzles… and the exclusive evening edition!