The one lesson I’ve learned from life: Rhys Stephenson says it’s ok for men to cry in public

TV presenter and actor, Rhys Stephenson, 28, has been the face of children’s TV channel CBBC since 2017. He and dance partner Nancy Xu made it to the semi-final of Strictly Come Dancing last year. He lives in Manchester with his girlfriend, Beth.

IT’S OK FOR MEN TO CRY IN PUBLIC

I grew up in Romford, East London, and my mum sent me to drama classes. In 2013 I joined the National Youth Theatre and appeared in productions alongside Matt Smith, Hugh Bonneville and Jessica Hynes.

In the sixth form, I knew I should be sensible, so I applied to university to study medicine, but my heart wasn’t really in it and though I finished the degree, I became a TV presenter instead.My parents weren’t overjoyed about this career change, though they’re very proud now. 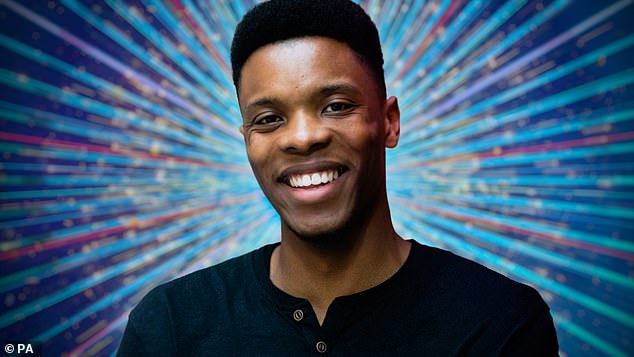 TV presenter and actor, Rhys Stephenson, 28, has been the face of children’s TV channel CBBC since 2017

I’ve always been a Strictly fan. When they called, I said: ‘Yes. One hundred per cent.’ I knew there was going to be huge scrutiny but I didn’t have anything to hide. Though I did tidy up the front of my house just before the news broke!

I don’t usually cry that much. But on the show there was a moment when Claudia Winkleman revealed that my dad had recorded a special video message because he couldn’t be there, and I started to cry. I don’t regret it. I’ve always been a big pioneer of showing your emotions and being honest.

It was different for men of my dad’s generation. He never tried to stop me expressing my feelings, but I think you copy your parents’ behaviour as a kid.

So it was great when someone messaged me after I cried on Strictly to say how much they loved seeing that. But they went on to say: ‘I wish you hadn’t apologised.’ I was trying to be comedic about it all. I wasn’t ashamed but you feel the need to make a jokey apology.

It was important to show that being vulnerable is not a weakness for a man. It’s a good thing, it’s healing. And not just being a man but being a black man. I think it’s great that young black boys saw that. There’s a feeling that if you’re a black man, the world can be tougher on you, so you need to be tougher, too. And I think it was important for me to be up there as myself, and be open about that.

I think a lot of parents appreciated it as well. It was the gift Strictly gave me.