Season 10 of The Real Housewives of Beverly Hills continues to break the fourth wall. Teddi Mellencamp addressed speculation that she and Kyle Richards filmed their conversation with Brandi Glanville about Denise Richards after the cast returned from their trip to Rome.

The 39-year-old accountability coach took to Instagram to answer fan questions during the Wednesday, August 26, finale of the Bravo series.

“No, we did not film at @KyleRichards18 house after Rome! Check the date and time above!” Teddi wrote alongside a photo of Kyle, 51, packing for their trip on November 19, 2019. “I took this pic when I walked in laughing at her not being packed and all her stuff on the floor.”

Teddi subsequently shared footage from Rome dated November 22 through November 24. “And what do you know!!! Rome is after that,” she wrote, adding a pink heart emoji. 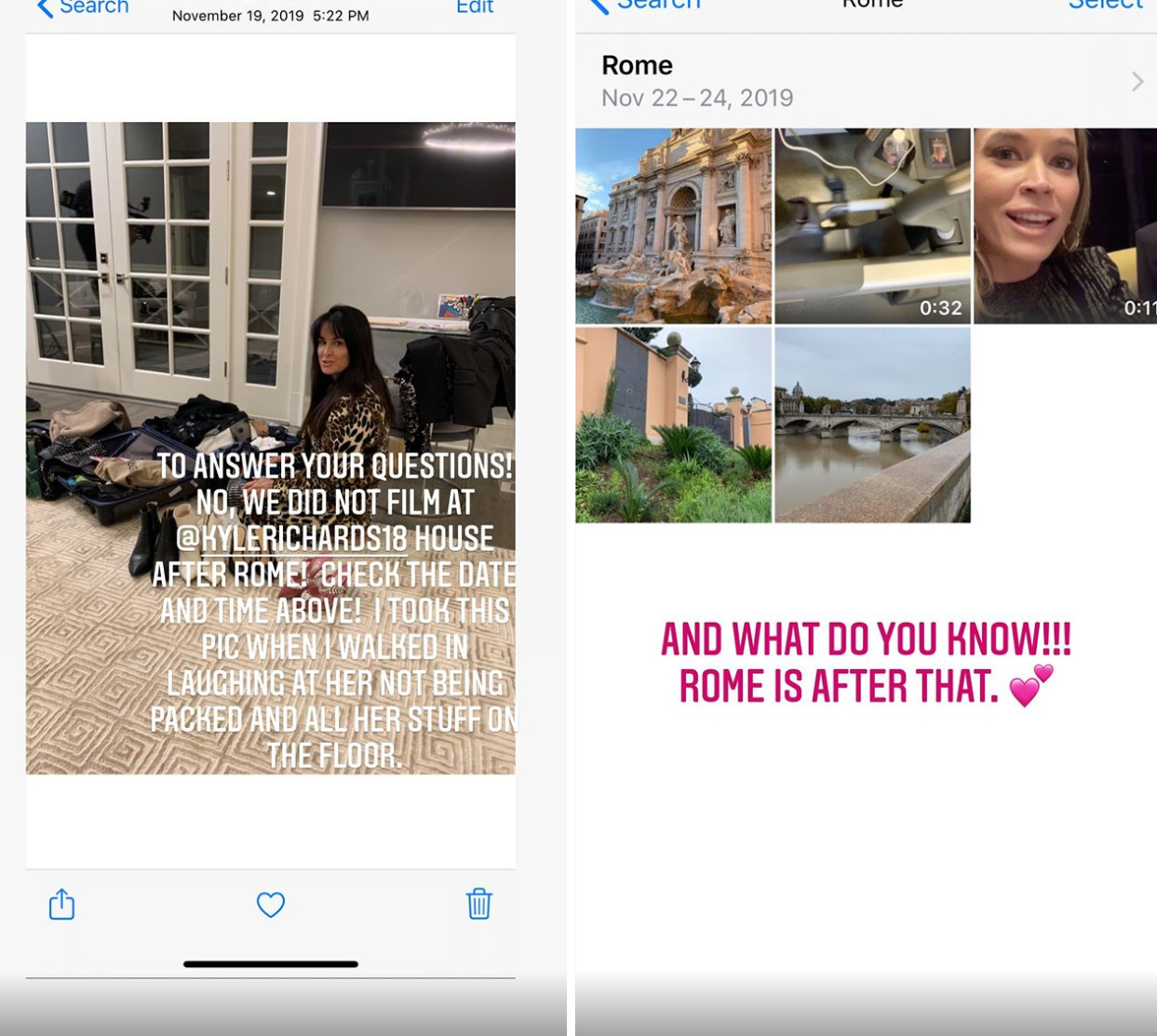 In the comments section of her most recent Instagram post, Teddi explained that she shared the images because “enough was enough with those conspiracy theories. 😂”

When Did Denise Richards and Brandi Glanville Allegedly Hook Up? A Timeline

Season 10 of RHOBH has followed the aftermath of Brandi’s claims that she had an affair with Denise, 49. The accusations were first revealed on camera during Teddi’s aforementioned visit to Kyle’s home. After Brandi, 47, detailed her alleged hookup with Denise on the July 22 episode, Teddi relayed the information to the Wild Things actress during a group dinner in Italy. Some viewers have accused Teddi and Kyle of outing Denise, who is married to Aaron Phypers.

“If you hear a married woman has an affair and you’re on a reality show, it’s gonna come up,” Kyle said during a joint appearance with Teddi on Watch What Happens Live With Andy Cohen earlier this month. “It’s been said on camera. If it had never been told on camera it would not have come up, honestly. But it’s an affair, regardless of if it’s a man or a woman and you’re on a reality show.” 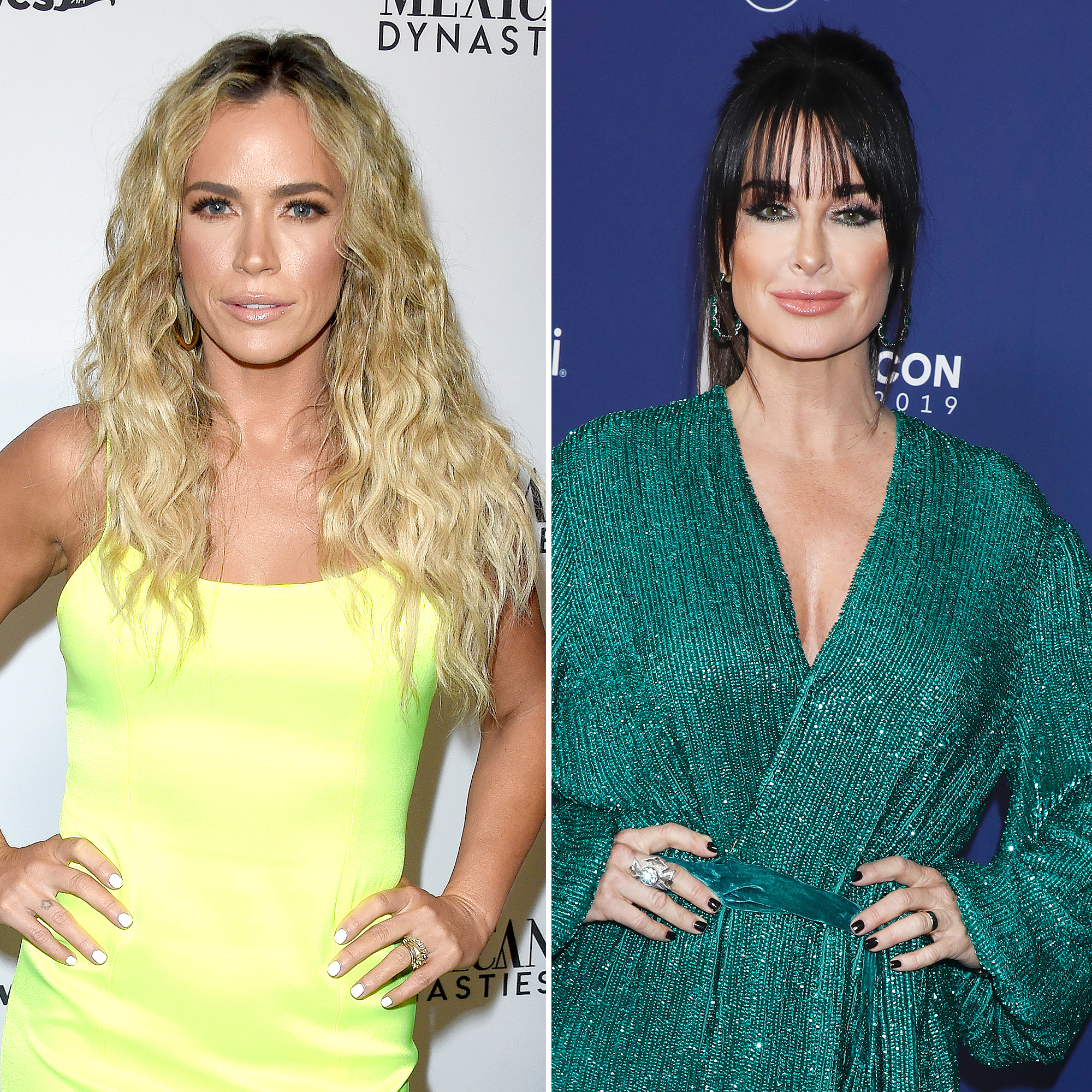 Teddi added, “When I said at the first dinner, ‘This is really bad,’ it’s not because it was a woman, it was because it was an affair that we were told on camera. And that’s the part you hate having to talk about, but it was already out there.”

While Denise continued to deny Brandi’s accusations during Wednesday’s finale, the alleged affair is still a hot topic at the upcoming three-part reunion. As for season 11, Teddi told fans that she isn’t ruling out a reconciliation with Denise if they both return.

“I have seen people move on from much worse during my last 3 years of watching housewives shows,” she replied to one social media user.

When a second fan asked whether she wished she didn’t share Brandi’s claims in Rome, Teddi added, “I think it would have been worse if I didn’t tell her what was already said on camera and she was blindsided with the info watching the show back. This way, she could do what she needed to do way prior to show airing.”

Part one of the three-part RHOBH reunion airs on Bravo Wednesday, September 2, at 9 p.m. ET.