When Talia Kuo lost work as a children's dance teacher – the result of coronavirus-induced social distancing measures – she fell back on her skills as an online maths tutor. But the 23-year-old is also making ends meet with a more niche trade: drawing people in the likeness of characters from The Simpsons.

"I did it for my partner one day because he's a huge Simpsons fan," Kuo says. "Then his friends started asking me and it blossomed from there." 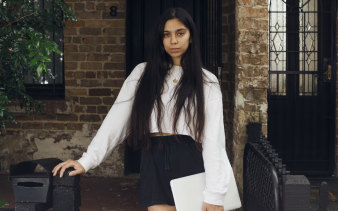 Talia Kuo, who lost work as a dance teacher, is now monetising her drawing skills on Arts Tasker.Credit:James Brickwood

Kuo is one of 6000 members of Arts Tasker, a rapidly-growing Facebook group created last week by veteran choreographer and director Leah Howard. Inspired by the online marketplace AirTasker, it allows newly unemployed (and under-employed) people in Australia's arts community to commission odd jobs from each other.

"When the pandemic put everyone out of work I thought to myself, 'Why can't people who build theatre sets use those skills elsewhere?'" Howard says. "Why couldn't they fix a jammed door or put up a clothesline?"

Kuo began by posting a sample of her work on Arts Tasker: a Simpsons-like rendering of radio duo Hamish Blake and Andy Lee. Almost immediately, a Brisbane mother hired her to draw a family portrait. 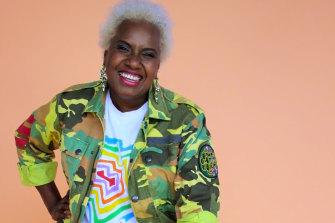 "I start by getting people to send me photos of themselves," Kuo says. "I'll search Simpsons images online to see the range of eye and nose shapes, then I sketch in pencil, go over it in fine black pen and scan the image on my phone. It costs $30 for every two characters."

Stage manager Meg Deyell is using Arts Tasker to monetise her baking skills while theatres across the country lie dormant.

"I'm known for making birthday cakes for my cast members," Deyell says. "So when someone on Arts Tasker requested a 50th birthday cake for her mum, a friend tagged me and I got the job." 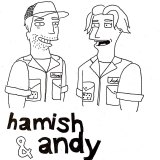 Radio duo Hamish and Andy, drawn by Talia Kuo in the likeness of Simpsons characters.Credit:Talia Kuo

Deyell asked the client to specify her mother's favourite flavours and colours before settling on a ginger and honey cake with a purple swirl.

"She paid for the ingredients and with my hourly rate, it'll cost about $150 in total," Deyell says. "Her mum knows a cake is coming but she thinks it's a generic one from a shop. She has no idea it'll be what she would've chosen herself."

Howard, who has choreographed for Cyndi Lauper and Kylie Minogue, is not surprised by the many "hidden" talents of her colleagues.

"Most artists are pretty agile and adaptable," she says. "We've all been hit hard so we might as well pull together and support each other."

While artists often have second jobs in retail and hospitality, these sectors have also been devastated by widespread shutdowns.

"I've worked in the industry my entire life and I don't have a plan B," Howard says. "Many of us live day to day … for some who are especially vulnerable, there really is the possibility of instant poverty."

Keeping occupied until normal life resumes, she believes, is vital: "We've got to upskill in our downtime because that will make it easier for us to carry on when the world hits go again. I'm not surprised by everyone's optimism and positivity but my heart truly is full from everything I've seen."