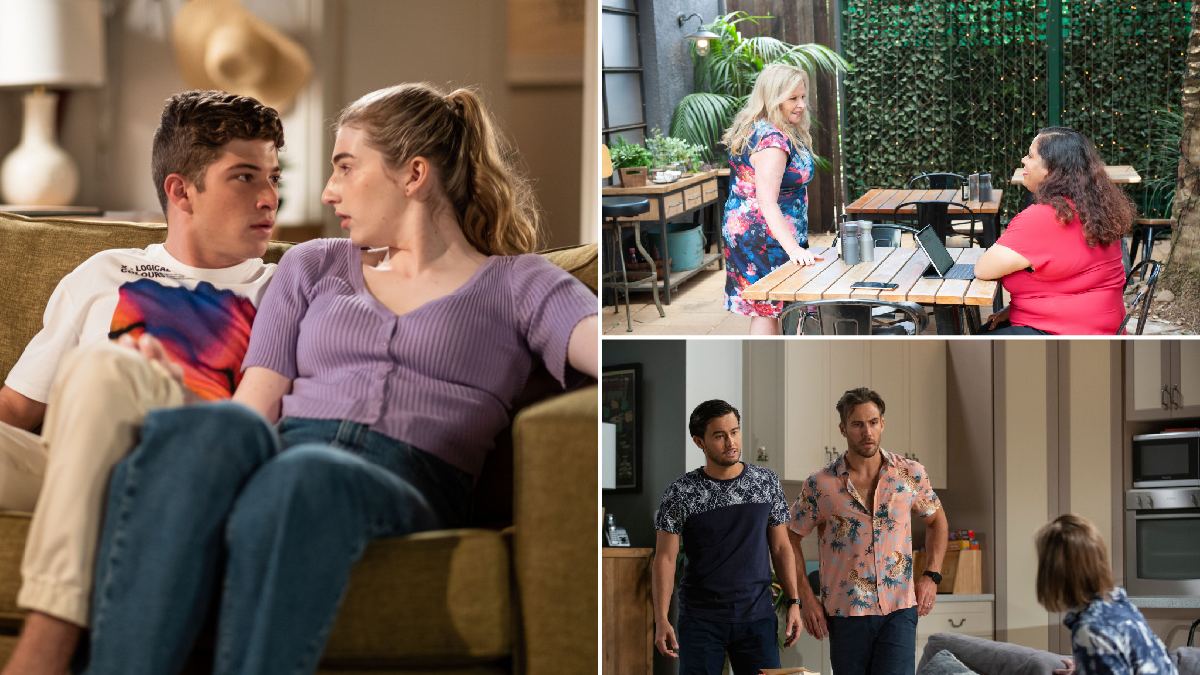 Neighbours without Dr Karl Kennedy is like a car without fuel, a candle without a wick, ice cream without a spoon – it just doesn’t work. We’ve tried it before (like that time he quit to work for a drugs company) and we didn’t like it. But this week things are looking dire for the doc, whose reputation is on the line. Could this finally be the end of the road for the physician who’s saved many a Ramsay Street life over the years?

Karl’s (Alan Fletcher) troubles with Olivia (Alyce Platt) are far from over. She may have dropped the assault charges over her fall, but the damage is done. Her injuries have healed but his career is wounded. It’s not the first time it’s been under threat, but could it be the last?

A mysterious woman arrives in town and has an agenda which involves causing all sorts of problems for the locals. What does she want?

Curiosity killed the cat and might very well get Nic (Charlotte Chimes) too when she decides to find out what’s going on with Brent (Texas Watterson) and Emmett (Ezra Justin) due to their shifty behaviour. But what she finds could have huge consequences for her and her baby.

The consequences of actions should also be considered by Hendrix (Benny Turland) and Mackenzie (Georgie Stone), who get carried away and end up in a tricky situation.

Here’s what’s ahead in Neighbours.

Something strange is afoot in Erinsborough. Someone is stalking the locals and whoever it is is paying close attention; they notice Susan’s earrings, Chloe’s hand cream, and they corner Ned at the Hive, leaving him in a bit of a state. Who is it and what do they want?

The aftereffects of Olivia rumble on. As word spreads of her accusation that he assaulted her – despite the fact the charges were dropped – patients start refusing to be treated by Dr Karl. The heat is very much still on, prompting an awkward conversation with Clive – he wants Karl to take time off until things have sorted themselves out. Karl has survived all sorts of threat to his career; from accidentally killing Cheryl Stark, to false accusations of malpractice. But could this damage to his reputation see him hanging up his stethoscope for good?

Sheila has been receiving numerous packages of goodies that she never ordered, but instead of returning them like any good citizen would, she’s been keeping them for herself. She is excited to receive another expensive delivery, but Chloe inadvertently plays the angel to her devil, piquing her sense of guilt and fear of ramifications. Worried about her illegal activity, Sheila poses a hypothetical question to Levi about the consequences of keeping someone else’s post and naturally, the answer isn’t what she wants. It doesn’t dissuade Sheila though, who continues hoard the post for herself. But then the inevitable happens – she’s caught by the person for whom the packages were originally intended, and she is not happy.

Brent’s going off the rails

Everyone who is concerned about Brent is absolutely right to. He’s decided to team up with bad lad Holden, which means he is on a seriously slippery slope. The two of them plot a break in at The Hive to steal the equipment donated for the Year 13 programme, and there’s no way this is going to end well. Emmett has sensed something is going on with his brother and his anxiety over it is starting to get noticed – by Nicolette. Will they get dragged into what Brent has got himself into?

Nicolette and baby walk into danger

Damn right they will, and in the worst possible way. Nicolette knows something is off with the brothers and decides to take matters into her hands instead of being sensible and voicing her concerns to Aaron and David. This may prove a fatal move. She decides to follow Emmett, who is following his brother. But it results in Nicolette and her unborn baby walking right into some very serious danger.

Harlow in for heartbreak as Hendrix and Mackenzie grow close

Hendrix and Mackenzie have always been good friends, but are things about to spill over into more than friendship? He’s had a tough time getting over Harlow, but Mackenzie has been there for him throughout. They’ve grown close recently, so when he’s freaked out by a huge spider, she’s the person he calls to help. As they try and wrangle the arachnid, they end up in a tangle on the sofa and come within inches of turning it into a full-on kiss. They both resist and are super embarrassed, both running off without talking about it. But could it be that they both actually feel the same?

Scenes air from Monday 3rd May on Channel 5.