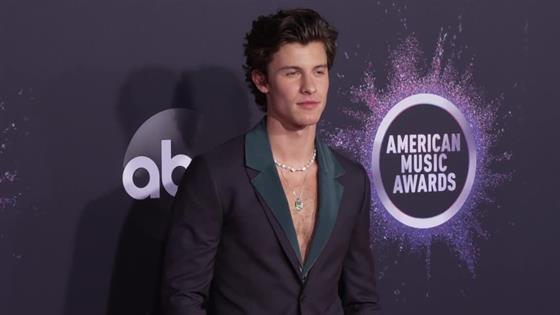 In the half-decade since the superstar shared his debut album Handwritten with the world on April 14, 2015, we’ve watched as a boy became a man and a Vine star (ah, the good old days) became one of the biggest pop musicians in the world. With three albums under his belt, Shawn has developed a legion of fans thanks, in part, to his steady stream of hits, his willingness to be open about things like his struggle with anxiety, and, of course, his staggering good looks. There’s a reason he signed with Wilhelmina Models in 2016 and began stripping down to his Calvins in 2019. And it’s not just because his music is great.

Since we met him, Shawn’s gone on to break records, make history, and find himself in the midst of a fan-favorite romance, all while dropping bop after bop. And while we could sit here and rattle off a list of all his accomplishments in these first few years, we thought we’d celebrate with the five best moments from what’s proven already to be an unforgettable career.

1. When Handwritten debuted at No. 1 atop the US Billboard 200 chart after its release, itself coming nine months after his self-titled major label EP debuted at No. 5, Shawn was merely 16 years old. As such, the accomplishment made him the youngest artist to debut on the top of the chart since Justin Bieber did five years prior with his album My World 2.0. And the two have been facing comparisons ever since.

2. After “In My Blood,” the lead single from his self-titled third studio album, topped the Billboard Adult Top 40 chart in 2018, it made him the first and only artist to ever have four No. 1 singles on the chart before even turning 20. (He was just days shy of his 20th birthday on August 8 when the song topped the chart.) His previous three songs to zoom up that particular chart were “Stitches,” “Treat You Better” and “There’s Nothing Holdin’ Me Back.” Since then, he’s seen two more singles top that chart: “If I Can’t Have You” and “Señorita.” (More on that last track in a second.)

3. The shower scenes in the “Lost in Japan” music video. No explanation necessary.

4. When his self-titled studio album debuted at No. 1 on the Billboard 200 upon its release on May 25, 2018, it made him the third-youngest artist ever to have each of his first three albums top the chart. (Illuminate, released in September 2016, was the second.) The other two to have done it? Miley Cyrus and Bieber, of course.

5. Four years after the release of their duet “I Know What You Did Last Summer,” Shawn and girlfriend Camila Cabello made the personal professional once more with their hit single “Señorita,” which found itself atop the Billboard Hot 100 in August 2019. It would be the first of Shawn’s songs to top the all-important singles chart, but something tells it certainly won’t be his last.

Congrats on an incredible first five years, Shawn! We can’t wait to see what the next five have in store.