AS Ruth Fox packed her bags to embark on a once in a life-time opportunity at St George’s Park, she remembered that her last trip away from home had been as an inpatient in a mental health unit.

Fox was a football whizkid at school and showed up all the boys – but at age 14 she was diagnosed with depression and eventually quit the sport all together. 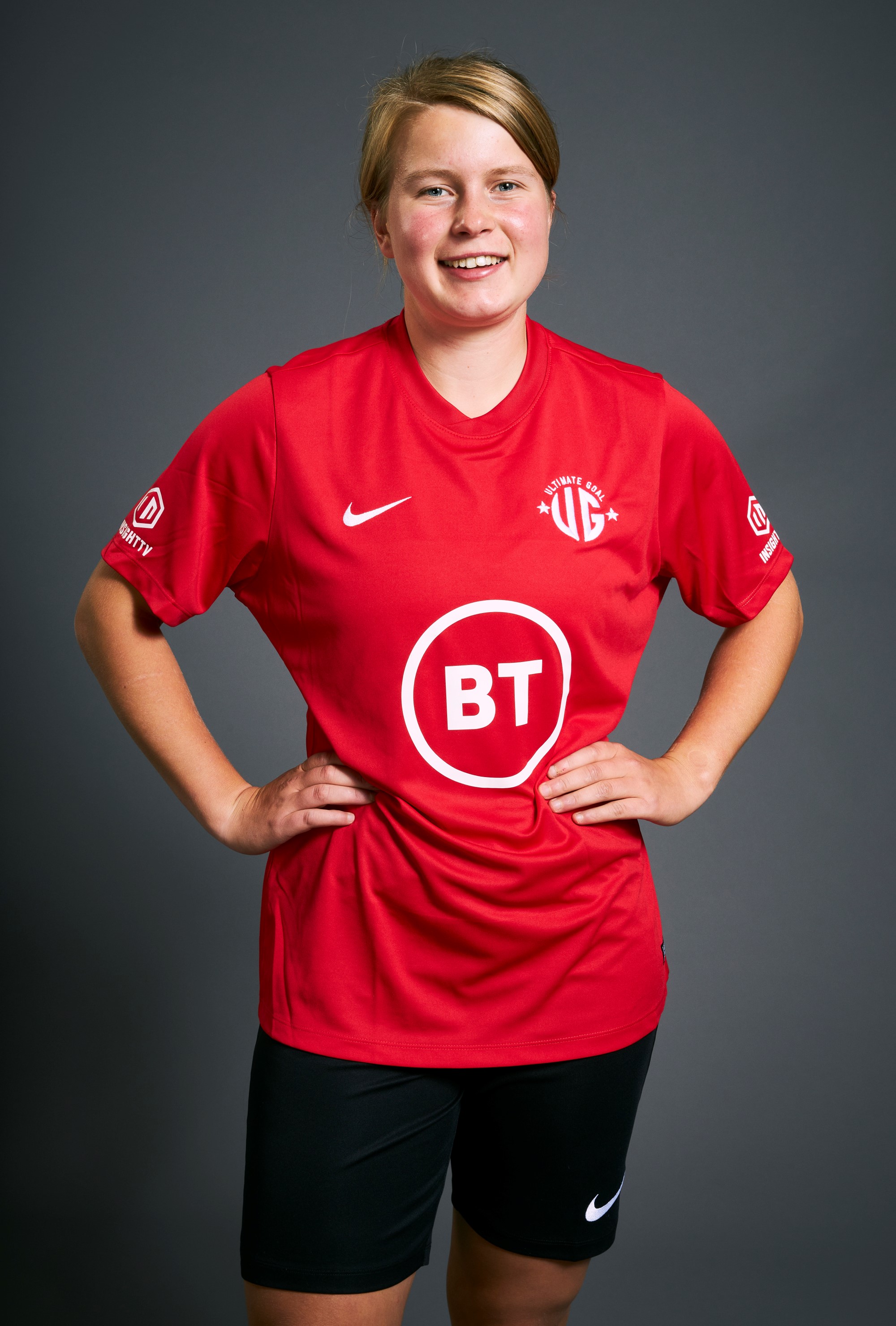 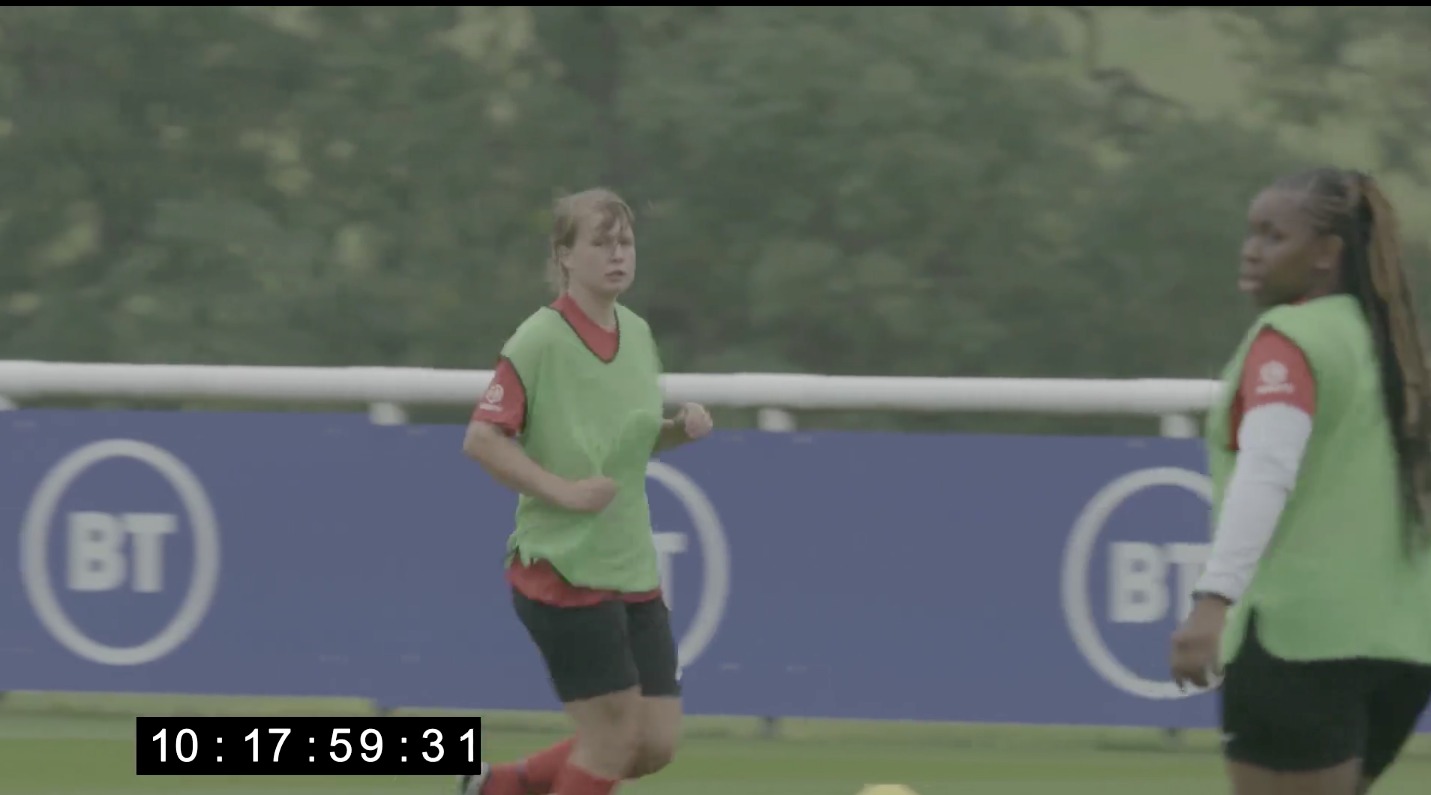 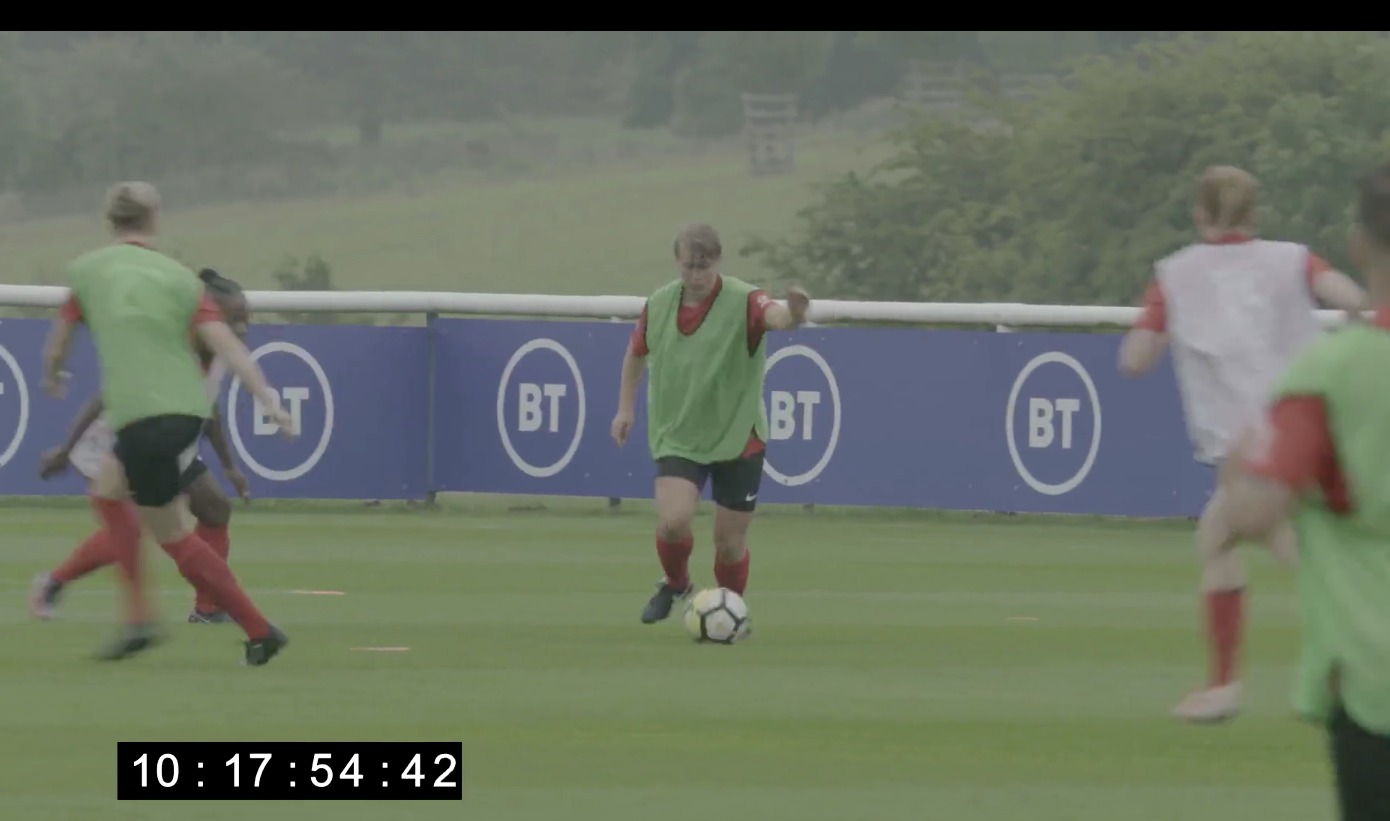 Cracks in the relationship with her father began to form, before she nearly took her own life in 2017.

Exactly a year ago, the Bedfordshire born 21-year-old was still unsafe, self-harming and overdosing every day during one of the darkest periods in her life.

But it was football that saved her.

Fox is one of the inspiring 31 women to take part under the guidance of expert coaches and legends from both the men’s and women’s game.

The St Ives footballer bravely told SunSport: “Last year, I was an inpatient three times in a mental health unit.

“I could barely get on the pitch. I was unsafe for the majority of the season.

“My manager would literally have to ask me every Sunday morning, ‘are you safe?’

Former England icons Eni Aluko and Rachel Brown-Finnis, as well as ex-Spurs aces Mollie and Rosie Kmita were at the helm of the Ultimate Goal Academy. 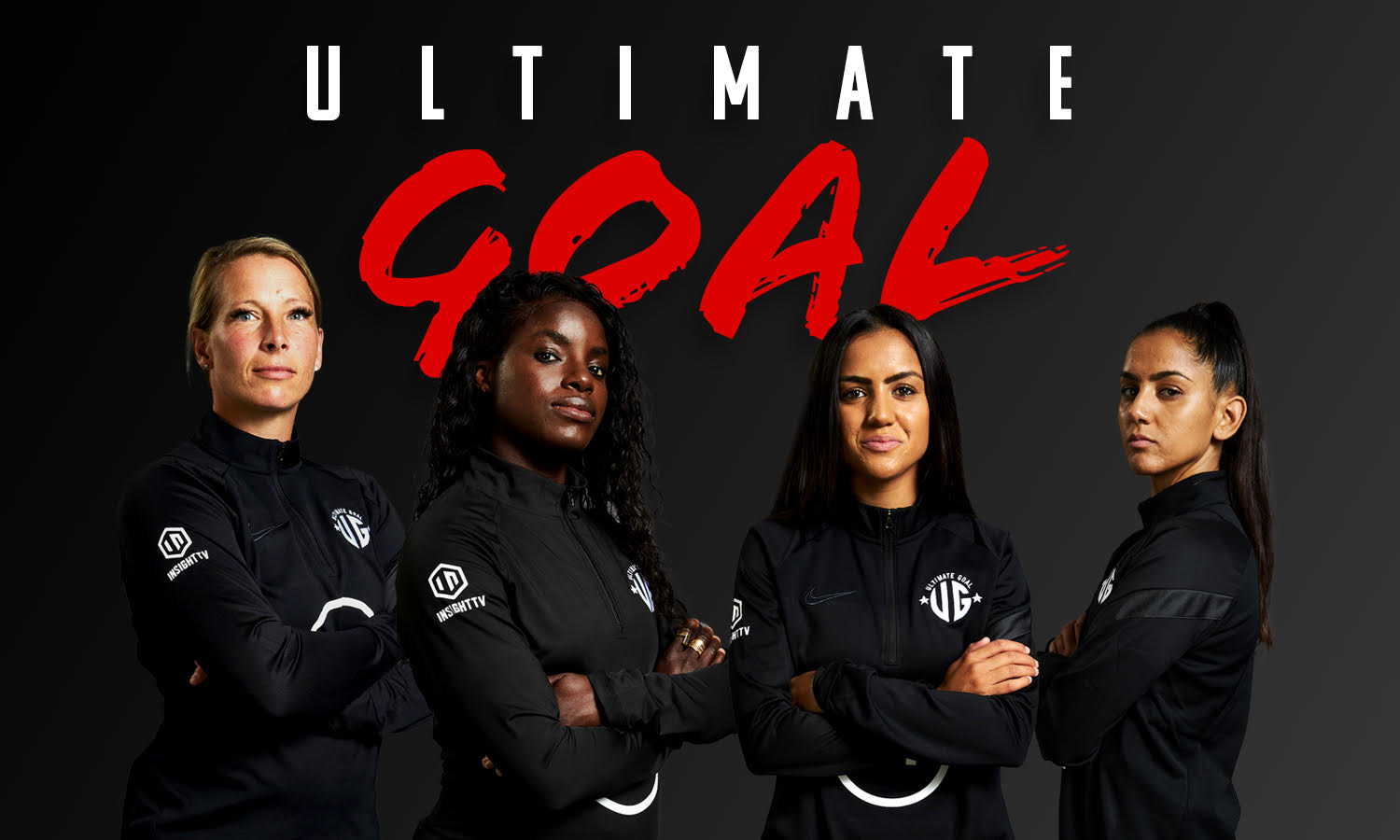 The first episode of the series airs on Tuesday, and Fox believes the unique experience has truly changed her life forever.

She continued: “There was just this moment when I was talking to Molly and we were walking around the pitch at St George’s Park.

“We were just having a chat and it's that moment that really made me think how far I had come.

“Knowing that I was in a place where literally like to the day a year before, I was unsafe every day, self-harming and overdosing to cope with my emotions.

“For me football is more than just a kick about with my mates down the park, it is my lifeline and it truly helped me through my darkest days.”

Ruth admits it is difficult to cast a glance back to the raw snippets of some of the most traumatic years in her life.

Every 90 minutes in the UK a life is lost to suicide.

Yet it's rarely spoken of, a taboo that threatens to continue its deadly rampage – which is why Fox feels proud to tell her story on national TV.

The midfielder added: “For me, it's about impacting that one person and that was a big reason for doing the show.

“If I can offer hope to someone else and stop them from going through what I went through then my job is done. It makes me immensely proud.

“I wish that as a 14-year-old kid and had been able to just sit down and watch TV and think, oh my goodness there's someone that's in exactly the same position as me.” 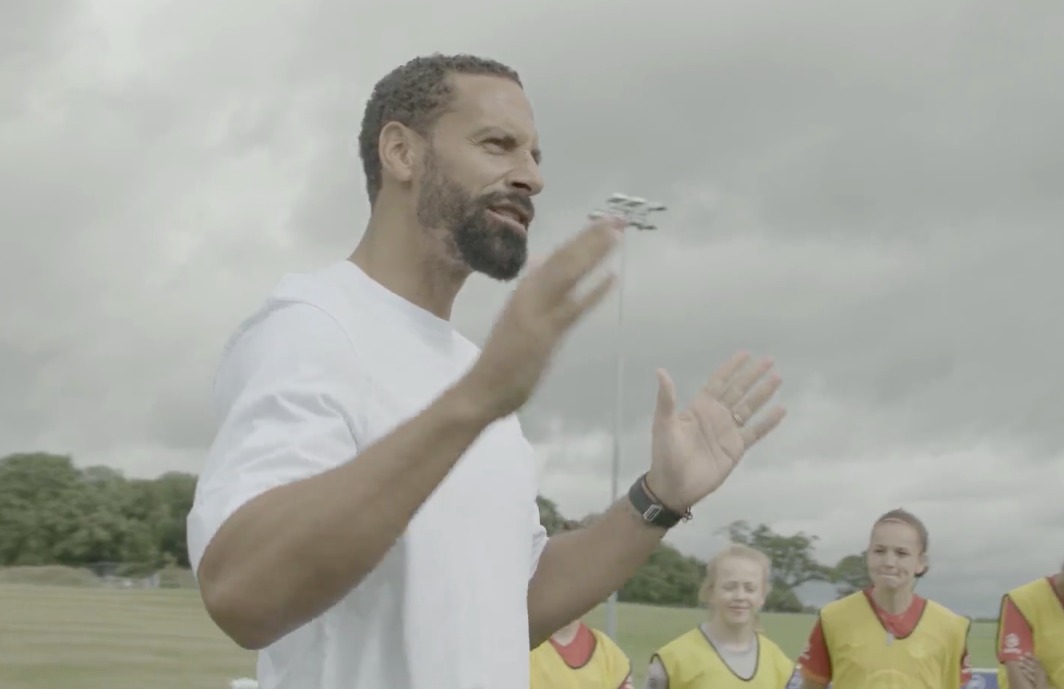 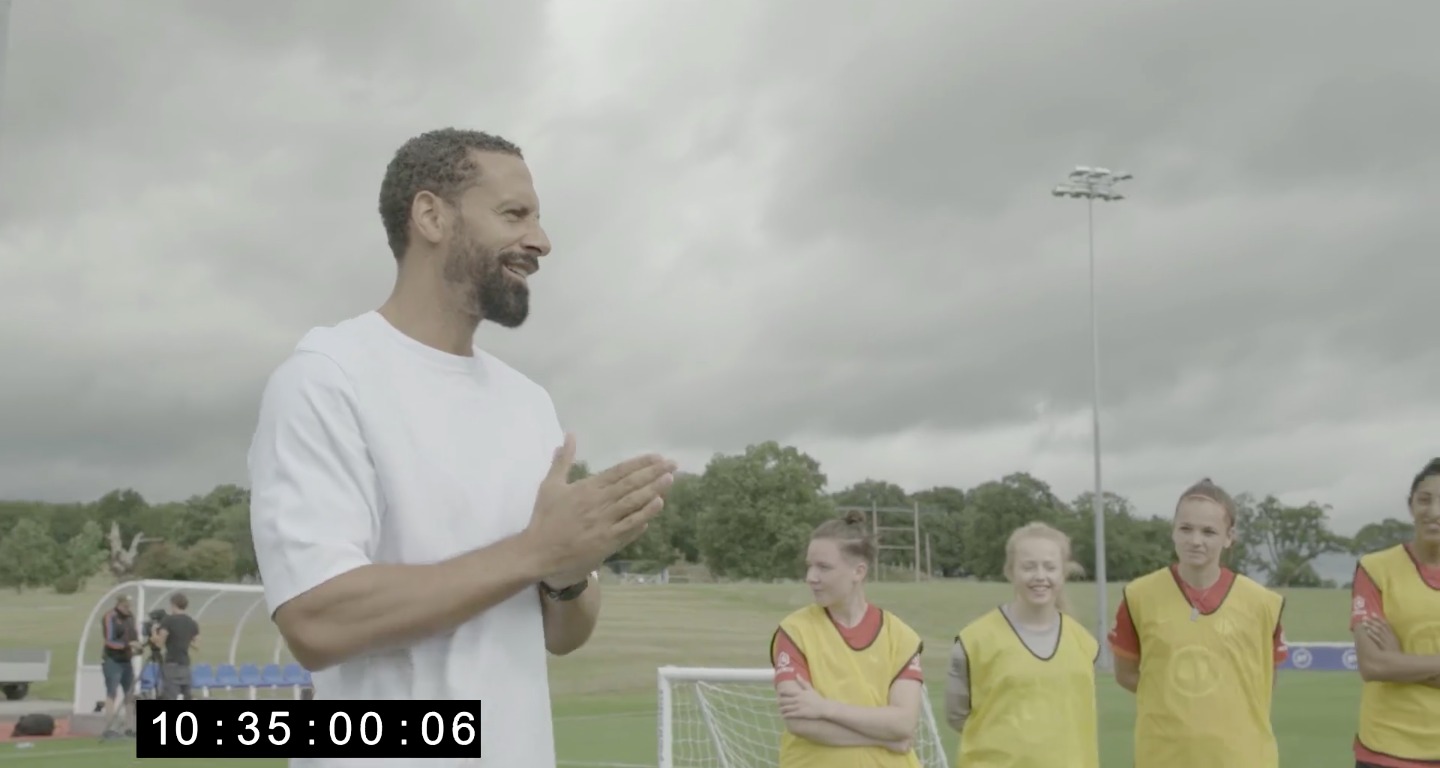 The superstars offer the players the benefit of their experience and expertise in unique masterclasses.

Fox grew up wearing an England shirt with Ferdinand’s face on, and it was the Manchester United legend who left a big impression on her in the series.

She said: “We were just doing a normal session on defending.

“I wasn't expecting anything more than that, I was enjoying the session, and then a black van pulled up.

“The door opens and then massive figure jumped out the van, I was like ‘wow he’s really tall’.

“He had this crisp white shirt on that was impossibly white. It must have been new, you can't wash a shirt that white!

“Seeing him train everyone was amazing. Growing up watching football, I used to have this England shirt with his face on.

“I just relaxed and forgot about the pressure and the cameras I really gained a lot from his session in terms of confidence.

“He gave us one piece of advice which was, ‘never make the same mistake twice’.

“I think that's really valuable in accepting that we do mistakes on the pitch and in life. Its what we do from them.

“He is an influential male figure who has really opened up about his emotions and what he has been through, it’s truly inspiring." 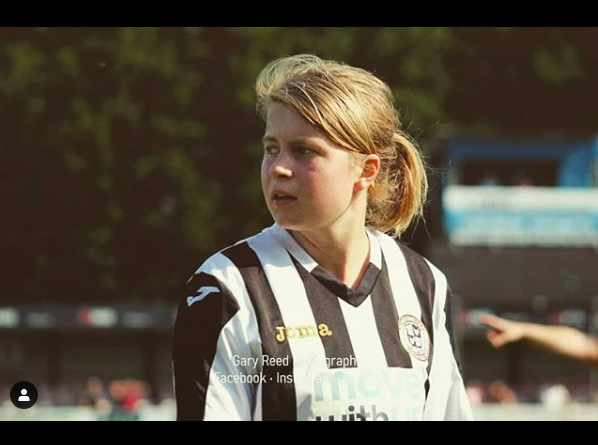 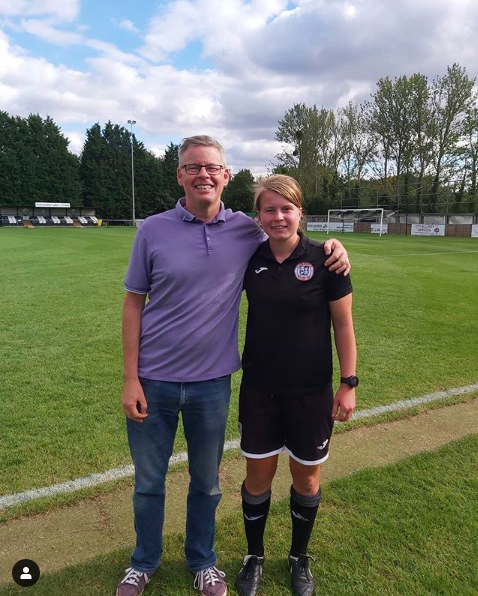 Fox reckons the Ultimate Goal experience not only changed her life, but her family too.

The relationship between her father became strained when she gave up football, and the pair have been trying to patch things up for the last seven years.

The student recalls: “My dad has always been my biggest supporter but when I quit football our relationship broke down.

“It was the hardest thing for me because  football was what we had in common, and then suddenly the thing that held us together wasn’t there anymore.

“Although I started playing football again our relationship was never really the same and I was quite hostile with him,

“At time he struggled to support me with my mental health because he had never been through anything like it.

"Me being in hospital was so difficult for him.

“So to tell him, I had got this amazing opportunity to train at St Georges’ Park with amazing coaches and ex-players, was a real moment for me and my family."

Fox still plays a key role for St Ives women’s side, while enjoying life at the University of Bedfordshire.

She said: “Happiness feels like the most amazing thing now because I’ve been trapped in the dark for so long.

“I'm constantly working on it through therapy in football and through all different aspects of my life.

“I'm much further along the journey than I've ever been.”

Watch the first episode of Ultimate Goal on Tuesday November 3, at 10.30pm on BT Sport 3. Ultimate Goal builds on BT’s commitment, as part of its partnership with each of the four UK “Home Nations” Football Associations, to inspire a new generation of girls and women to participate in football.

EVERY 90 minutes in the UK a life is lost to suicide.

Yet it's rarely spoken of, a taboo that threatens to continue its deadly rampage unless we all stop and take notice, now.

That is why The Sun launched the You're Not Alone campaign.

Let's all vow to ask for help when we need it, and listen out for others… You're Not Alone.