RICHARLISON gave new Everton boss Rafa Benitez a reminder of what they will miss if he is sold with a first half-hour hat-trick as Brazil smashed Germany in their Olympic opener.

The Goodison goal-getter is known as “The Pigeon” in his homeland. 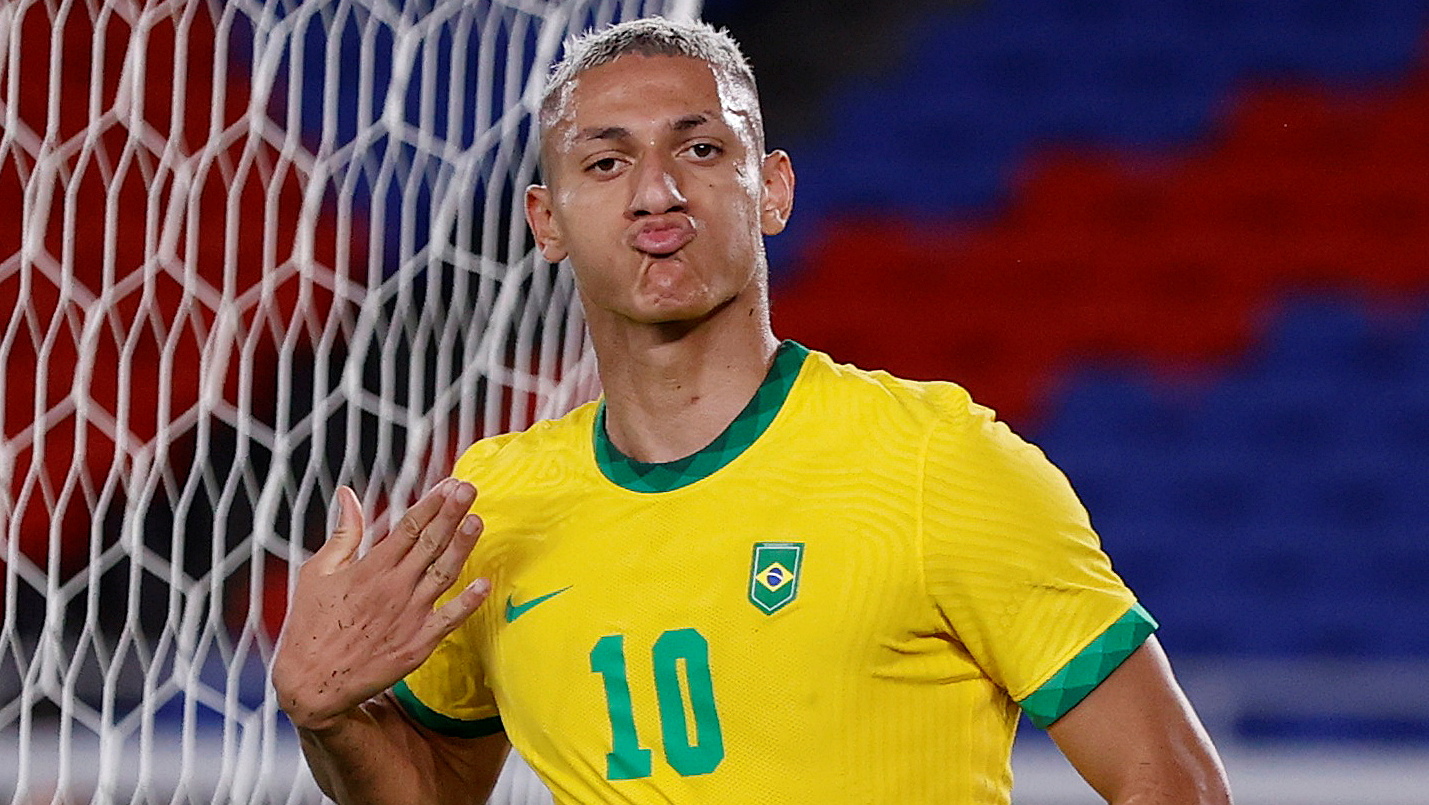 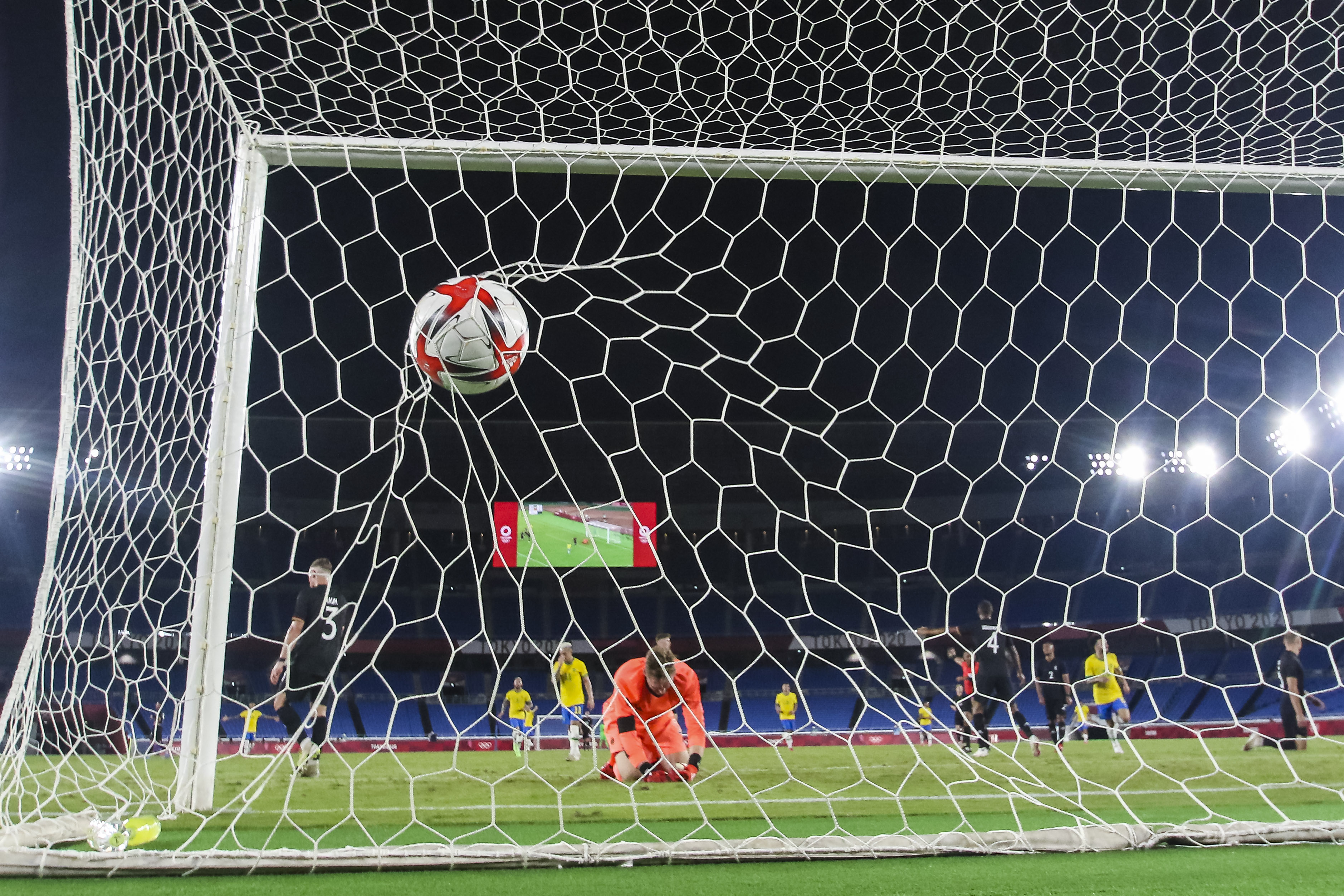 And he could not have pecked more ferociously as he terrified the lightweight German back line with his pace and power, scaring Bielefeld centre-back Amos Pieper absolutely witless.

But while the holders looked ominously good as they eased cantered to a 4-2 win, the rest of the big guns in the men’s draw stuttered or fell.

Both Argentina and France were shocked, with Australia beating the South American powerhouse 2-0 and the French thrashed 4-1 by Mexico, while Spain were held to a goalless draw by Egypt.

A close-range flying header from Guilherme Arana’s cross brought the second, before Richarlison curled home a peach from 16 yards for his three-timer.

And the striker said that the hat-trick explained why he had pushed Everton so hard to be released to play.

That was my first hat-trick,a dream come true, all the more so wearing the famous No 10 shirt of my country

He said: “That was my first hat-trick,  a dream come true, all the more so wearing the famous No 10 shirt of my country.

“I asked Everton to release me, for this, to honour this shirt. This has been an unforgettable night for me.”

Brazil, who included Dani Alves and Aston Villa’s Douglas Luiz, could afford a penalty miss by Matheus Cunha although after a blunder by keeper Santos gifted Nadiem Amiri.

Despite a soft second yellow card for midfielder Max Arnold, Ragnar Ache reduced the deficit only for an injury-time stunner by Leverkusen’s Paulinho to seal the victory.

Meanwhile, goals at either end of the match from Lachlan Wales and Marco Tilio brought more Sapporo misery for Argentina, beaten by David Beckham’s penalty at the same venue in the 2002 World Cup.

Mexico scored all of their goals in the second half with only an Andre-Pierre Gignac penalty in response.

Spain, who started all six of their Euro 2020 squad members including Pedri, failed to convert any of their 10 shots against the Egyptians. 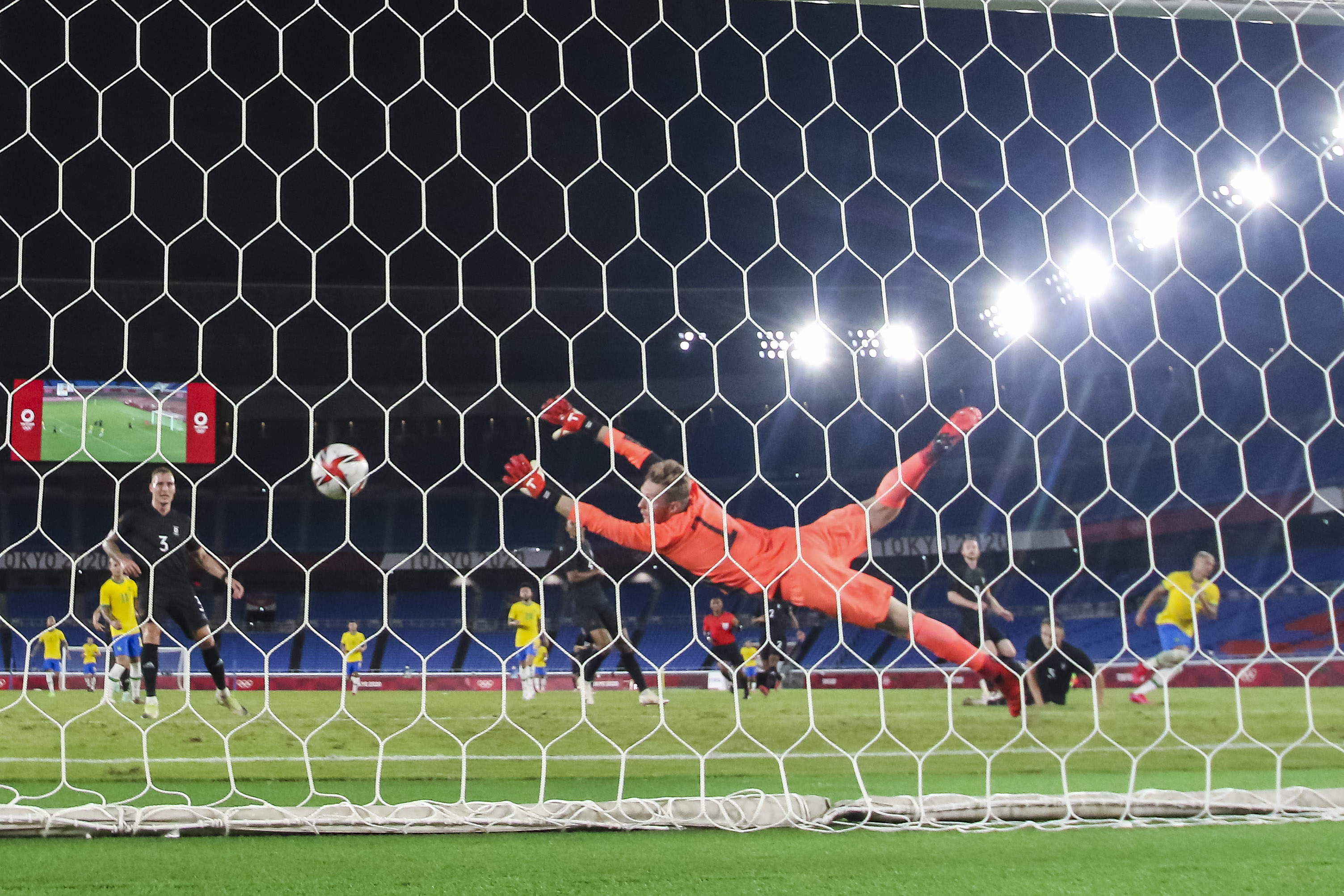