Ready to shake things up! Filming for the next season of The Real Housewives of New Jersey is already underway, a source exclusively tells Us Weekly.

From ‘Housewives’ to ‘Hills,’ Relive the Biggest Reality TV Feuds

The insider adds that there “may be some new faces joining the cast” for season 12 as well.

Bravo has yet to reveal a premiere date for the new season, or address who might be coming into the Housewives’ inner circle, but season 11’s finale promised a lot more drama to come — with the OGs and the possible newcomers. 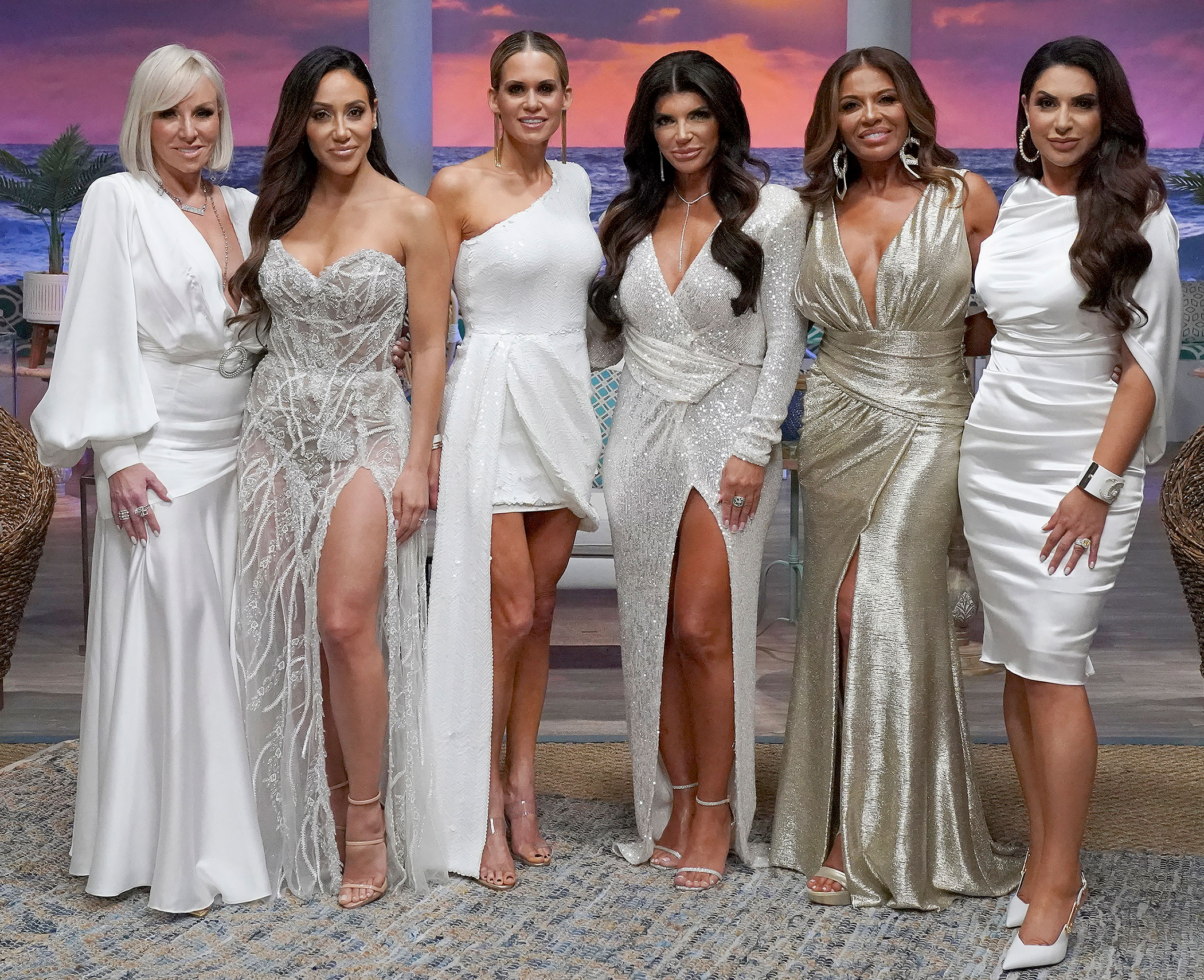 Last month, fans tuned in for the two-part reunion special and it didn’t disappoint. Although the season was shorter amid the coronavirus pandemic, viewers had a lot to keep up with including Teresa Guidice’s feud with Jackie Goldschneider.

Jackie’s husband Evan Goldschneider’s alleged cheating scandal was a hot topic throughout season 11. After Teresa, 49, alleged that Evan, 46, was having an affair while repeating a rumor she heard, Jackie, 44, compared the spreading of salacious gossip to her claiming that Teresa’s eldest daughter, Gia, 20, “does coke in the bathroom” at parties.

The former lawyer insisted that it was a fictional example but bringing Teresa’s kids into the fight made her even more upset.

During the special, the two women seemingly made amends with Teresa even suggesting that she and her boyfriend, Luis Ruelas, go fishing with Jackie and Evan. The biggest issue, however, is that during the same episode, costar Jennifer Aydin claimed that Margaret Josephs is the one who began the rumors about Evan in the first place … not Teresa.

Another topic of conversation throughout the last season was Melissa Gorga’s rocky relationship with her husband, Joe Gorga. Despite their ups and downs on screen, the couple showed a united front during the reunion. Their costars also commented on their dynamic in the weeks leading up to the special.

While fans will have to wait for season 12 to premiere to see where all the New Jersey women stand now, viewers can get even more Housewives drama with the upcoming mashup series.

“I feel like everyone’s going to get to know more of who Teresa Giudice really is. All the other years I feel like I’ve been attacked, and that’s what happens I guess when you’re the OG. Everyone wants to take you down,” Teresa told Us last month, teasing her appearance on the spinoff show, alongside sister-in-law Melissa, 42. “But I feel like this trip was different and even the reunion, I feel like everyone is going to start to get to know the real Teresa. I always had to be in defense mode, and if people are coming after me, of course, I have to defend myself — anybody would.”

The Peacock series, which was filmed in spring of 2021 in Turks and Caicos, will also include Cynthia Bailey, Luann de Lesseps, Kenya Moore, Kyle Richards and Ramona Singer.