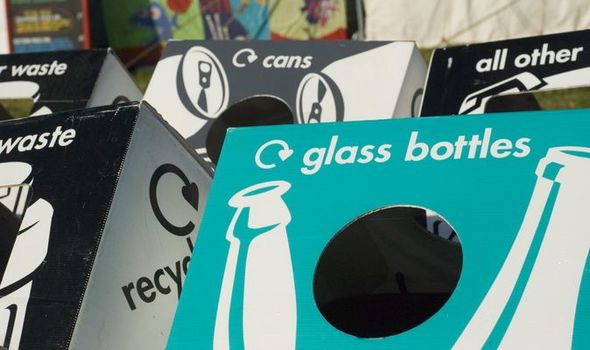 However, 30 percent want to do more to improve their recycling habits, and a fifth believe the pandemic has caused them to recycle more than ever before.

Now more than ever, it is vital that we all come together to tackle the climate crisis

And a further 57 percent would be more likely to recycle if they knew it would reduce their carbon footprint.

But more than half also admitted they don’t know enough about their personal impact on the environment.

Gemma Morgan, from evian, which commissioned the research, said: “It’s great to see so many consumers want to do more to improve their recycling efforts and are already taking steps to reduce their carbon footprint.

“Now more than ever, it is vital that we all come together to tackle the climate crisis.

“That’s why, as a carbon neutral brand, we want to raise awareness about the importance of recycling during this Recycle Week and how it can contribute to reducing carbon emissions.”

The research also found a third of those polled started to truly “care” about sustainability from 2015.

But Brits also struggle more to stay on track when they’re out and about than they do at home, where they know exactly where the recycling bins are.

However, many were unsure about what could be recycled, with one in five thinking cans are not recyclable at all, and 22 percent unsure whether plastic bottles can be put in their recycling.

Despite this, one in five claim they fully understand what their carbon footprint is, and 76 percent have taken steps to reduce theirs, according to the OnePoll data.

Gemma Morgan added: “We are also proud to be partnering with HUBBUB in the Wimbledon area to make recycling more accessible for consumers when out and about.”

Gavin Ellis, director and co-founder of Hubbub, said: “We’re thrilled to have continued this partnership with evian on Wimbledon #InTheLoop.

“We’re proud of the campaign’s impact, where now nine in ten plastic bottles and cans are being collected for recycling and delighted that Merton Council has agreed to take it on in the long-term ensuring that effective, on-the-go recycling, is a permanent fixture in the area.”