Peter Purves, 81, is best known for having presented Blue Peter and Crufts and lives in Suffolk with his wife Kathryn Evans.

I’m a trusting person — I trust what people say to me and my first instinct is to always believe them.

The first time I began to understand this might not always be the case was at boarding school.

The person I considered to be my best friend had come over to spend part of the holidays at my parents’ house. But when we returned to school, he wasn’t my friend any more. I just didn’t get it. 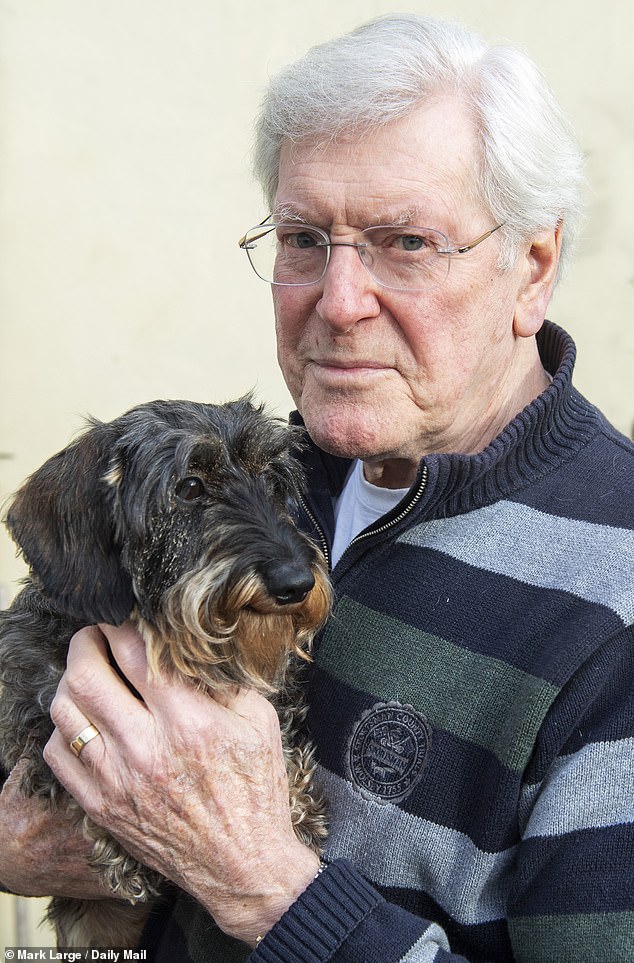 Peter Purves, 81, (pictured) who lives in Suffolk, explained the importance of not taking people 100 per cent at face value

It affected me but I didn’t learn anything from it. Ultimately, it took another incident to prove to me I ought to examine things more carefully. I was joint managing director of a video production business with a friend when we were persuaded to allow a mixed media group to take us over. A small sum was involved and guarantees of a future salary.

But they immediately changed our company’s name and — just before Christmas — told us they were closing us down. What a great present. That was a real lesson. Until then I’d believed the people were honest.

It has worked in my favour sometimes, though. Once, I was invited to go along to what seemed to be a reputable video company who had some programme ideas for me — something to do with fishing for a beluga whale on my own in the Black Sea. It sounded preposterous but I said, ‘Come back to me when you’ve fleshed it out a bit more’.

Shortly afterwards, a programme appeared on television where they had fairly well-known people who had been scammed into believing the offer was genuine and were so keen to get it they behaved rather stupidly. And that’s what I think they hoped I would do.

Having said this, I still like to think the best of people, but I don’t always take them at 100 per cent face value nowadays. And my wife helps keep me on the straight and narrow too!

Peter Purves is a brand ambassador for YuMOVE — the UK’s No.1 veterinary joint supplement brand and is lending his voice to Life In The Old Dog Yet — a campaign to remind the UK’s 10 million dog owners that dogs age faster than you think.