CLASSIC hero Kameko got back to winning ways in a dramatic Joel Stakes at Newmarket.

It had been a long-time between drinks for the 2000 Guineas winner, but after dancing every dance, the drop back to a mile ensured the champagne was back on ice. 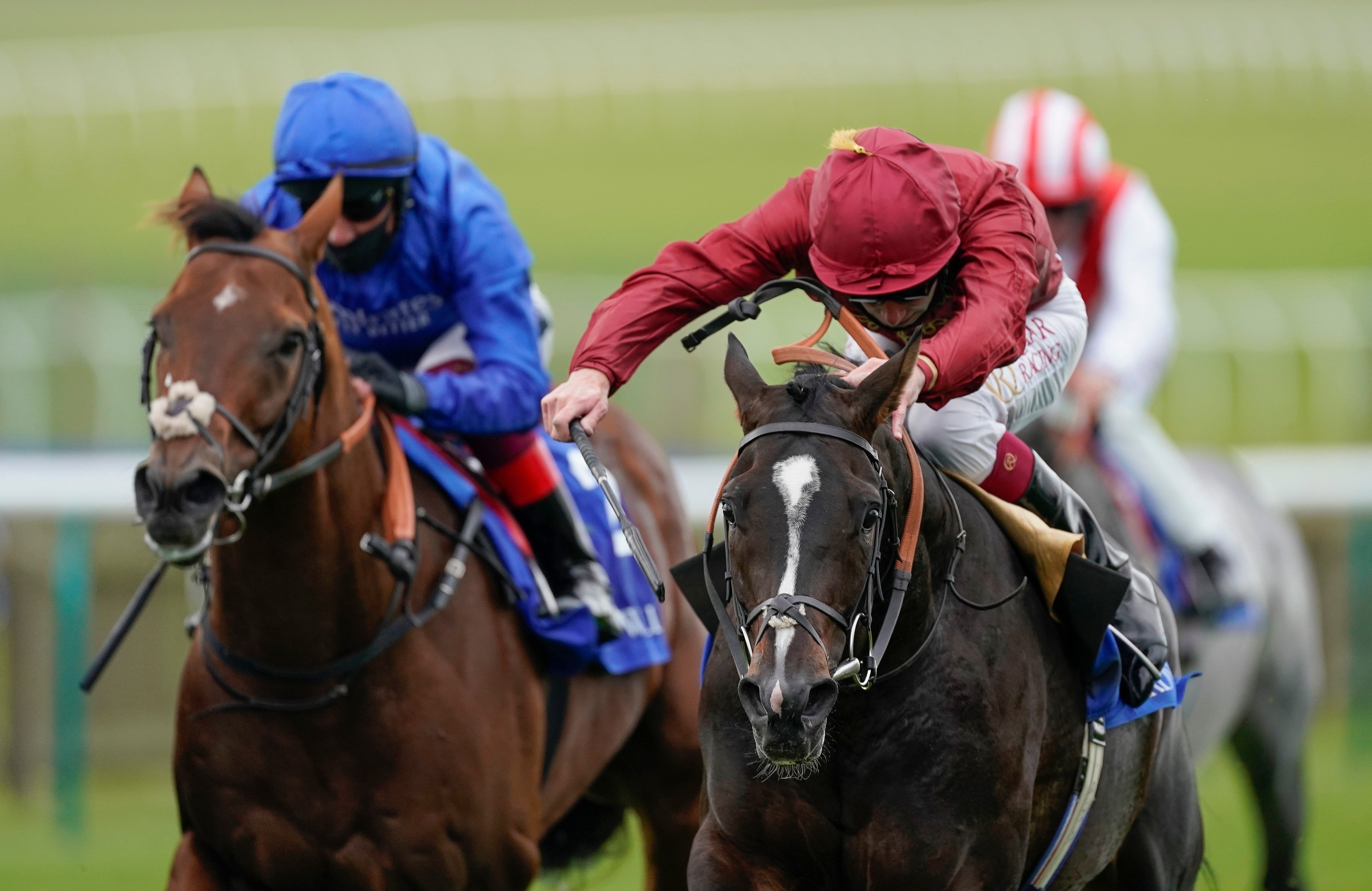 After defeats in the Derby, Sussex Stakes and the Juddmonte International, Friday’s Group 2 Joel Stakes was an important outing for Andrew Balding’s star.

And he passed with flying colours over-taking Benbatl a furlong out and holding on from Regal Reality late in the day.

The QEII on Champions Day or the Breeders’ Cup are next on the radar before he’s likely to be stood as a stallion.

Balding smiled: “That was as good as his Guineas win 100%.

“There were no hiding places today with that penalty and there were proper, older horses in there.

“There’s no doubt now he’s a miler. I’d like to go to Ascot for the QEII personally, I’d like to see him on soft ground.

"But it will be the owner's decision.

"He's a very valuable horse as a stallion and I don't want to take the risk that might effect his appeal to breeders at stud."

Winning rider Oisin Murphy was also a relieved man after his job with Qatar Racing meant he had to jump off Benbatl to ride his beloved Kameko.

He said: "I'm delighted for Sheikh Fahad. To give weight away to older horses is a very difficult task and he stuck his head out and did everything right in the race.

"He ran straight as a die. He is so tough and consistent and, on ratings, I think that will rate higher than his Guineas win as to give weight away to older horses shows what a top horse he is.

"He's such an intelligent horse. I took him down in a hack canter and I had him really quiet at the gate.

"If I lit him up at all, he would have travelled really on the bridle. I was happy for him to race a little lazily today."