When Jemma Mi Mi was left on the bench during Indigenous Round last year, it was both a public relations disaster and a much-needed wake-up call for netball.

The only Indigenous player out of 96 athletes in Super Netball, Mi Mi was snubbed as she desperately tried to flag her teammate to be subbed out in the final minute of the game. The incident ignited a wave of outrage from commentators and fans that Netball Australia simply could not ignore. 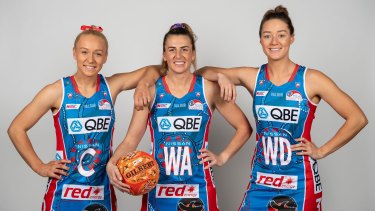 “Jemma is a role model in that she is the only Indigenous player [in Super Netball] and a lot of us look up to her,” Hawley said.

“Look, it was disappointing. But, to her credit, she was very humble about it. Obviously, it was hurtful for her not getting on.”

Hawley said while she had been supported on her journey through the netball ranks, Indigenous players are still falling through the cracks.

Hawley will captain the Netball NSW Indigenous All-Stars next week when they face the Giants Netball Academy in a curtain-raiser to the Sydney derby between the Swifts and Giants. 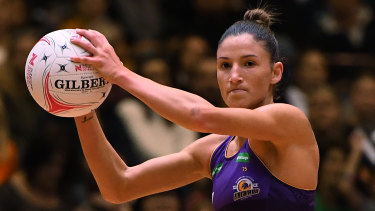 Jemma Mi Mi started for the Firebirds against the Vixens on Saturday afternoon.Credit:Getty

The 23-year-old said it was time there were more Indigenous players at the top levels of the game to help motivate future generations.

“Netball has only obviously got Jemma,” Hawley said. “It would be really nice to have lots of other Indigenous athletes come through the ranks.

“There are Indigenous athletes out there. It’s just a matter of seeing them and picking them up. There are people there, but we haven’t been involved in anything. We’re going in the right direction, but there’s a bit to go.”

Hawley was brought into the Swifts camp this week to explain the concept behind the club’s Indigenous Round uniform, which she designed.

The dress features a waterhole to represent Hawley’s hometown in Nyngan, an Aboriginal place name that means “long pond of water”.

“It’s [Indigenous Round] much more than just wearing the dress these days,” she said. “The girls are inspired and they want to know about our culture, they want to learn more.”

The Firebirds started Mi Mi against the Vixens on Saturday afternoon in a replay of the corresponding match during Indigenous round last year. The wing attack was busy early as the Firebirds took a 37-35 lead into the main break. The Vixens finished strongly, however, to win a thriller 66-64 at Brisbane’s Nissan Arena.