Rookie Cameron Kinley was signed by the Tampa Bay Buccaneers as an undrafted free agent following the 2021 NFL Draft, but he won’t be able to suit up for the defending Super Bowl champs after the U.S. Naval Academy denied his request to delay his service.

Kinley, who was a team captain for the Navy as well as a class president, participated in the Buccaneers’ rookie minicamp with the school’s permission. On Monday afternoon, Kinley released a statement regarding the ongoing situation. 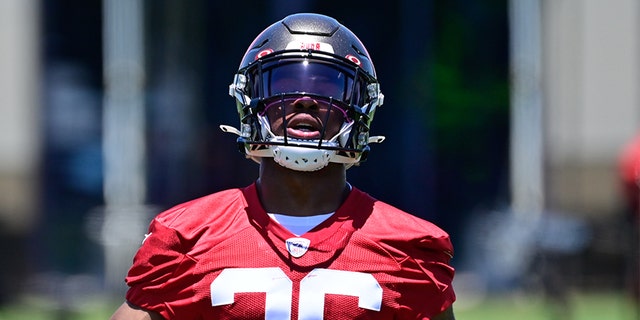 “I am very aware of the commitment that I made to service when I first arrived at the United States Naval Academy,” Kinley wrote. “I look forward to my career as a naval officer in the information warfare community. However, I am deserving of the opportunity to live out another one of my life-long dreams before fulfilling my service requirement.”

In his statement, Kinley highlighted a policy that was backed by former President Donald Trump titled the “Directive-type Memorandum – Military Service Academy  Graduates Seeking to Participate in Professional Sports” and it allowed academy graduates to pursue professional athletic opportunities. The policy was first put into action in 2019.

Kinley talked about other players that reaped the benefits of the policy, including Malcolm Perry of the Miami Dolphins and Elijah Riley of the Philadelphia Eagles, who went to Navy and Army, respectively. Kinley said, “it puzzles me as to why I am the only person to be denied this opportunity.”

“I have spent the past week processing my emotions, as it is very difficult to have been this close to achieving a childhood dream and having it taken away from me,” Kinley wrote. “I have hopes that this situation will soon be overturned and that I can get back to competing on the field and representing the U.S. Navy.”

Kinley is not permitted to appeal the decision, Divine Sports and Entertainment said in a statement.