Naomi Osaka has offered her first social media comments since her shocking withdrawal from the French Open on Monday.

The world’s No. 2 tennis player earlier talked about her battle with depression and social anxiety. French Open officials had fined her and threatened to take her out of the tournament for refusing media interviews. But Osaka beat them to the punch by withdrawing on her own, later revealing the reasons behind her reluctance.

The 23-year-old tennis prodigy wrote in an Instagram Story: “Just want to say thank you for all the love. Haven’t been on my phone much but I wanted to hop on here and tell you all that I really appreciate it.”

Osaka has not said when she will play next, but indicated she would take some time away from tennis to deal with her issues. She was next scheduled to play on grass in Berlin on June 14 but has withdrawn from that event. 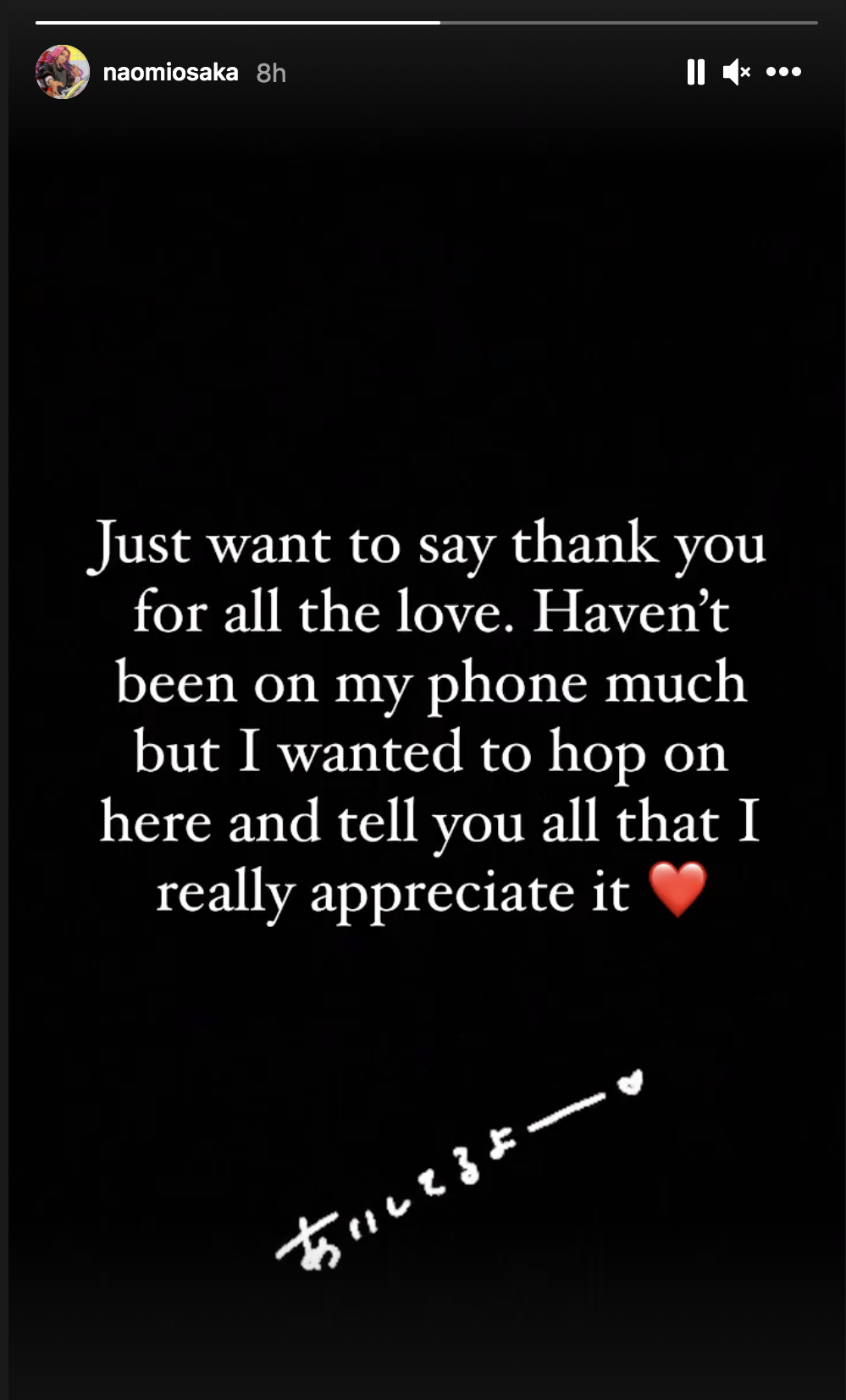