Charities are set to receive more than $100 million in federal relief as Social Services Minister Anne Ruston announces she is working on a package to bail out the sector.

Not-for-profit organisations say they are stretched to breaking point, with volunteer bases decimated due to health concerns as demands on their services continue to grow under the pressure of the coronavirus outbreak. 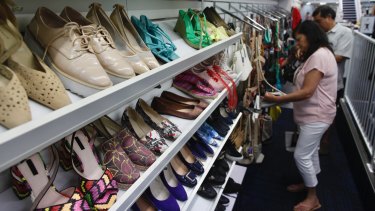 Dozens of Vinnies op-shops have closed their downs, shutting off major revenue streams for the charity.Credit:Dean Sewell

Food delivery charity OzHarvest is among a coalition of non-profits who have called for a government bail-out of the sector, which makes up 10 per cent of the workforce, and 8000 organisations handling emergency and relief services, such as housing and mental health crisis intervention.

"Our funding streams have been majorly impacted due to our flagship fundraising event and other revenue streams all cancelled and public donations down. We are asking the government for urgent funding and appealing to the public to help keep our wheels turning by donating," OzHarvest founder Ronni Kahn AO said.

In response to questions from the Herald, a spokesperson for Ms Ruston said the minister was developing a package to support charities and other community organisations. 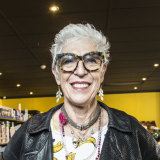 “We are investigating options for expanding support to vulnerable people, including those who are homeless such as assistance for paying bills and other essentials such as food, clothing and petrol," the spokesperson said.

Government sources speculate the relief will be valued at more than $100 million.

It is unclear at this stage how the funding will be split but those delivering frontline services such as food and emergency shelter say they hope to benefit from the cash injection.

Ms Kahn said the volume of food being made available to the charity was fluctuating, with 25 per cent less coming from supermarkets – who have had to impose restrictions due to panic buying – but more now coming from cancelled events and as a result of hospitality sector closures.

"We collected nine tons from The Star in Sydney and the Gold Coast, and two tons from Virgin [airlines] as they shut lounges and catering services," Ms Kahn said.

St Vincent de Paul Society NSW CEO Jack de Groot said their elderly volunteer base, with an average age of 72, had been greatly diminished, leading to 50 Vinnie's op-shops around the state to close in one day. 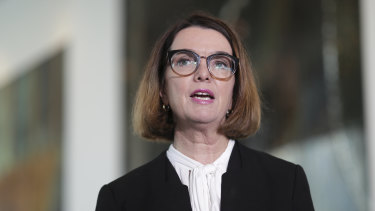 He said the charity's Matt Talbot hostel in Woolloomooloo was at capacity and a viral breakout would prove chaotic for the service.

"The big fear for us at Matt Talbot is if one of the men gets a diagnosis of COVID-19 we’re going to have to lock-down. We can't do that," he said.