LIONEL Messi is very very good at keepie-uppies, even with a bog roll.

Shortly after the pandemic sent him and the Barca squad home early, he accepted a "pass" from former team-mate Xavi, juggled it a bit then booted it on to pals Luiz Suarez, Arturo Vidal and Jordi Alba, as well as Argentina's Sergio Aguero. 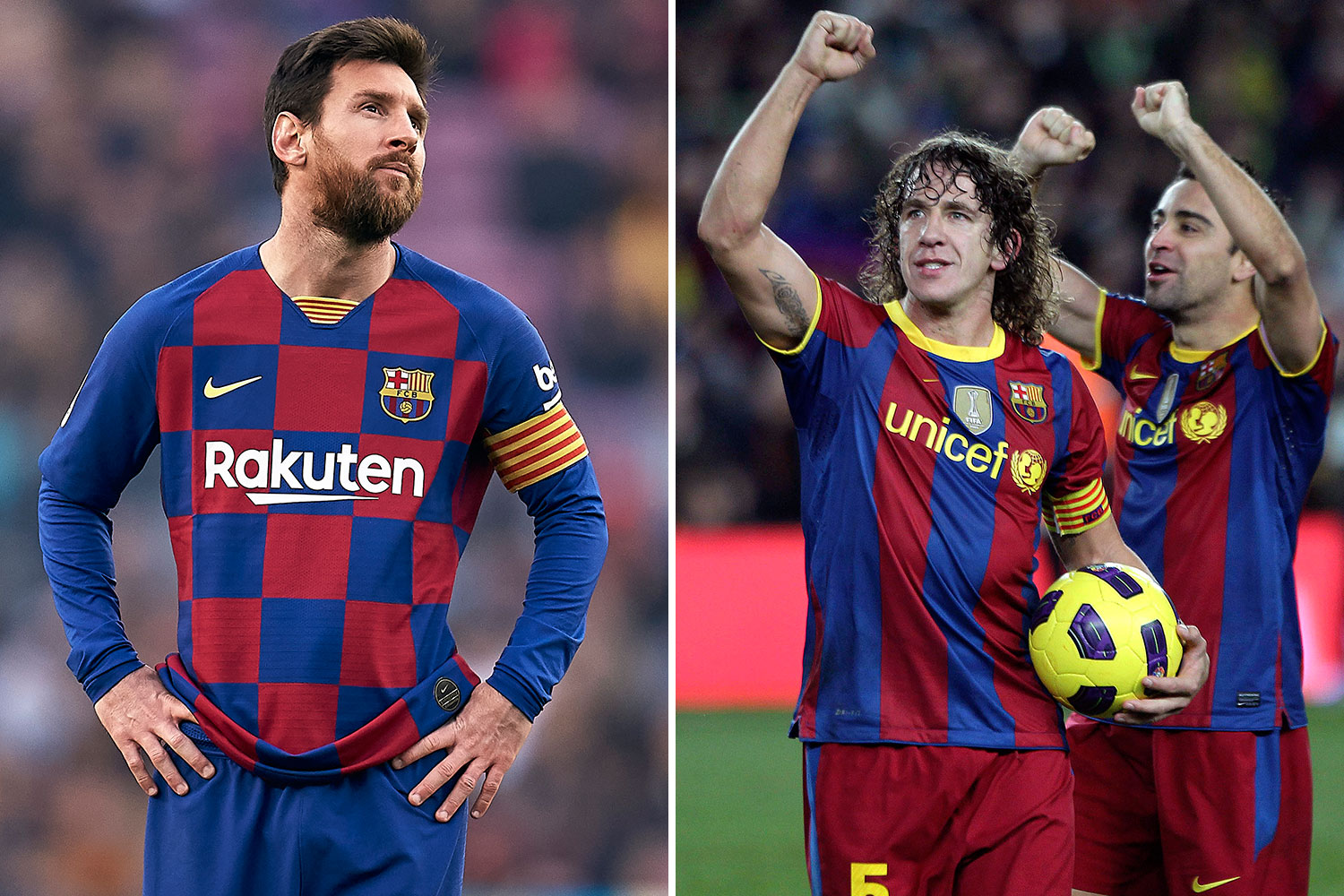 He should have passed it to the Barca boardroom too… the suits in there might be needing that loo roll for the purpose it was originally intended.

Messi – Barca's best-ever player, their skipper, their talisman – can leave for free this summer if he so chooses, and he's p***ed off. Mightily p***ed off.

Barca's first team squad agreed to a 70 per cent pay reduction during Spain's coronavirus state of emergency and vowed to go further to ensure club staff receive 100 per cent of their pay.

Behind the scenes though, the club's boss class have fumbled and bumbled and dropped the bog roll – needlessly provoking the proverbial brown storm by insinuating through media leaks that the players had been holding out.

How could Messi possibly be trying to hold onto his £116million or so annual salary in such dark times?

Well, he wasn't. And for a man of so few words, at least in public, Messi exploded.

On Monday he posted a written statement on behalf of the first-team to his 160million followers on Instagram.

It read: "First of all, we would like to clarify that we have always been willing to apply a wage cut, because we understand perfectly that this is an exceptional situation and we are always the first to help the club when we have been asked to.

"Indeed, we have often done so on our own initiative in those moments in which we have considered it important or necessary.

"For that reason, we cannot help but be surprised by the fact that from within the club there are those trying to put us under the microscope or apply pressure for us to do something that we have always been clear that we would do.

"In fact, if an agreement has taken a few days to be reached it is simply because we were seeking a formula to help the club and also to help its employees in these very difficult times.

“If we did not speak publicly before, it was because our priority was to find real solutions that could truly help the club and also those who are going to be most affected by this situation.”

Even before this latest balls-up by the Barca bureaucrats, Messi was already a bit peeved to say the least. 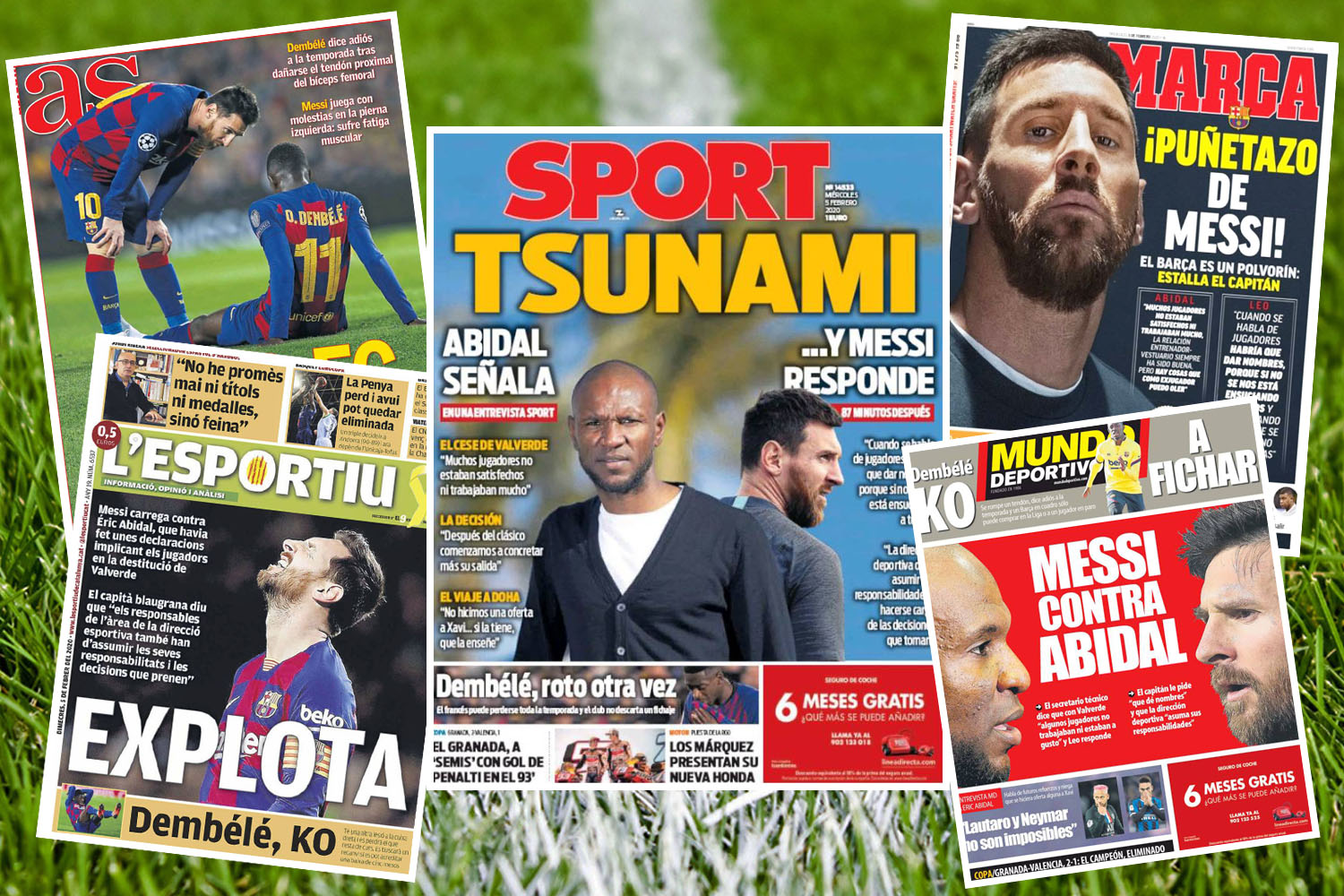 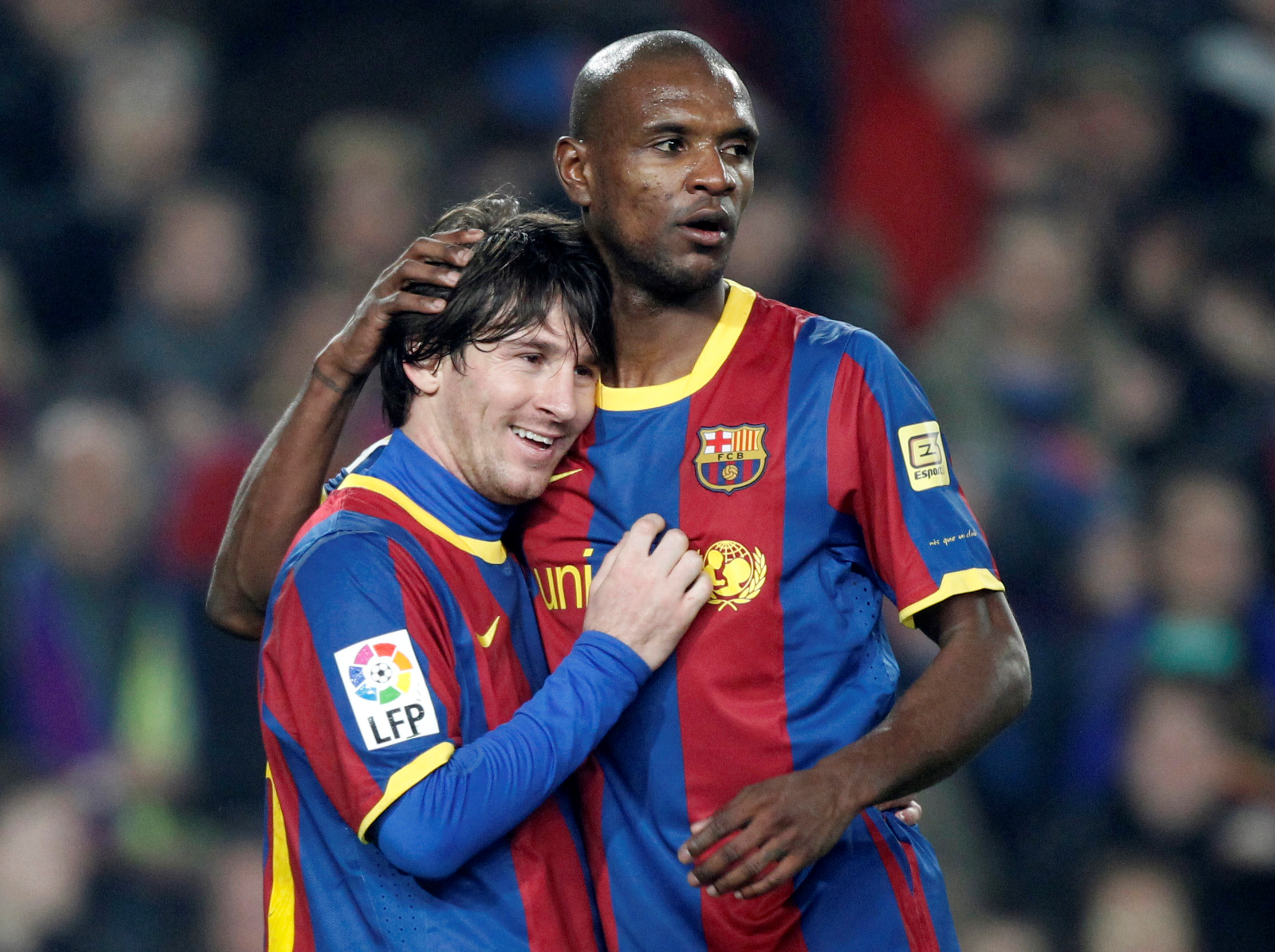 In early February he accused Eric Abidal of "dirtying" the squad when the club's sporting director effectively accused players of getting coach Ernesto Valverde the sack.

Then, a week or so later, the club had to deny it had hired a firm to produce negative social media content against Messi and his team-mates.

Messi said: "I find it strange that such a thing happens."

Indeed… now, back to that stay-at-home bog roll challenge.

Messi received the "pass" from fellow legend Xavi – who, there seems little doubt will sooner or later be Barcelona's head coach.

He's already turned the job down in fact. Xavi was sounded out by Abidal before Ernesto Valverde was sacked in January but declined.

Xavi said it was "too soon" in his managerial career – he only took up his first ever coaching role in May.

Qatari side Al-Sadd can hardly be considered at the forefront of world football, but Barca's current manager Quique Setien was out of work when he got the call after leaving Real Betis in the summer.

Valverde arrived at Barca from Atletico Bilbao. Luis Enrique came from Celta Vigo. Even Pep Guardiola was appointed Barca coach straight from the B team.

Xavi may have knocked the job back that first time, but he's clearly been making plans anyway.

CHANGE AT THE TOP

In an interview at the weekend, he said he'd like to see the return of Neymar and the signing of England winger Jadon Sancho from Borussia Dortmund.

A changing of the guard is coming at Barcelona, and it's long overdue.

A La Masia mafia seems sure to take control, a triumvirate of graduates from Barca's famed youth academy.

Xavi as coach, joined by Carles Puyol – another former Barca captain and fellow World Cup winner with Spain, plus Messi in command on the pitch in his final stretch as a player.

Another Xavi and Messi confidante, ex Barca player Jordi Cruyff – son of Johan and current manager of the Ecuador national side – could end up doing Abidal's job.

Xavi said: "I am clear that I want to return to Barca, I am very excited.

"But I made it clear to them that I saw myself in a project that started from scratch, and in which decision-making was mine.

"I like working with people I know and trust, people who are loyal, who know what they're doing. I wouldn't want any toxic people near the squad."

Xavi also said he doesn't have a problem with the current club president Josep Maria Bartomeu, though plenty fans do – with thousands waving white handkerchiefs at him at the Nou Camp a few weeks ago when they hosted Eibar.

They want him to go now, but he only has a year left anyway – whatever happens, as he cannot stand again for election.

Barca is an intensely political club and the machinations within and around the place can be truly tedious. It's part of their DNA.

Bureaucrats in suits don't win football matches though, the boys in boots do.

Football will return. And few believe Messi will ever invoke the ultimate sanction and play at his peak for any other club.

But if he does… someone better pass the Barca bureaucrats the bog roll.