MASON MOUNT has revealed he was left stunned after Luka Modric asked for his his shirt.

Mount came up against one of his heroes during Chelsea's Champions League win over Real Madrid. 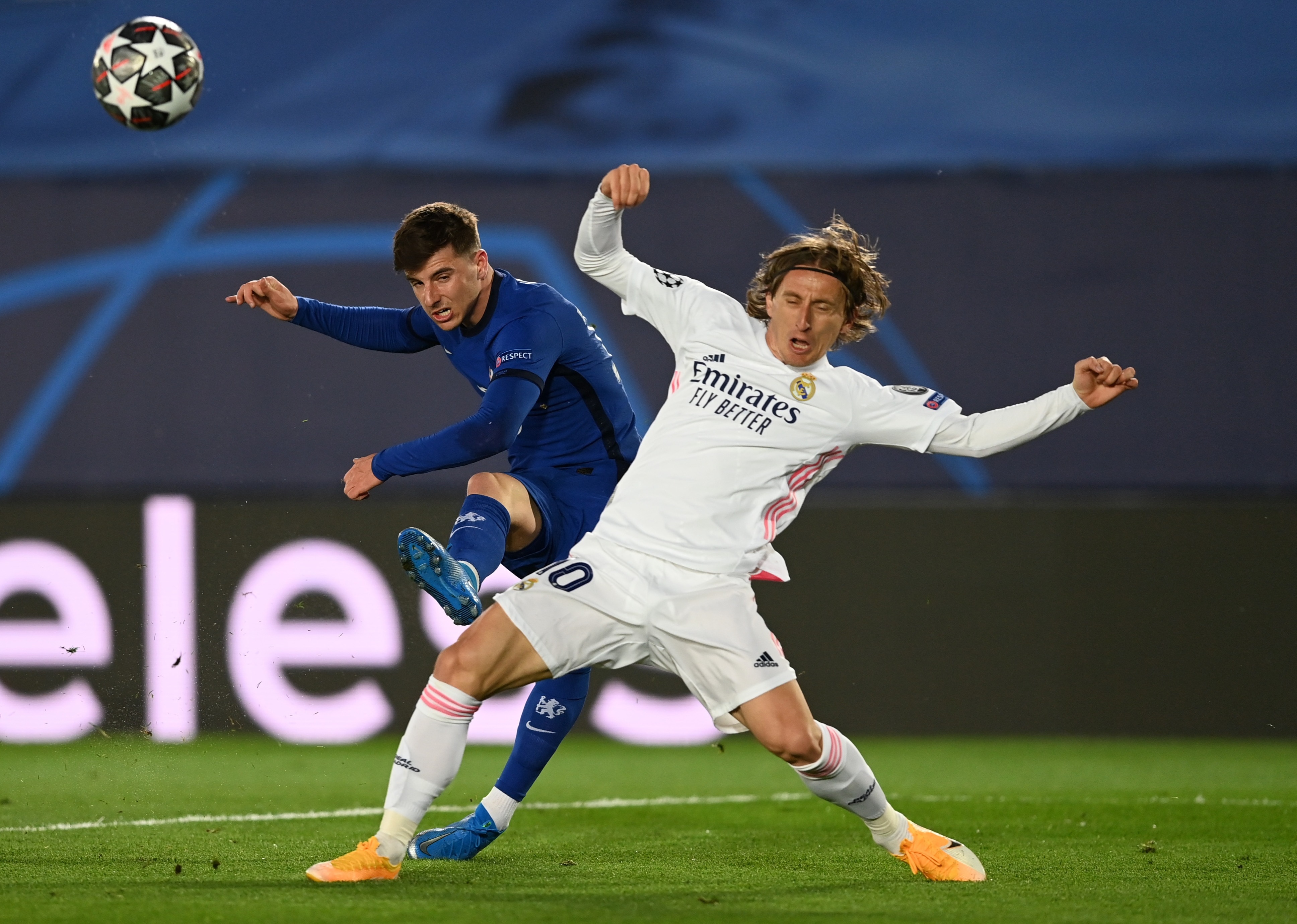 Mount said: "I always looked up to him as a player in the Premier League at Tottenham.

"It was weird playing against him because I watched him so much, I knew his moves and what he was going to do."

Chelsea and England star Mount has long been an admirer of Croatia playmaker Modric.

Speaking earlier in his career when asked about his footballing heroes, Mount said: "When I was younger and watching the Premier League, Modric at Tottenham, I always loved the way he played and he was always a massive player for Tottenham, so I watched him a lot."

Mount named former Chelsea boss Frank Lampard, Xavi and Andres Iniesta as the other footballers he looked up to as a youngster.

But Mount was shocked that Real Madrid midfielder Modric asked for his shirt after their recent Champions League tie.

Mount will come up against the former Tottenham star again this weekend when England host Croatia in their Euro 2020 opener.

And his recent experience of being on the winning team, as he helped Chelsea lift the Champions League, can only help England's chances at Wembley.