Mariah Carey has owned Christmas soundtracks for almost three decades. The 50-year-old singer has made her mark on the music industry with her incredible ballads, and iconic voice. However her 1994 Christmas song could be her crowning glory. The star released All I Want For Christmas Is You in August of the mid-90s, and it was an instant smash hit. The song received critical acclaim, with titles such as The New Yorker calling it “one of the few worthy modern additions to the holiday canon”.

It has even gone on to become one of the best-selling singles of all time.

As of 2017, the single had reportedly earned $60 million in royalties, 23 years after its initial release.

It has also gone on to sell over 16 million copies – and counting.

Unfortunately for the star, she has never received a Christmas week number one in the UK singles chart. 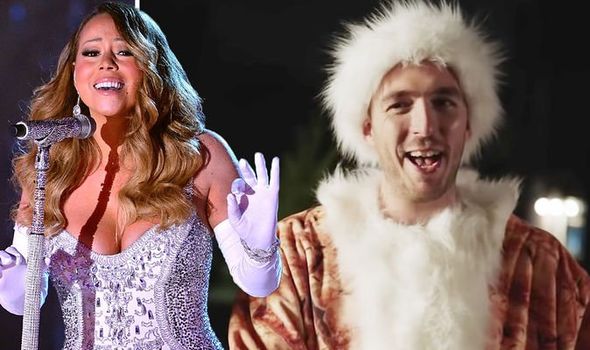 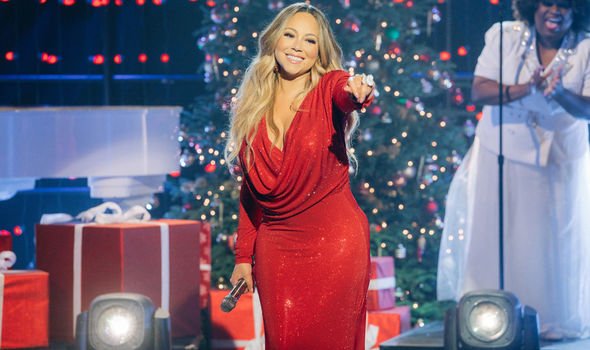 Christmas 2020 may be different, though, as Mariah has found herself at the top of the singles chart just two weeks before the holiday.

At the moment, Mariah is number one on the official UK singles chart, ahead of WHAM, with Last Christmas, and Ariana Grande with Positions.

Other notable Christmas inclusions in the top ten of the chart art Elton John’s Step Into Christmas, The Pogues’ Fairytale of New York, and Michael Buble’s It’s Beginning to Look a Lot Like Christmas.

But Mariah is in danger of being knocked off the top spot at the last minute this year. 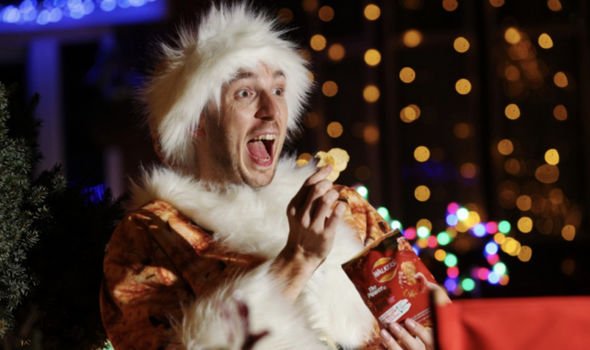 Internet sensation LadBaby has claimed the Christmas number one for the last two years running.

2018 saw the act storm the charts with We Built This City, defying the odds and making history with his parody song.

2019 saw the viral hit do only what The Beatles and the Spice Girls have done – claimed a second consecutive Christmas number one.

LadBaby took I Love Sausage Rolls all the way to the top once again, beating out the classic festive tracks – including Mariah Carey’s timeless song.

Christmas number one: LadBaby on why they made parody song

So far, LadBaby hasn’t announced a third single to take on the charts just yet – but that hasn’t stopped the odds racking up in his favour.

At the moment, Mariah Carey is favourite to take the top spot, with an impressive 6/4 in the betting for Christmas number one at Ladbrokes.

Despite this, and despite not having a song out yet, LadBaby is right behind her with an incredible 4/1.

Alex continued: “And as things stand it’s the latter who looks set to bag herself a Christmas number one.”

Although Mariah is currently looking likely to take the win, everything may change

Fans will have to wait and see how the odds continue to change in the coming weeks, but it will surely be an interesting month for music-lovers.