DANIEL JAMES's joy at the Wales equaliser past Switzerland was short lived after he was shocked to be substituted immediately afterwards.

Kieffer Moore headed the Dragons' first goal of Euro 2020 to make it 1-1 in Baku on Saturday. 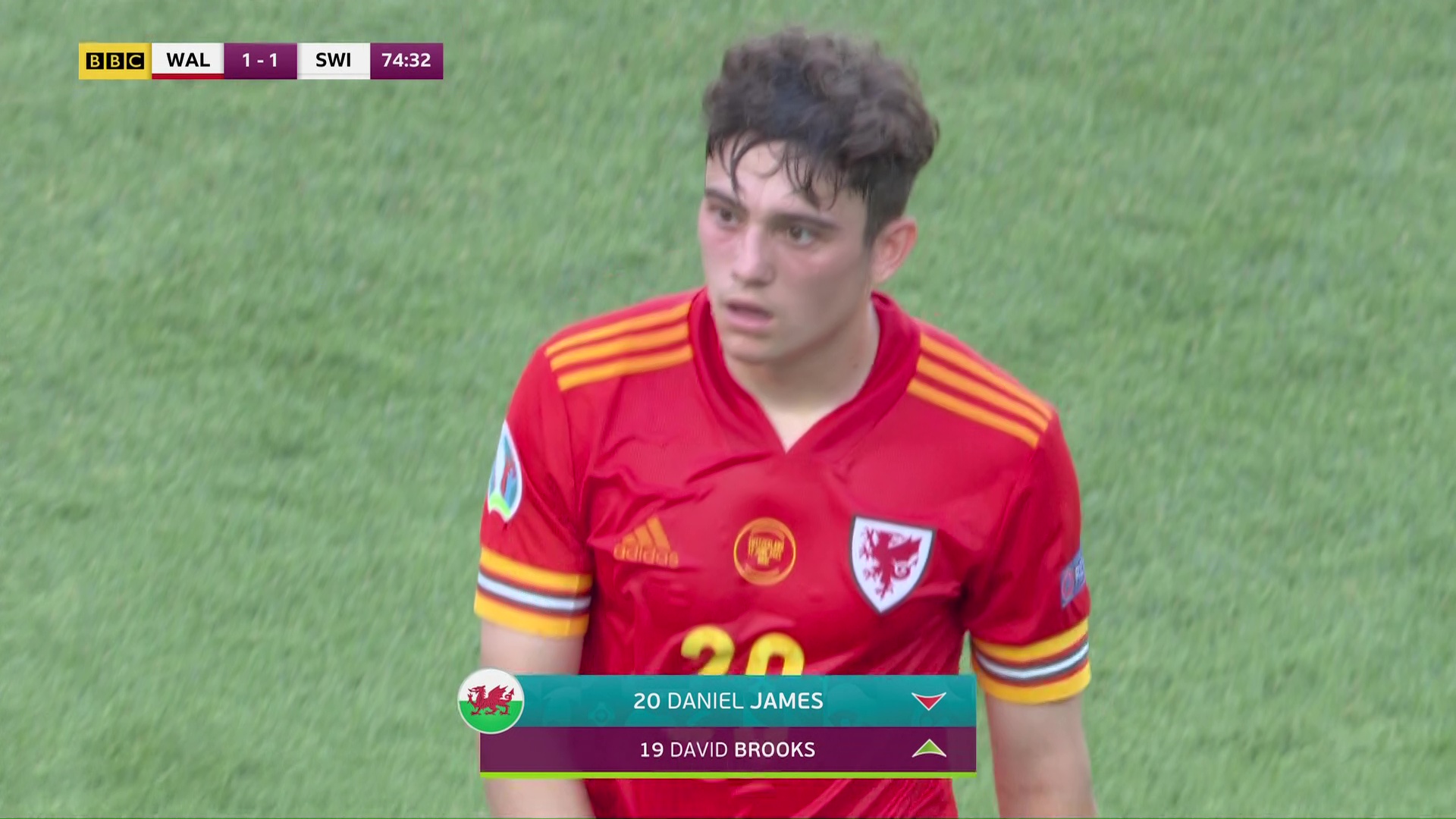 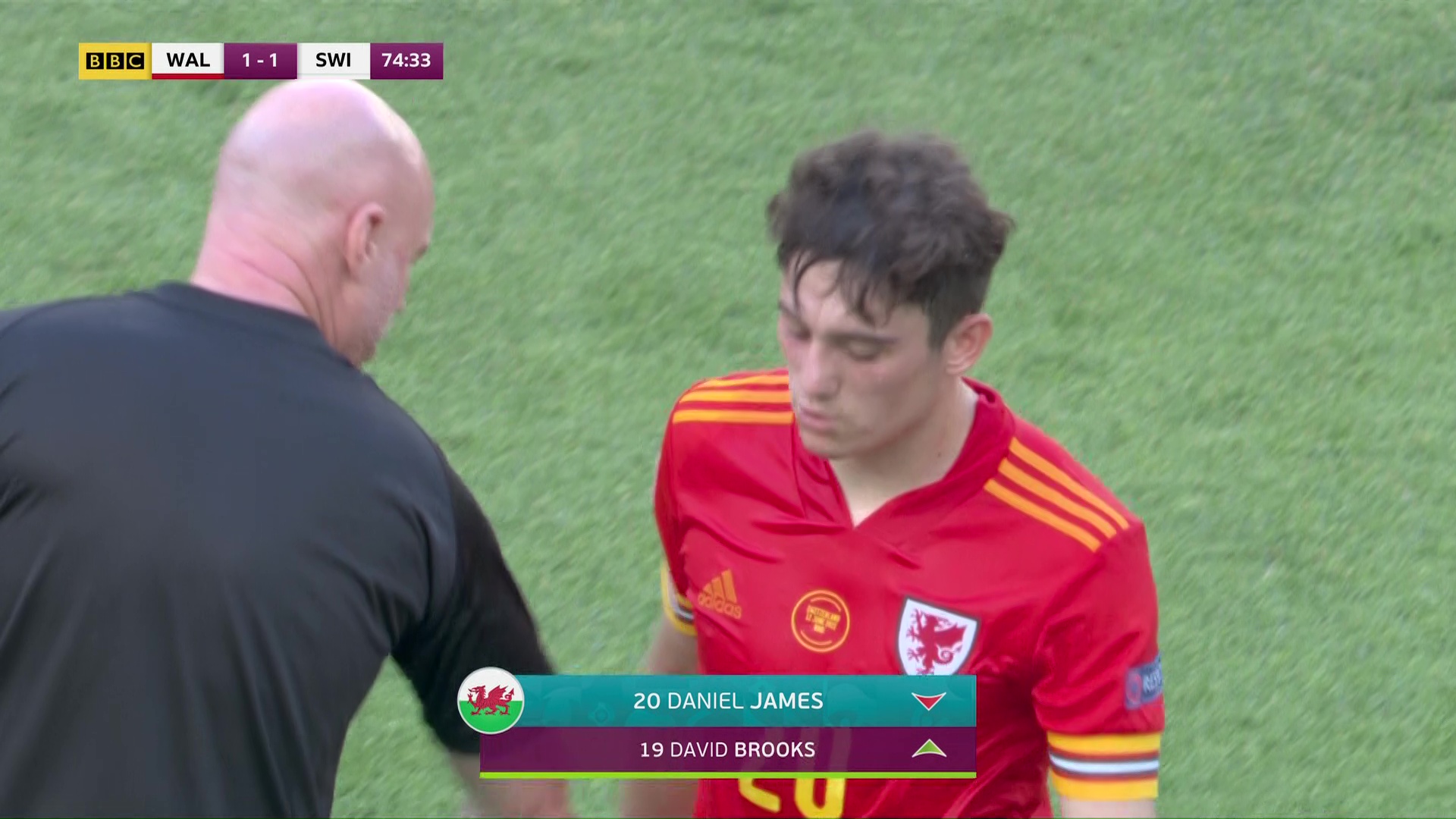 But manager Robert Page decided to go ahead with a change nonetheless, bringing on David Brooks for James.

The Manchester United winger had played a part in the build-up that won the corner and was heavily involved throughout his 74 minutes on the pitch.

And he certainly did not expect to come off, pointing at his shirt and appearing to ask 'me?' as he trudged off.

The evidently annoyed 23-year-old shook his head but also shook the hand of both his replacement and manager while departing.

The stats back James up as an influential player in the 1-1 draw although the left-footed Brooks, once touted as a £40million target for Manchester United, is also capable of serious attacking threat.

James had won more of his duels (71.4 per cent) than any other Welsh player in Azerbaijan and provided the best passing accuracy in the opposition half (87.5 per cent).

No one in a red shirt matched his six crosses and only Joe Morrell could also boast what was statistically deemed a 'good' cross, with two.

Page will have a decision to make as to whether he starts James or Brooks against Turkey on Wednesday evening.

The point means a victory in their next Baku clash would guarantee a top-three finish in Group A.

It was for the good of the team, there's three games in quick succession and he looked dead on his feet.

"It was for the good of the team, there's three games in quick succession and he looked dead on his feet.

"That's because of the work he put in so when you know you've got somebody of the quality of David Brooks to come on and get crosses in from the outside, then it's another option.

"He was disappointed coming off but he's great in [the dressing room] now, and it's all about the squad."