MANCHESTER CITY are set to be offered David Alaba as a makeweight for Leroy Sane by Bayern Munich this summer.

The Austrian left-back is one of the German giants' top stars, but it is understood he is looking for a new challenge. 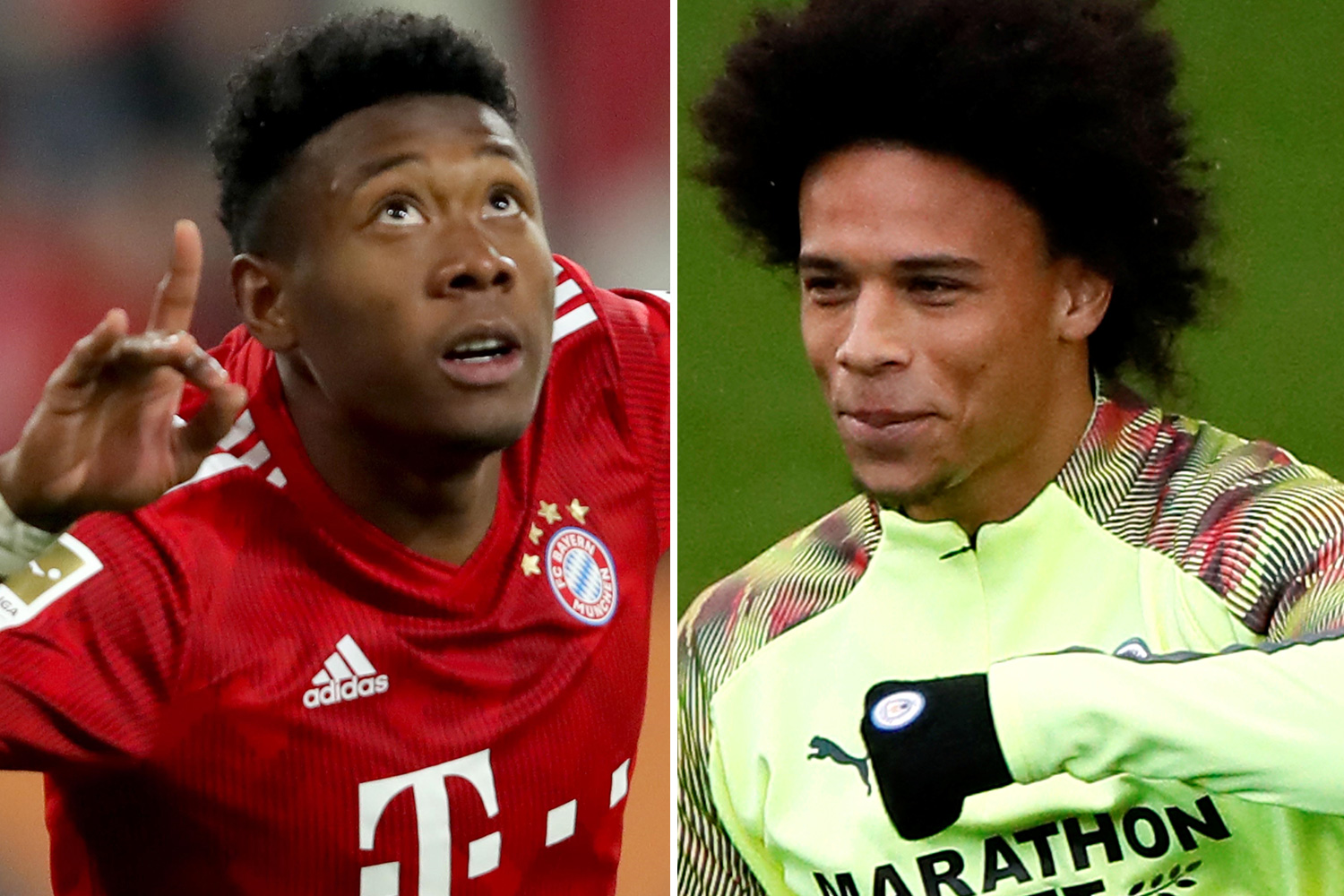 The Bundesliga table-toppers have been tracking Sane for a number of years, and are still keen to snap him up.

It is understood Bayern are worried more top sides will come in for the 24-year-old when the transfer window opens.

Pep Guardiola is interested in bringing Alaba to City, with the pair having a strong relationship since their time together in Germany.

And the German club are believed to be happy to offer around £50m in cash AND the defender as part of a deal.

An Etihad source said: “Leroy is not for sale but there has been interest from a number of clubs for him.

“It is well known that Pep and Alaba have a good relationship after he turned him into a star all those years back.

“We are sticking to our valuation over Leroy though. It would have to be a huge offer to even contemplate a move.”

City value Sane at around £130m, and would only let him go for a world record fee if Bayern came back in.

The ex-Schalke man has missed the entire campaign since suffering a knee injury during the Community Shield over Liverpool last August.

SunSport understands Guardiola wants to bring in a left-back and centre-half to improve his defence this summer.