Lobster businesses in a pinch as higher prices cause slowing demand

Lobsterman from Maine are speaking out over recent warnings about the product they catch to make their living after a West Coast aquarium discouraged consumers from purchasing lobsters.

The Monterey Bay Aquarium, in Monterey, California, is standing by its decision to "red-list" the lobster industry over concerns that North Atlantic right whales are harmed in the fishing process.

"We stand by our science-based assessments," Seafood Watch, a sustainable seafood advisory list released by the aquarium, told FOX Business via email.

Specifically, they charge that North Atlantic right whales, which number less than 340, become entangled in the lobstermen's buoy lines.

The Seafood Watch website’s "red list" advises consumers to "take a pass on these [species] for now; they're overfished, lack strong management or are caught or farmed in ways that harm other marine life or the environment." 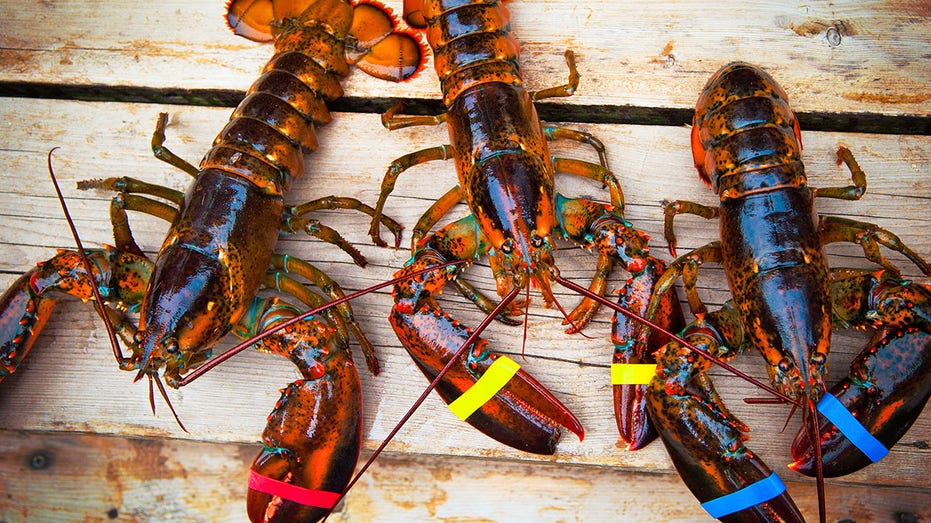 One Maine lobsterman speculated that the move to “red list” his industry was to reduce the number of fishermen who are on the coast — perhaps to make room for the construction of windmills.  (iStock / iStock)

Other lobsters included in the warning include a green "best choice," a yellow "good alternative" and a blue "certified."

The aquarium told FOX Business via email that Seafood Watch "started the assessments [you're] inquiring about in 2018," after 17 North Atlantic right whales were reported dead in the United States and Canada the previous year.

As a result of the red listing of the lobster industry, HelloFresh and Blue Apron — two meal kit companies — have now removed lobster from their consumer meal kits, the Associated Press reported.

Tony Bray, 49, of Deer Isle, Maine, began lobstering at "around age 12." He did not mince words when asked if he has ever had a whale entangled in his gear.

Bray speculated that the move to red list his industry was to reduce the number of fishermen who are on the coast of Maine, perhaps to make way for the construction of windmills. 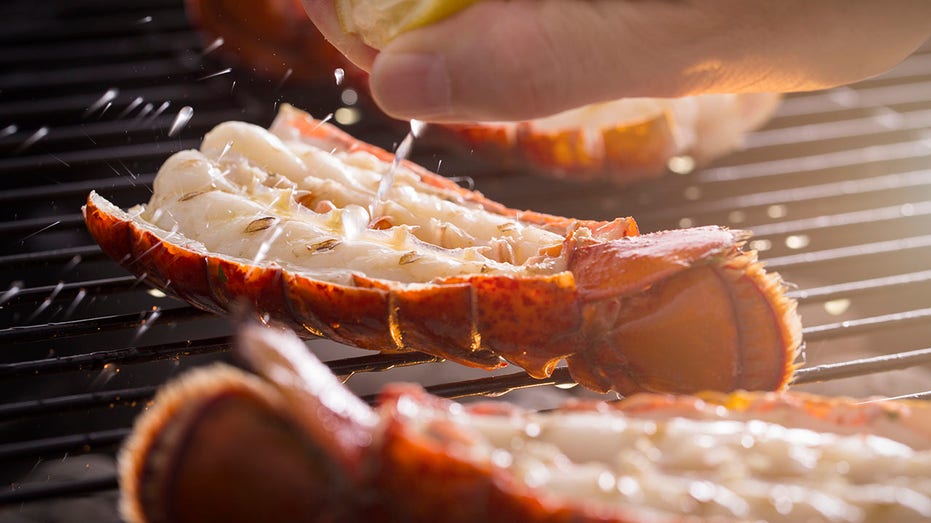 As a result of the red listing of the lobster fishing industry, HelloFresh and Blue Apron reportedly removed lobster from their meal kits. (iStock / iStock)

"They want fishermen out of the way," he said. "The Gulf of Maine is not the problem."

Another lobsterman, Kristan Porter, told FOX Business, "Would you think in 20 years or more there couldn’t be one [whale death] they could identify as [caused by] U.S. gear? What are the odds of that?"

Porter, who fishes out of Cutler, Maine, previously served as president of the Maine Lobstermen’s Association.

He said that he has been a lobsterman for over 30 years.

"I think they’re targeting all industry, all fishing industry," he said. "The only fisheries that they have on their green list are aquaculture."

Aquaculture, Porter explained, refers to the process of growing fish or seafood in pens or tanks, rather than catching it in the wild in the ocean. "We always say that ‘wild caught’ is the best fish," he said. 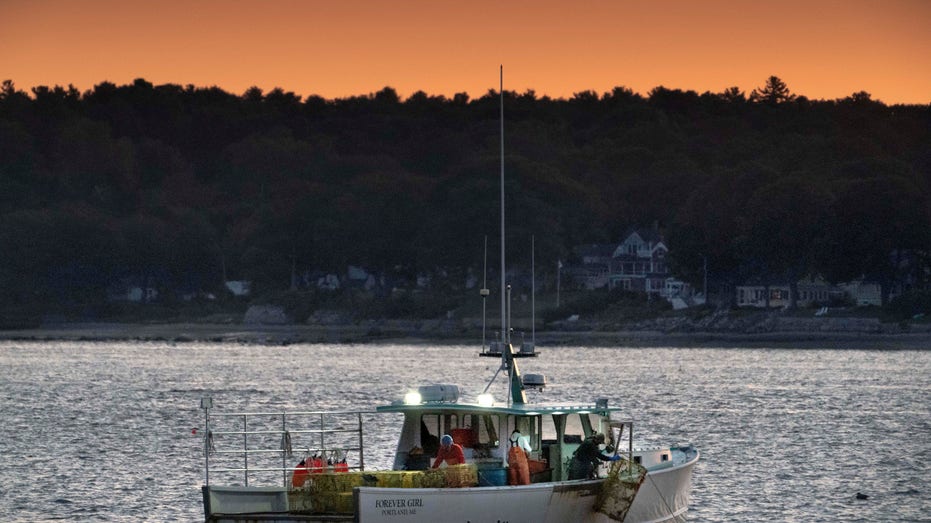 The crew on a lobster boat hauls traps at sunrise off Portland, Maine. The letter from lawmakers requested that the aquarium “immediately reverse the irresponsible designation,” adding that “the publicly available facts rebut this aggressive action.” (AP Photo/Robert F. Bukaty / AP Newsroom)

"Your accusation that Maine lobstermen are to blame for the troubles of North Atlantic Right Whales is flat-out wrong," said the letter, which was published on Sen. Angus King's (I-ME) website.

“Right whale deaths or serious injury have never been attributed to Maine lobster gear,” said Angus King in the letter.

The letter continued, "Right whales are not dying in Maine lobster gear and the report blindly ignores everything that Maine lobstermen have done to create a sustainable industry."

King requested that the aquarium "immediately reverse the irresponsible designation," adding that "the publicly available facts rebut this aggressive action."

"Right whale deaths or serious injury have never been attributed to Maine lobster gear," said King in the letter. The last known entanglement with Maine lobster gear occurred in 2004, he said — and the whale survived. 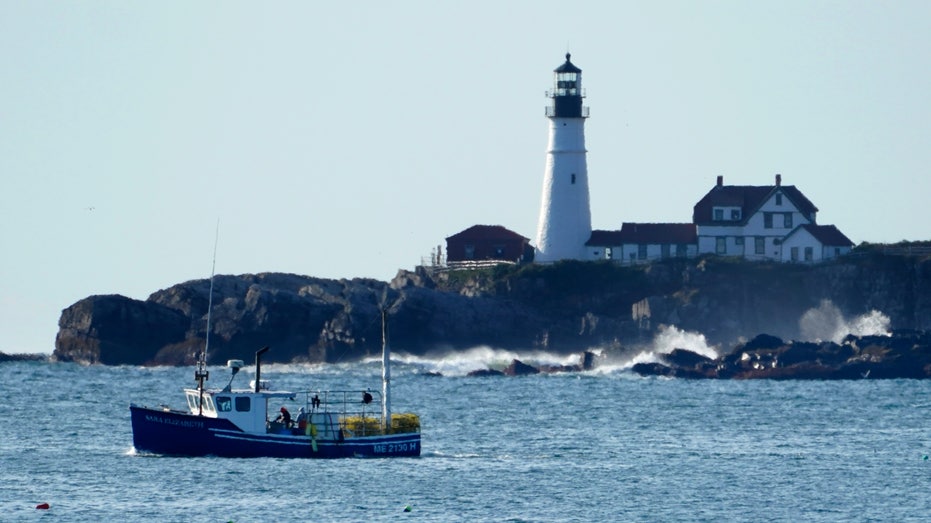 A lobster boat hauls traps near off Cape Elizabeth, Maine. “We’re getting penalized by someone in California who thinks we can change overnight. And we can’t, and there’s no reason to,” said one lobsterman.  (AP Photo/Robert F. Bukaty / AP Newsroom)

The remaining whales were either too far decomposed to determine a cause of death or their bodies could not be examined.

By red listing the lobster industry, wrote King to the group, Seafood Watch has "appointed [itself] Judge, Jury, and Executioner of the Maine lobster industry — ignoring clear facts, and not meeting even the most basic burden of proof before coming to a conclusion."

“We’ve taken lines out of the water, we’ve gone to different types of lines — sinking lines — we’ve put breakaways in our lines [and] we’ve put more traps on one line.”

He added, "Your report repeatedly confesses that there is not any hard evidence to back your claim, and admit that Maine lobster is being ‘red listed’ not on a factual basis, but ‘until there is more specific information available regarding which fisheries are responsible for the unattributed entanglements.’"

That, said King, is not science, but rather an "irresponsible conjecture, a baseless smear and an egregious violation of the scientific principles you claim to stand for."

The letter continued, "This is among the most irresponsible actions we have ever seen in our years of public service, and we are deeply disappointed that you have allowed this action to — perhaps irreparably — tarnish the name of your previously respected institution."

There has been additional pressure on this Maine industry recently.

The National Marine Fisheries Service issued new regulations last year that prohibited lobster fishing with vertical buoy lines in federal waters off Maine's coast, also in a bid to protect right whales, according to its website. 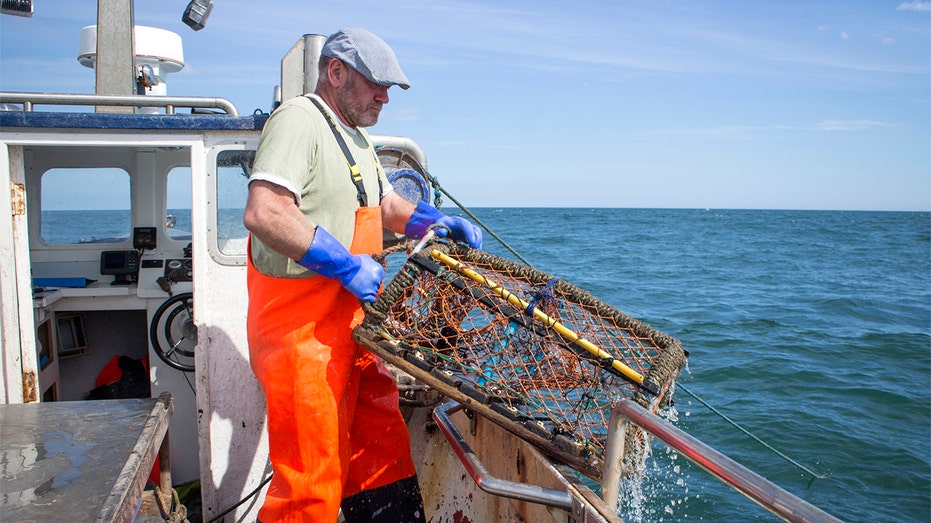 Lobstermen have both lower and upper size limits for lobsters they can catch; they have taken other steps to protect wildlife, said one lobster fisherman. (iStock / iStock)

Responding to the industry pressure from NOAA, Congress passed a funding package in March of more than $17 million to help the industry adapt to the new federal rules, local broadcast station WBUR reported.

The amount includes $2 million for lobster and right whale research, along with monitoring and conservation efforts, the outlet said.

The U.S. District Court for the District of Maine then issued a preliminary injunction to halt enforcement of the rules. However, the U.S. Court of Appeals for the First Circuit in Boston vacated that ruling this past July, New England broadcast network NECN reported.

“I think they’re targeting all industry, all fishing industry. The only fisheries that they have on their green list are aquaculture.”

In the latest legal setback, a federal judge this month rejected a lawsuit brought by Maine lobstermen aimed at blocking the new regulations designed to protect whales.

The Maine Lobstermen’s Association sued to "stop or delay" the regulations that will limit fishing in federal waters, as local station WABI in Bangor, Maine, reported.

The lawsuit says that the National Marine Fisheries Service "acted arbitrarily" by failing to rely on "the best available scientific information" — and by not taking into account the "positive impact of conservation measures already adopted by the Maine lobster fishery," the group said.

Lobster fisherman Kristan Porter took issue with the claims of the aquarium, telling FOX Business that Maine’s lobster industry is "one of the most sustainable fisheries in the world."

Lobstermen have both lower and upper size limits for lobsters they can catch — and they have taken other steps to protect wildlife, he noted.

"We’ve taken lines out of the water, we’ve gone to different types of lines–sinking lines — we’ve put breakaways in our lines, we’ve put more traps on one line," he said, listing off recent changes adopted by the industry to protect whales.

"And yet we’re getting penalized by someone in California who thinks we can change overnight," Porter said.